How Are Scorpions and Spiders Similar?

As an experienced homeowner (or renter), you likely don’t have any trouble telling common types of household pests apart. Two of the most well-known household pests, scorpions and spiders, have striking physical appearances that often allow these pests to be identified within several seconds of observation. However, these two pests may have more in common than you think. The following are some of the major anatomical, reproductive, and behavioral similarities of scorpions and spiders. 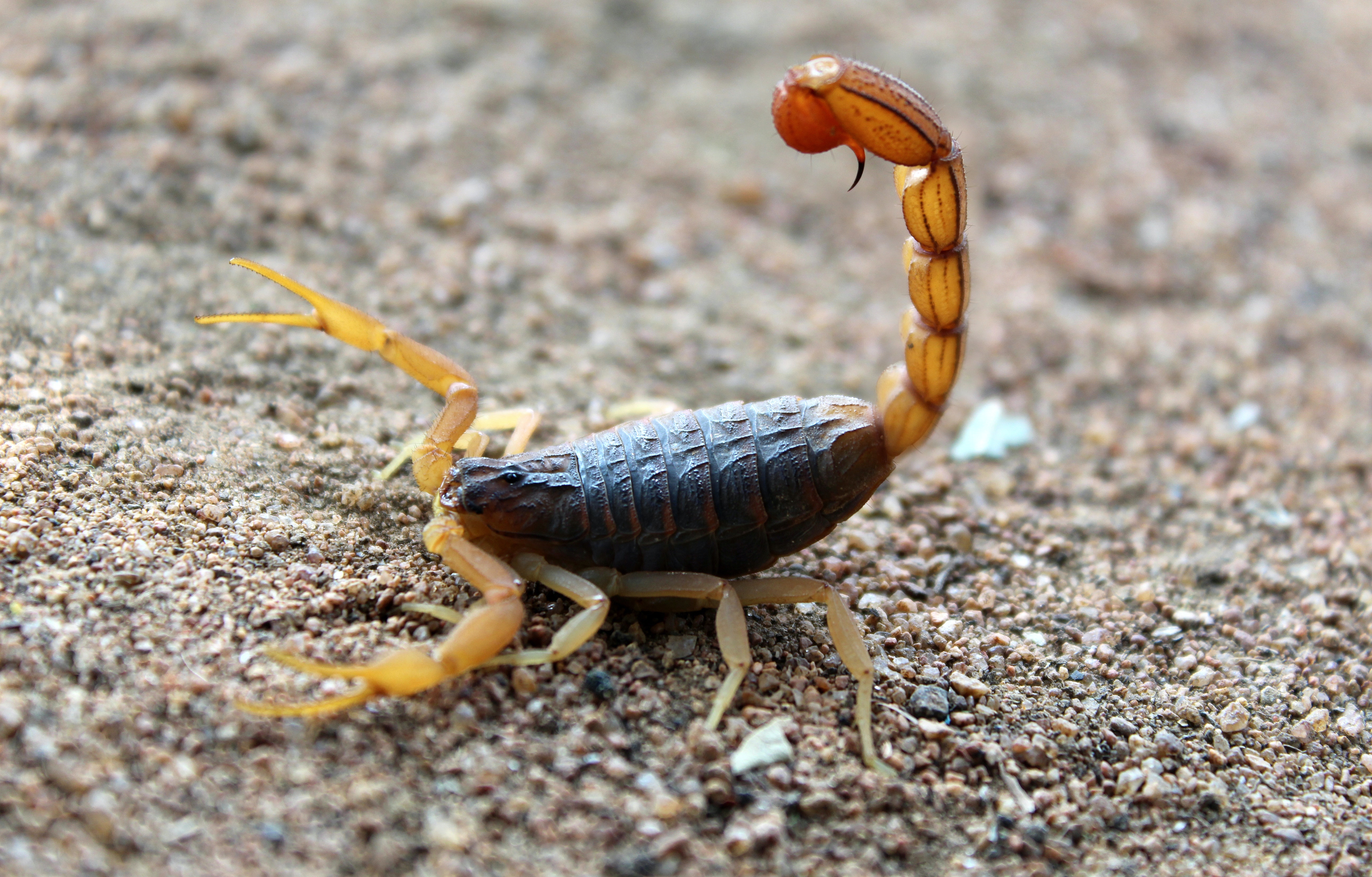 Odds are, if you compared a scorpion and a spider side by side, you’d be able to identify which pest is which due to their physical characteristics. However, many people are surprised to learn that both scorpions and spiders are arachnids, which means that both creatures, as adults, have four pairs of legs and two distinct body segments. The front section, or head, is known as the cephalothorax, while the back section is known as the abdomen. Neither scorpions nor spiders have wings or antennae. Instead, they use small, sensory organs to detect nearby prey.

Both pests have multiple pairs of eyes, with some species of scorpions having as many as five pairs, and some spiders having up to four pairs. Neither pest has particularly good eyesight, and often must rely on their extra legs to travel around, catch prey, and avoid predators. These pests do have a few striking physical differences, however. While spiders use a set of sharp fangs to inject venom into their prey, scorpions do not have fangs, and instead use a painful stinger and pincers to strike, catch, and kill their prey. Likewise, adult spiders tend to have soft, rounded exoskeletons, or outer shell, while scorpions have elongated, hard-shelled exoskeletons.

Anatomical similarities aren’t the only things scorpions and spiders have in common. Both pests are carnivores and feed on various small insects. Considering most species of scorpions and spiders are nocturnal, both pests are primarily active at night, including searching for and consuming food. Scorpions eat larger food items than spiders, including reptiles, rodents, and other small mammals. However, it is the larger scorpions that are capable of consuming reptiles and rodents, not the smaller scorpions that are more frequently encountered by homeowners.

Both scorpions and spiders are loners, barring a few exceptions, and tend to live in solitude. When it comes to living spaces, however, these pests have a few differences. Though not all spiders spin webs, most spiders are notorious for weaving different types of webs that help them catch and consume flying insects. These webs typically appear in outdoor spaces, though some species prefer to spin webs between building eaves and within unbothered structural spaces. The appendages that give spiders the ability to spin webs, known as the spinneret, are not present on the scorpion body. All spiders have spinnerets, even if they don’t spin webs. Instead, scorpions tend to inhabit hidden spaces underneath rocks, leaf piles, and logs, though some will also live in bushes and trees. While the typical living locations of scorpions and spiders differ, both pests use their surroundings to hide out and wait for potential prey to pass by. Once they sense a potential meal, they will emerge from their hiding space to attack.

Both scorpions and spiders live in a variety of natural habitats, which include deserts, forests, and some mountainous regions. However, both pests are sensitive to extreme temperatures. This means that when the summer and winter months arrive, especially in less temperate climates, scorpions and spiders will often head inside homes, apartments, and commercial buildings to seek out a more comfortable environment.

From the beginning, scorpions and spiders differ in h ow they reproduce their young. Spiders lay their eggs in a small sac, which typically takes bet ween two to three weeks to hatch, while scorpions give birth to live scorplings. These litters can contain as few as two scorplings, while others can contain as many as 100. Once the scorplings are born, they are transported around on the back of their mother for the first several weeks of their lives, while spiderlings immediately set off on their own after hatching.

In order to attract potential mates, ho wever, scorpions and spiders have a number of similarities in their mating rituals. The males of both species are the ones who court potential mates, and they do so by shaking and vibrating their bodi es. This sends out a signal to nearby females that they are available for reproduction. Once the females have been courted, the males deposit a spermatophore into the female’s abdomen to help fe rtilize her.

Though you may not suspect that scorpions and spiders have much in common just by looking at them, these pests have many similarities when it comes to their physical, behavioral, and reproductive characteristics. And though they may look different, both pests can be an unwanted presence inside an otherwise clean home. Fortunately, the professional service technicians at Termi nix can help. If your house has become home to spiders or scorpions, learn more about our residential pest control treatments.