Seven Strange Insects from around the World

Among all living organisms, insects are the most diverse. 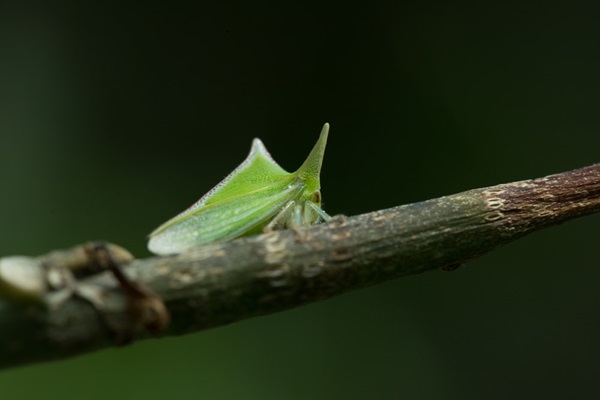 Millions of insect species cover the globe, thriving in virtually every environment. Wherever in the world you travel, you are likely to encounter some colorful, bizarre and fascinating insects.

The thorn bug is native to Mexico and southern Florida, where it is considered a significant agricultural pest. This creature earns its name thanks to its most prominent feature. Its shell resembles one-half inch rose thorn and serves as protective armor. The bright green shell also helps these sap-suckers camouflage themselves. But, beyond the prick of their shell, the thorn bug has other defenses. Thorn bugs communicate with each other using chemical signals. This form of communication helps protect young thorn bugs (nymphs) in particular, as the chemical in question is unappetizing to predators.

Assassin bugs possess long beaks for stabbing and killing prey. With their beaks, they also inject a paralyzing toxin. This same substance contains digestive enzymes that liquefy prey from the inside out. So the assassin bug’s beak also plays the role of a giant drinking straw. Despite their strange table manners, assassin bugs are considered beneficial insects because they feed on caterpillars and other bugs that are harmful to desirable plant life. Assassin bugs can be found all over North America and in Hawaii.

Related > Get to Know the Kissing Bug: A Little Insect with A Big Reputation

This rainforest resident’s scientific name, Bocydium globulare, provides some sense of what makes it so distinctive. The Brazilian treehopper (a cousin to insects common across North America) wears a “helmet” that sports a crown of furry spheres. Scientists are still puzzling over the purpose this elaborate headgear serves. Travelers are most likely to spot this species of treehopper chewing on the leaves of the Glory Bush, a tropical plant most prized for its brilliant purple flowers.

These dragonflies are very effective hunters. They catch more than 95 percent of their prey while airborne and often feed without landing. This dragonfly is also highly maneuverable. Its four large (up to 5 inches long) wings are attached to the thorax by separate muscles and can pivot and flap independently of each other. Among its many aerial tricks, the Southern Giant Darner can hover, dive, fly backwards and even upside down.