Does spotting a silverfish or cockroach make you uneasy Well, theyre nothing compared to the giant bugs of prehistoric eras.

Does spotting a silverfish or cockroach make you uneasy? Well, they’re nothing compared to the giant bugs of prehistoric eras.

It’s pretty likely that at some point you’ve had an insect encounter you found frightening or, at the very least, annoying. But back in the prehistoric eras of planet Earth, there were some giant bugs to contend with. And though you definitely don’t want to come across these extinct insects in your home or garden, learning about them does make for a fun and easy science lesson. 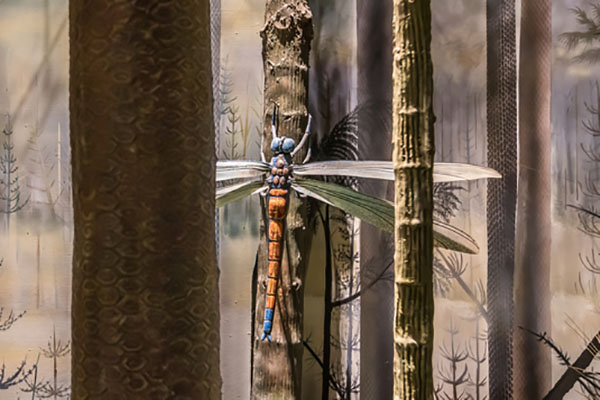 “Mega” is in the name for a reason. Meganeuropsis permiana buzzed around planet Earth about 298 million years ago during the Permian period. The largest of all the giant bugs of prehistory, Meganeuropsis permiana is the monstrous distant relative of the dragonflies you see today. It could grow to have a wingspan of 28 inches, and from head to tail it measured 17 inches. Yikes.

So while you probably don’t mind seeing dragonflies whizzing about the yard, it’s unlikely you’d roll out a welcome mat for this winged beast.

Prehistoric predatory cockroaches sound like inspiration for a Stephen King novel to us.

Of all the creepy prehistoric critters we’ve explored, of course the cockroach manages to come up twice. But Manipulator modificaputis didn’t make it on the list for being one of the giant bugs of prehistory. (Measuring less than one centimeter, it was actually a pretty normal-sized bug.) It earned this spot for being frightening.

A resident of planet Earth about 94 million years ago, Manipulator modificaputis skittered around throughout the Cenomanian period. This ancestor to the cockroach had long legs that scientists think it used to either chase prey or ambush it.

Think that’s scary enough? Then you probably don’t want to know that it could turn its head to look at you. Or that it preferred to hunt at night.

This massive millipede had legs for days.

Millipedes aren’t technically insects; they’re arthropods like lobsters or scorpions. Nonetheless, you don’t want to see all those legs scurrying across your kitchen floor. And that goes double in the case of Arthropluera.

How big do you think Arthropluera was? Seven inches? Eight? Think closer to nine feet.

That’s right. These giant bugs (well, giant arthropods) ranged in size from one foot to eight and one-half feet. Like the mega-cockroach, Arthropluera lived in the Carboniferous period and was the largest known land invertebrate that ever roamed planet Earth. 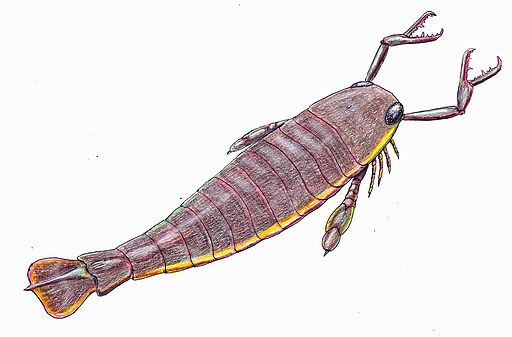 Jaekelopterus rhenaniae is another arthropod you wouldn’t want to tangle with. This giant lived about 390 million years ago during the Devonian period.

Does the idea of an eight-foot scorpion roaming the earth in search of prey terrify you? Well, Jaekelopterus rhenaniae was a sea scorpion. So it swam underwater where you couldn’t see it coming. It was also a bit of a cannibal. And while calling it a “sea scorpion” suggests it lives in oceans, scientists believe it preferred swamps or river estuaries.

This sinister scorpion would have been at the top of the underwater food chain during its time. Additionally, researchers have speculated that some primitive fish adapted the to threat of Jaekelopterus rhenaniae by growing bony armor.

What’s three to six feet long, lives underwater and looks like a squid combined with a shrimp? That would be Anomalocaris canadensis.

This ancient relative to arthropods lived back in the Cambrian period — a time about 490 million years ago that was known for some major evolutionary breakthroughs.

Anomalocaris canadensis was a large-eyed predator with special limbs near the tip of its nose. It used these limbs to snag prey, which it then devoured with rings of sharp teeth. Doesn’t sound like something you want to come across while taking a dip does it?

If prehistoric bugs were around today, they’d cause some big problems. Literally. Fortunately, you’d have Terminix to find a pest control plan scaled to fit your needs.