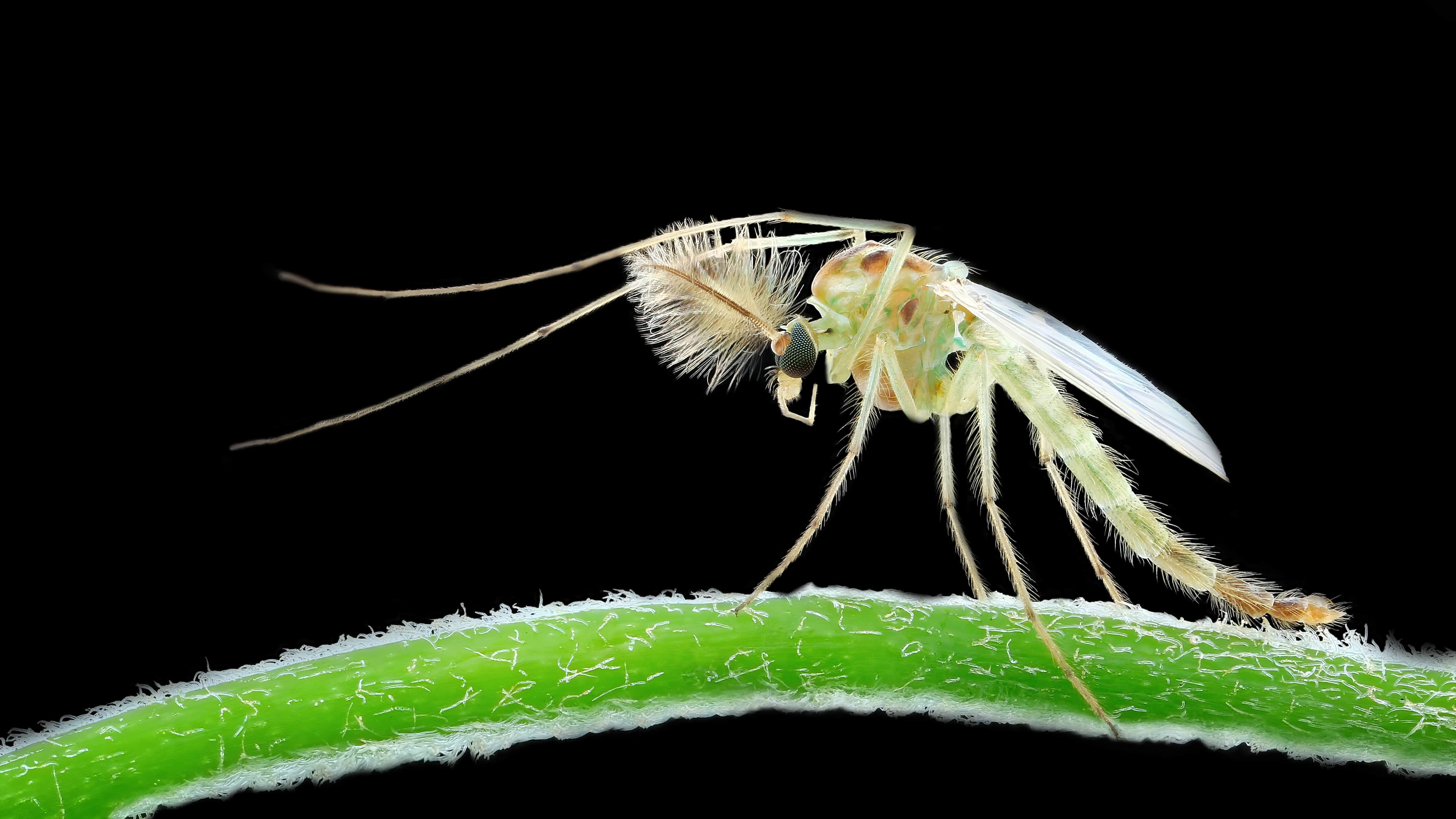 Size: No-see-ums, also called biting midges, are small flies (Order Diptera) and adults are only about 1/8 inch in length.

Color: These insects are gray, and their wings are covered with small hairs producing patterns that allow entomologists to identify different species. Larvae may resemble small, whitish worms or caterpillars. As the nickname “no-see-um” implies, they may be difficult to see with the naked eye, especially when they have not fed.

Behavior: Both male and female no-see-ums feed on plant nectar.

Female no-see-ums, like female mosquitoes, also bite hosts and feed on blood. Females need a blood meal to produce eggs, and they usually lay eggs on a moist surface, such as muddy salt marsh areas and/or soil found in agricultural operations with high manure content. No-see-ums go through complete metamorphosis with four stages. Eggs hatch within two to seven days after being laid. After hatching, flies go through four instars during the larval stage which can last from two weeks to one year, depending on environmental conditions, species of fly, and region. This is followed by the pupal stage (two to three days) and adulthood. The typical lifespan of an adult no- see-um is two to seven weeks.

The bite of a no-see-um can cause a burning sensation accompanied by a small red welt. Allergic reactions, including itching, may also occur. Because of their small size, many people would be unaware they were being bitten by a no-see-um if not for the associated irritation.

While they are a nuisance, no-see-ums are not known to spread pathogens causing human disease in the United States. They can, however, infect other animals (e.g. horses, cattle and deer) with viruses that cause diseases like blue tongue and epizootic hemorrhagic disease. In affected countries, these diseases can cause millions of dollars in annual livestock production losses.

Habitats: No-see-ums are usually a pest of campers, gardeners, fishermen, hunters, hikers and others who spend time outdoors, especially near water. Immature stages of these insects are aquatic or semi-aquatic and lay their eggs in moist substrates in swamps, salt marshes, and agricultural areas with moist soil high in organic content, such as manure. Habitat preference depends on the species of no-see-um.

There are more than 4,000 species of biting midges globally and more than 600 of these are found in North America. Midges are widespread in the United States, especially on the Atlantic and Gulf Coasts, the San Francisco Bay area, the Northeast and the Southwest. There are 47 species of no-see-ums in Florida alone and seven of these are considered pests of humans in that state.

Tips for Control: Controlling no-see-ums can be difficult due to the widespread areas where eggs can be laid in moist substrates. Currently, the preferred method of control is using carbon dioxide-baited traps (the insects use this as a signal to find hosts) to attract and eliminate the host-seeking pests.

Homeowners can take steps to prevent exposure to biting midges on their property, including installing screens (mesh must be smaller than 16-mesh insect wire) on porches and windows. No-see-ums are generally weak fliers, so ceiling and other types of fans can also help keep them away from areas where humans congregate.

To prevent bites from no-see-ums, avoid being outside during the hours of dawn and dusk. You can also use an insect repellent containing DEET or one marked for use against no-see-ums. Campers should consider using tents equipped with “biting midge screening.”