What You Need To Know About Dangerous Spiders

Some of these poisonous spiders reside in the United States and, therefore, could wind up in your home. 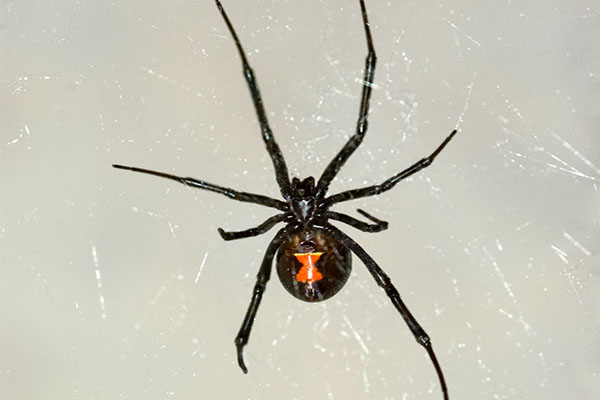 You spot what looks like a spider in your bedroom. But before you can decide whether to kill it or release it into the wild, it runs behind the dresser. Then you’re left wondering if it really was a spider and whether it was dangerous. You're imagining it now running loose in your home, waiting to crawl onto your pillow while you sleep.

Before you go on a rampage squashing every spider you see, consider a few different approaches to get rid of the problem and check out these frequently asked questions to educate yourself on the proper response. It's also good to remember that most spiders are venomous — they use venom to kill their prey — but venomous doesn't necessarily mean dangerous to humans. The list of spiders that are dangerous to humans is much shorter than the list of spiders that are technically "poisonous."

So let's take a look at some of the spiders you really need to worry about. Some of them reside in the United States and, therefore, could wind up in your home.

What’s the Most Poisonous Spider in the World? 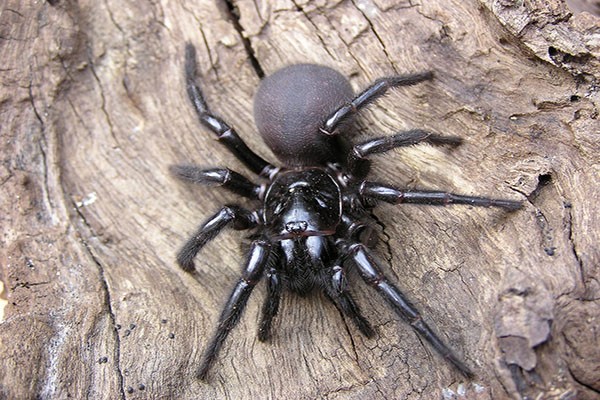 According to the Guinness World Records, the Sydney funnel-web spider, Atrax robustus, is the most dangerous spider to humans in the world. Native to Australia, this poisonous spider is found in moist habitats such as under logs or in gardens. Large, black and shiny, the Sydney funnel-web has a venom potency of 0.2 mg/kg as a lethal dose for humans. To avoid an encounter, look for the trademark silk trip lines that spread out from their burrows. Fun fact: The female Sydney funnel-web is four to six times less potent than the male. So if you do come across one, let luck be a lady. Thankfully, anti-venom was developed in 1981, so this bite is no longer a death sentence if you get help quickly. 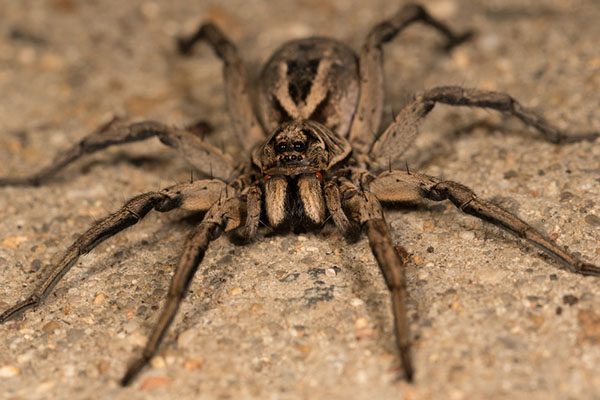 A wolf spider bite usually only results in redness and swelling. Wolf spiders are typically black, gray, brown or tan and have dark stripes. This poisonous spider is found all over the world — anywhere they can find insects to eat. Although they’re more common in meadows, they can also live in mountains, deserts, rainforests and wetlands. Wolf spiders are highly sensitivity to vibrations, an attribute they use to stay safe from predators. So, to avoid a bite, make your entrance known and don't threaten them.

Fun fact: Wolf spiders carry their babies on their backs. 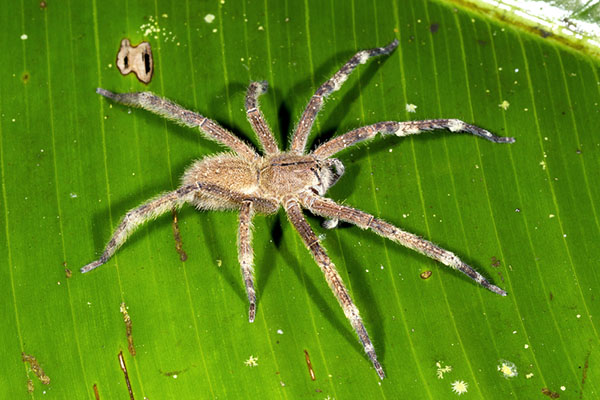 Two out of the three types of banana spiders are not dangerous: the golden silk orb weaver and the Argiope appensa. The one you want to avoid is the Brazilian wandering spider. You can probably guess where you'll find them, too. Fun (or not so fun?) fact: Their genus name is Phoneutria, which means "murderess" in Greek. Venom from these spiders in 0.006 mg causes death in mice, and a bite on humans can be lethal, especially to children. With a body length of two inches and leg spans reaching six inches, this hairy poisonous spider is easy to spot. Keep an eye out for a mostly brown creature with black on its belly.

What Are the Poisonous Spiders in the United States? 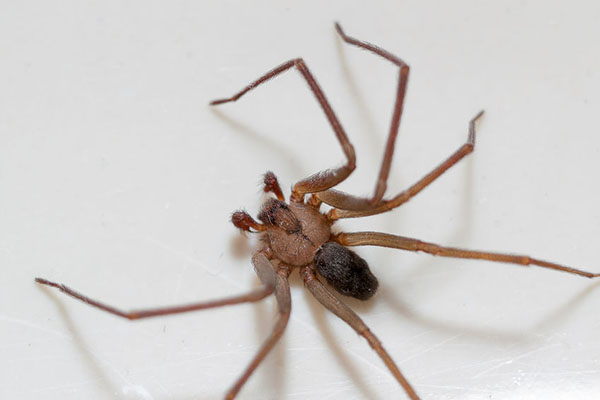 The Centers for Disease Control and Prevention (CDC) warns of two of the venomous spiders found in the United States: the black widow (pictured at the top of this post) and the brown recluse. While black widows are far more aggressive than the brown recluse, you should always pay attention to your surroundings when spending time in your garage, barn, basement or other areas that provide refuge for these spiders. Bites usually only occur when the spider feels trapped or threatened (even unintentionally) by a human, especially near their nest.

Black widows are most common in the southern and western states in areas where debris has accumulated, such as wood piles and even in outdoor toilets that attract their favorite prey: flies. You can identify a black widow by a red pattern on its underside. Avoid their webs, and you are less likely to fall prey to their bites.

Brown recluse spiders are found in the midwestern and southern states in sheltered areas, similar to black widows. However, these poisonous spiders often can wander indoors and might be found in shoes, dark closets or attics. Fun fact: brown recluse spiders are extremely tough creatures that can survive the frigid winters and sweltering summers and can go without food or water for months. Most people do not feel a bite from a brown recluse spider and reactions may be delayed for hours.. A blister will usually develop and then sometimes a severe lesion that destroys skin tissue and requires medical attention. So shake your clothing out before you put it on if it's been in a dark, secluded closet for a while.

Encountering poisonous spiders anywhere in the world can be scary. Remember to stay calm. If you do receive a bite, even by accident, capture the spider if it's still around so it can be identified, wash the bite area with soap and water, elevate the area and seek professional medical attention.