Why Do Spiders Molt?

Like all arachnids, spiders begin life as eggs. How do they grow into the eight-legged, web-weaving expert hunters familiar to homeowners? The key is molting. Like reptiles, amphibians and arthropods — from cicadas to crabs — spiders periodically "shed their skin" at key points in their life cycle. 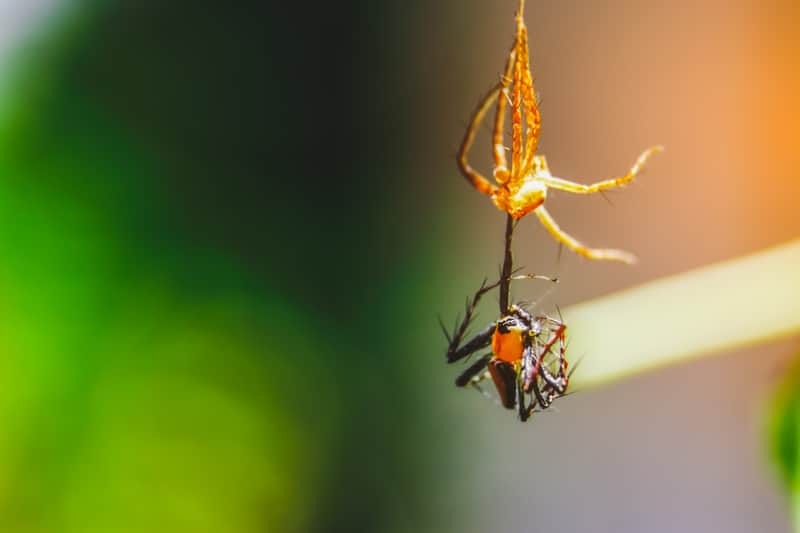 Do all spiders molt?

Yes. If spiders didn’t "shed their skin," they couldn’t grow. Consider that some tarantulas grow to be as large as 4 or 5 inches across, with a leg span of up to 7 inches, and it becomes easier to understand why molting occurs.

Spiders do not have skin in the same way that human beings and most other mammals do, nor do they have an internal skeleton. Instead, like insects, spiders are equipped with an exoskeleton – a hard, external covering that provides both structural support and protection from predators (think "bulletproof vest" or "body armor"). Exoskeletons are mostly comprised of chitin, a fiber that can be both rigid and flexible, such as in the membranes that allow the spider's legs to bend at its several joints. Spider exoskeletons are also more elastic around the stomach, enabling that organ to expand following a meal.

The hard exoskeleton doesn’t change size and grow as the spider does. Therefore, spiders must shed their old exoskeletons to make room for new ones. For example, brown recluse spiderlings stay in the web with their mother for the first one or two molts before moving to other locations. Brown recluse spiders eventually molt five to eight times before reaching full maturity. Other spider species can molt up to a dozen times over the course of their lifespan.

How do spiders shed their skin?

As the spider grows, it will need to shed its exoskeleton. Once shedding becomes necessary, the spider's body releases specific hormones to initiate the molting process. The spider's exoskeleton consists of two layers — an inner, elastic layer and an outer, rigid layer. During molting, the inner layer is broken down, and the spider reabsorbs the nutrients it contains for later use. The outer layer remains in place to protect the spider until the new exoskeleton is ready.

Meanwhile, the spider secretes a new, soft exoskeleton that is larger than its old one. This new, folded exoskeleton is ready to expand as soon as the old one is shed. The spider takes in air and uses the concentrated pressure of its blood to enlarge its body, cracking the old exoskeleton. Next, the spider pushes itself out through this fissure. The soft, unprotected spider now takes in air to create even more room in the soft exoskeleton, allowing for additional growth. The new exoskeleton then begins to harden, and when it reaches the proper degree of firmness, the molting process is complete.

The risks of molting

Molting can be quite a dangerous process for the spider. Most molts take quite a bit of time to complete. Moreover, without their protective exoskeleton, spiders are very vulnerable to attack by predators. During and immediately after they shed their old skin, their only protection is their new, soft exoskeleton. According to Cornell University, approximately 85 percent of arthropod deaths occur during the molting phase. Some spiders may even experience difficulty extracting themselves from their old exoskeletons. The result can be mutilation or a form of suffocation.

To protect themselves during molting, some spiders hide. When they’re molting and don’t want to be disturbed, tarantulas seal the entrances to their burrows with silk. Other spiders lower themselves on a silk line to put themselves out of the reach of predators while molting.

To learn more about these fascinating creatures, checkout this article on spiders eggs.