What to Know About the Woodlouse Spider in Your House

Dysdera crocata, also known as the woodlouse spider, is a species of spider commonly found in most of North America. Though these pests are not dangerous to humans, like the brown recluse and black widow, they have been known to use their sharp mouthparts to bite human skin and cause slight irritation to the surface. Needless to say, finding woodlouse spiders in your house can be less than ideal. But how do you identify a woodlouse spider in your house? 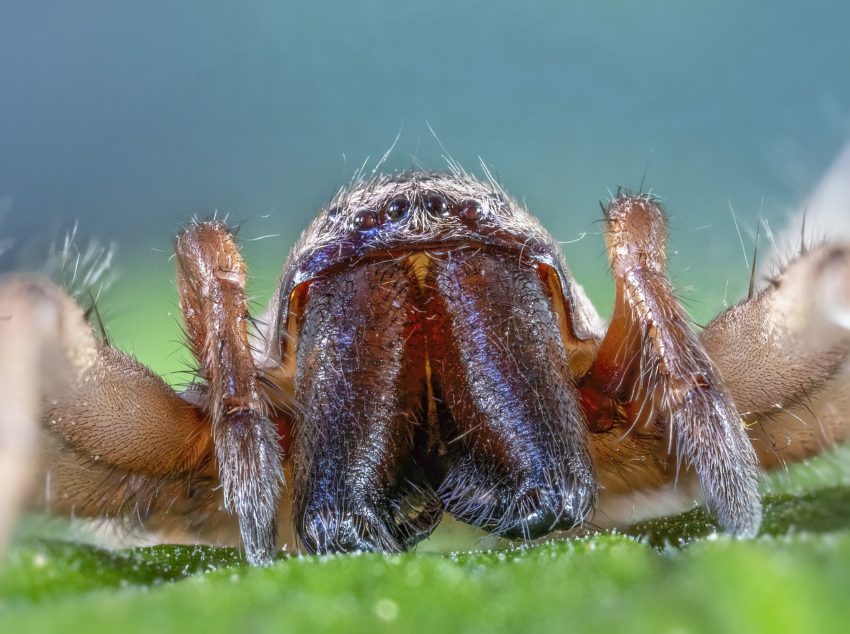 Though they may be less harmful than other venomous spiders, woodlouse spiders can have a very menacing appearance. Below their six eyes, these pests have prominent fangs that they use to attack their prey while hunting at night.

During the day, woodlouse spiders rest underneath wood and clutter, instead of on a complex web. Because these pests prefer to feed on woodlice, they primarily inhabit areas with damp, rotting wood. They are also known to inhabit spaces underneath rocks or other debris found in nature, like woodpiles, mulch, bark, and thick plants. However, when these pests infest homes, they tend to gravitate toward basements or underneath floorboards inside any other room. They tend to enter the house below doors and windows and typically favor homes that has a high level of humidity.

When a woodlouse spider preys on sowbugs and pillbugs, also known as “roly-polys”, it uses its powerful fangs to bite through the hard exoskeletons of its prey. As it does, it injects the land crustaceans with a venom that kills the insects. The woodlouse spider will then use its strong jaws, or chelicerae, to ingest the insect.

Why Do Woodlouse Spiders Infest Homes?

Though woodlouse spiders may be found indoors, homes are typically o nly used as overwintering sites. For homeowners living in the Northeastern and Midwestern United States, these pests may appear as early as October and leave as late as April. Those living in the Paci fic Northwest may be less likely to host these spiders, though they can still appear during the winter, or if their natural habitats have been otherwise compromised.

These spiders are often a welcome visitor for gardeners and farmers who need help removing pesky land crustaceans, as these spiders do not feed on any vegetation. Still, the presence of woodlouse spiders in your home can certainly be alarming. In addition to causing mild reactions in their victims, woodlouse spiders can inflict painful bites on human skin when threatened. If you do receive a bite from a spider in your ho use, the Mayo Clinic recommends you see a primary care physician if:

No matter how beneficial these pests are, it’s unlikely you want a family of woodlouse spiders living inside your home. For help removing these pests f rom your home, give Terminix a call today.