Spiders At The Beach!

Let's look at some of the eight-legged creatures you might encounter on your next trip to the waters edge, whether it be lake, river or ocean. 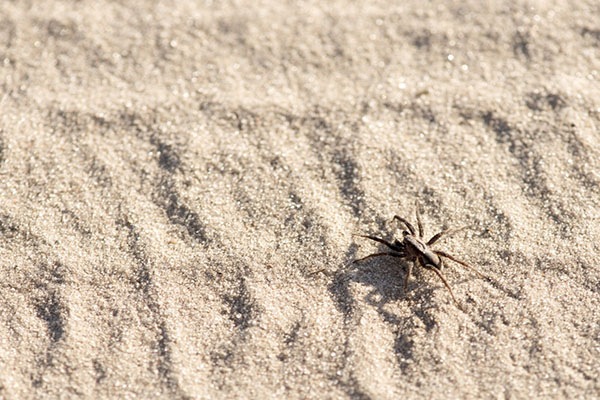 If you're planning a trip to the beach this summer, you’re probably excited to take in the sun, the sand and the waves. But it’s important to remember that the beach is still nature, which means it's home to plenty of animals you may not be familiar with — including beach spiders. Let's take a look at some of the eight-legged creatures you might encounter on your next trip to the water’s edge, whether it be lake, river or ocean.

The beach wolf spider, or Arctosa littoralis, is most commonly found near beaches, though it can live almost anywhere in the United States and southern Canada. These spiders (pictured at top of article) are experts in camouflage, and they usually hide in the sand or under driftwood during the day. If you do spot one, you'll see that it moves surprisingly quickly for its size: just 11 to 15 millimeters. Although its bite is poisonous and can be painful, it is not lethal to humans. Beach wolf spiders are not aggressive, but they will bite if provoked. 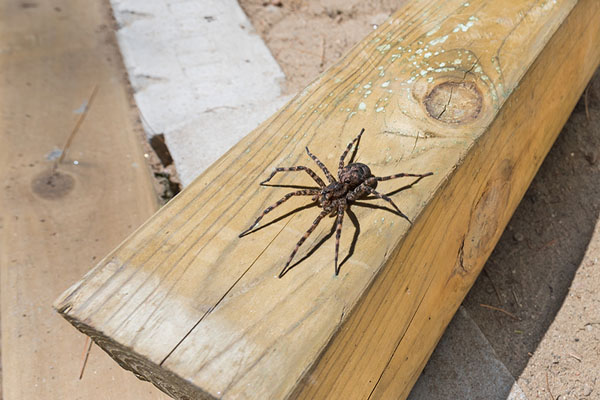 Dock spiders, which are native to Canada, are sometimes called "fishing spiders" because fish are their main food source. They rest their front two legs in the water to feel the vibrations of small fish or tadpoles, swimming nearby. Although they are mainly found near water, these large, fuzzy spiders may travel inland or into houses looking for warmth once winter arrives. Like the wolf spider, dock spiders rarely bite humans, though their fangs are certainly large enough to break skin. They are poisonous, but humans generally won’t be affected by their bites unless they are sensitive to the venom. 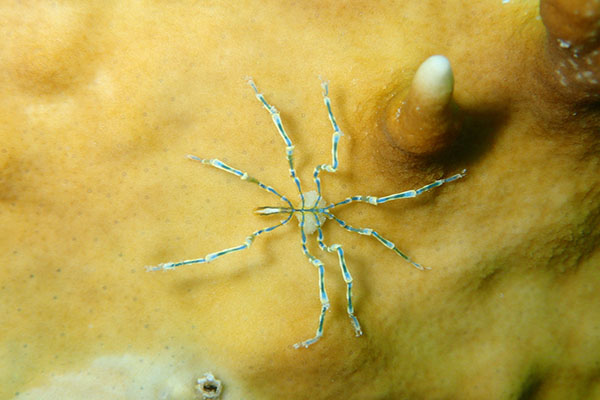 Though they're most comfortable in shallow waters, these creatures can also be found 23,000 feet below the sea. They have eight long legs and are just as creepy-crawly as land spiders, but sea spiders are actually pycnogonids and relatives of arachnids. They are carnivorous and seek out prey like sea sponges and coral. The sea spider is highly adaptable and lives in all of the world’s oceans. Sea spiders don’t bite, but they do have claws growing out of their brains, something no land spider can boast. While most sea spiders you might encounter on vacation are tiny, those that live deeper underwater and in the Arctic can easily span a foot long or more.

Most spiders bite only when provoked, so your best bet is to observe them from a distance. They are more likely to be active at night, and a flashlight will reveal their highly reflective eyes. Spider-spotting can be a fun family vacation activity, but if you've been spotting spiders in your beach home or in your residence, be sure to give Terminix® a call to help with spider control and removal (except sea spiders).