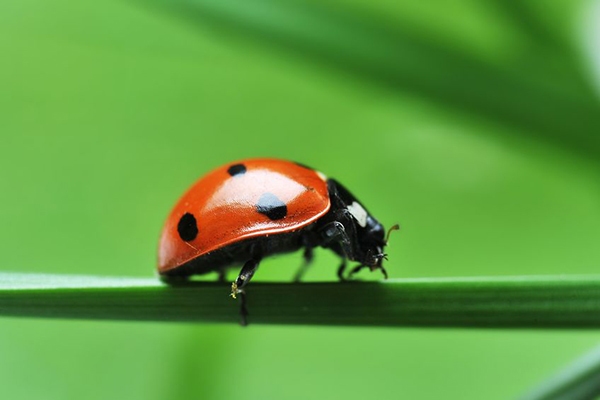 Statistically speaking, most bugs should be scared of other bugs rather than rolled-up newspapers or bug spray. Not only do insects frequently go to war against others of their own species, but they also battle top predators such as wasps, spiders and centipedes.

If you’re a fly, bee, millipede, moth or beetle, which creepy-crawlies would you not want to meet in a dark alley?

With their bright red polka-dot shells, lady beetles (Coccinellidae) are some of the cutest insects out there. But for aphids, mites and scale insects — three pests that can do serious damage to your garden — the ladybug is anything but cute.

Both adult lady beetles and ladybeetle larvae subsist almost entirely on aphids, mites and scale insects. Lady beetles will even lay their eggs right in the heart of an aphid colony in order to ensure their young have a convenient and abundant food supply.

With their delicate oval wings and iridescent green coloring, these distant cousins to the beetle are a popular choice for biological control of aphids and other garden pests. Both the adults and their larvae also feed on other insects, such as whiteflies and moths.

However, green lacewing larvae are particularly voracious and have been nicknamed aphid lions. They commonly disguise themselves with loose soil, dead leaves and other debris to get a jump on their prey. The antlion's, a member of the same order (Neuroptera) as the green lacewing, is equally famous for digging pits to ensnare and fiercely attack its favorite source of protein: ants.

Watch an antilon's method of attack.

This predator doesn't discriminate much when it comes to eating other bugs. Podisus maculiventris, or the spined soldier bug, can be found in every region of the United States and earns its name not from the points on its shield-like back, but from the spiky protuberances on its legs. Another beneficial insect, the spined soldier bug is particularly fond of the larvae of several species of crop beetles (grubs), caterpillars and worms.

As apt as it may be, the name "assassin bug” refers not to a single insect but an entire family of predators called Reduviidae. Whether the particular species specializes in ants, bed bugs, cockroaches, flies or caterpillars, all assassin bugs are expert hunters that like to stab the bugs they trap with their prominent snout, inject their digestive juices into their prey, and suck the poor victim dry. 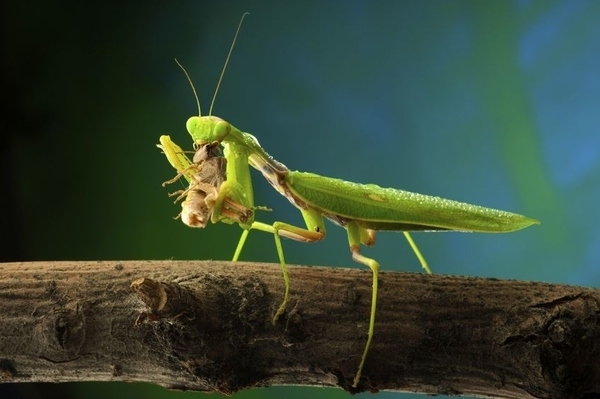 It can be hard to turn your eyes away from the praying mantis in the same way it can be hard to turn off a scary movie. The praying mantis excels at stealthy stalking and quick ambushes. Its long appendages are specially designed for snatching and holding onto its prey with a vise-like grip. Mosquitoes, flies, moths, butterflies, bees, beetles and even some spiders, small birds and frogs must beware of this killer bug. 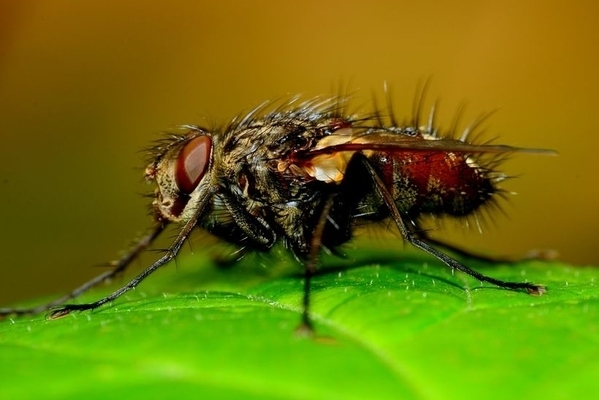 Flies are more commonly prey, not predators, but Tachinidae is a species of fly that has turned the tables on bigger, stronger insects. Tachnid flies deposit their eggs either on or within another insect, and their young grow up on the steady diet offered by the unwilling host.

Caterpillars and beetles are particularly popular prey for these parasitic flies, some of whom even sport an oviscapt: a special biological instrument designed to penetrate soft tissue and exoskeletons alike and deliver eggs directly to the host’s inner organs. Meanwhile, adult tachnids augment their diet of pollen and nectar with aphids and mealybugs. 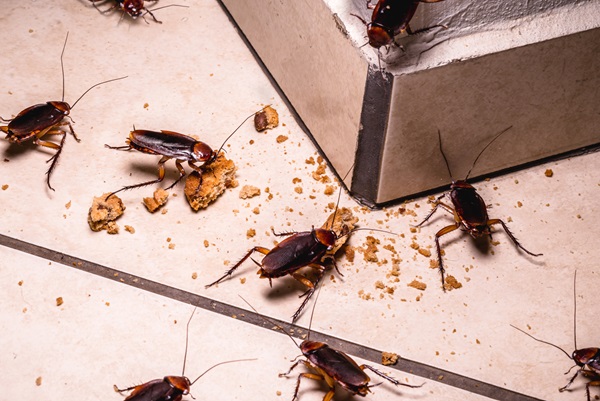 The vast majority of bagworm or case moths, so-called for their habit of building extra protection around their cocoons in the form of loose earth and dead vegetation, are herbivores that can infest and significantly damage trees. However, one Central American species of bagworm, Perisceptis carnivora, dines on tough customers like ants, spiders, wasps, crickets and beetles.

More gruesomely, this caterpillar constructs its “bag” from its own leftovers. As described by Diomedes Quintero, one of the entomologists credited with discovering this strange creature, the case of the Perisceptis carnivora is “studded with fragments of other insects.