There are millions of different species of insects and many variations in behavior and how these insects survive—including what they do for shelter and habitat. Other insects may live on and within things that already exist in nature like plants; aphids, for example, live in colonies on plants without building any other kinds of structures. However, some other insects build nests specific to their needs. Keep reading to learn more about a few different types of insect nests. 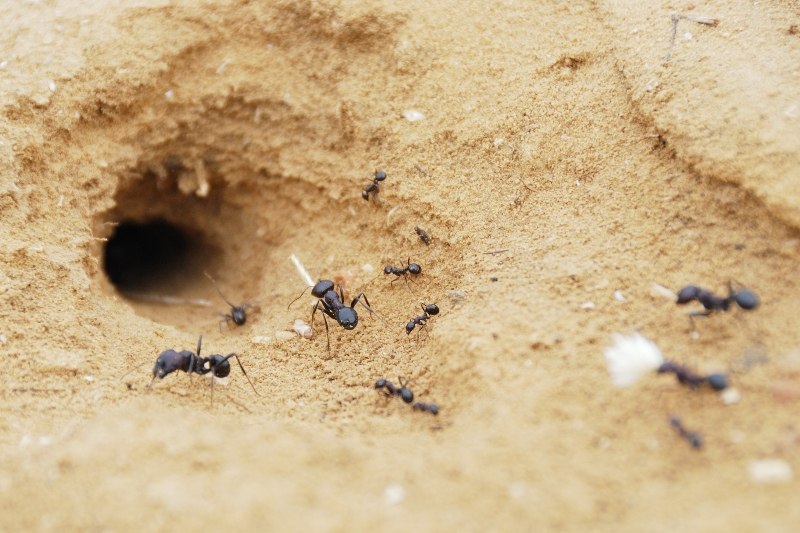 Some species of ants commonly build nests that appear as mounds of dirt. These nests are home to the ant colony. They can sometimes be deceiving, with the colony burrowing below ground, making a larger nest than just the visible mound of dirt. Some ant nests will have holes in the center, while others, like nests belonging to the red imported fire ant, have no center opening. While fire ants prefer open areas, they may build mounds in partially obstructed places like underneath timber or near fences. Fire ant mounds are usually loose piles of sand or dirt, lacking an obvious entry point. They can appear after periods of heavy rain, and look comparatively fluffy to dirt around them. Fire ant mounds can be domed at the top or stay flat in shape.

Unlike fire ants and other ants that commonly build their nests on and in the ground, many species of ants build their nests above ground. For example, the weaver ant creates its nest high in trees. They got their common name from the way they weave together the leaves that will eventually make up their nest. Different species of weaver ants can be found in southeastern Asia and Australia. While you won’t find the same yellow meadow ant in North America that’s common across Europe, it’s worth noting the interesting nest that it builds. As the name suggests, this ant builds its nest in meadows- the ant mounds are built in between the grass blades are only covered when the grass is long. 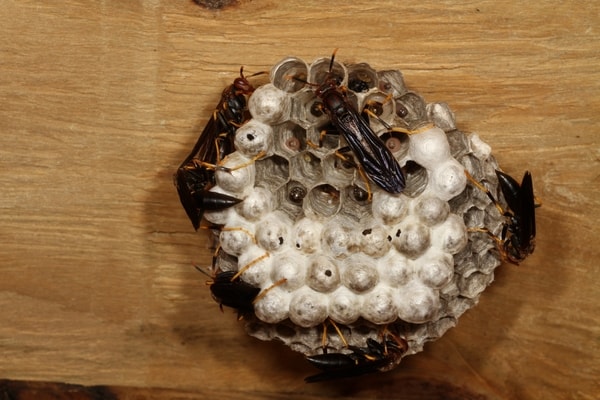 Like ants, different types of wasps build different types of nests. One of the most notable is the paper wasp. Paper wasps are known for constructing nests that almost resemble upside-down umbrellas. They create these nests using a papery kind of pulp. Paper wasp nests are made of a comb of cells to host the young, and supported by a single stalk—hence why some think the nests look like upside down umbrellas. Paper wasps prefer to nest in areas with overhangs, like eaves and tree limbs. Also like with ants, there are certain types of wasps that build extremely distinct nests. One example is the mud-dauber wasp. Instead of using a papery pulp to build their nests, mud-dauber wasps use mud to create their nests. They often stick these nests to the side of buildings. Nest shape can vary, and may appear as clay pots, mud patches, or mud tubes. Like some ants, some species of wasps also build their nests underground. 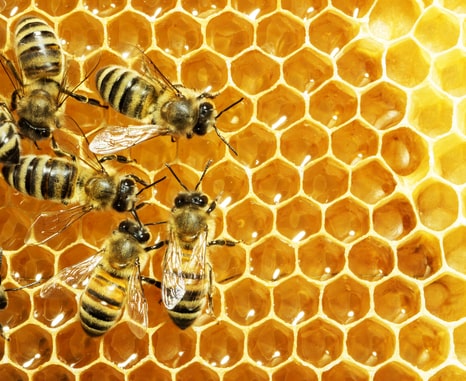 While some bees, like honey bees, build hives aboveground, other bees build nests underground. In fact, approximately 70% of bees are ground nesting. One such bee is the bumble bee. Most bumble bees will build their nests underground. Bumble bee nests are smaller than honey bee nests, with only a few hundred bees at most. Bumble bee nests are only used once before they’re abandoned. Ground nesting bees usually have nests that are conical in shape, with an opening near the center. They’ll often appear around springtime as the bees are getting ready to mate.

Related > 6 Steps You Should Take for Beehive Removal

Most termites are known to build their nests in underground areas near people’s homes, where they often go to eat away at wood and sometimes cause costly damage. Different types of termites nest in different ways. Below are common termites and their nesting habits.

Besides chowing down on the wood within houses, some types of termites—though none that live in the United States—are also known to build huge, hulking nests. The cathedral termite, found in Australia, is one example of a termite that builds large external mounds. In fact, some cathedral termite mounds are around 100 years old and can be about 30 feet tall.

While you won’t run into some of the insect nests on this list in North America, like the cathedral termite nest, it is possible that you might run into others, like fire ants or paper wasp nests. Knowing what certain types of insect nests look like, especially those of yard or household pests, can help you to identify them. If you believe you’re dealing with certain unwanted insects, contact Terminix. From ants to wasps to termites, Terminix offers best-in-class solutions to help manage and remove unwanted pests.