When Does Hibernation End?

Although many animals — like mice, squirrels and rats — stay active throughout the winter, others aren’t made to tough out the cold. 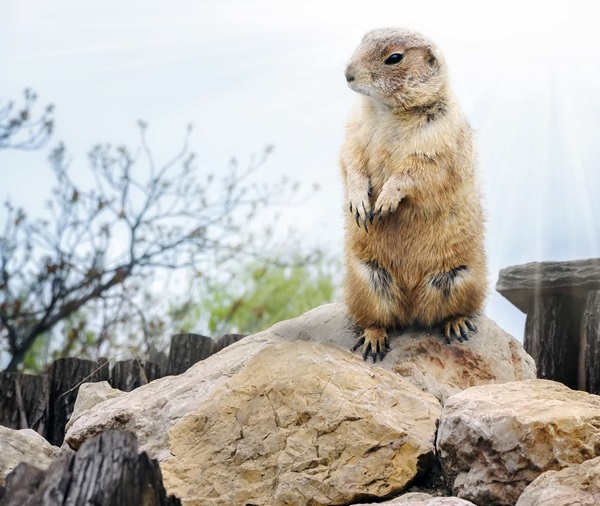 Instead, they hibernate when the temperatures drop, typically after binging on a massive meal or building up fat over several months.

Those animals that survive their winter hibernation have to wake up sometime. Otherwise, we’d have fewer animals contributing to the active wildlife we see in spring, summer and early fall. So when does hibernation end?

In spite of what Groundhog’s Day may have you thinking, there’s no set date for wildlife to emerge. Rather, the end of hibernation will depend on the region in which you live, as well as each animal’s internal clock.

That’s right. Animals that hibernate know when it’s time to start preparing for hibernation because their brains send them signals. The signals the animals’ brains send out are set off by external factors, such as how long the sun is up during the day or dips in the temperature.

Additionally, not all animals hibernate the same way. All animals that hibernate enter a state called "torpor". During torpor, the heart and metabolic rate of the animal decreases significantly and there’s a reduction in body temperature. For example, a chipmunk’s body temperature can drop over 50 degrees Fahrenheit while the animal is in torpor.

However, during hibernation – an extended form of torpor – animals’ body temperatures and metabolic rates drop much lower. And though it’s not continuous, it does take longer for an animal to come out of hibernation compared to torpor.

When Does Hibernation End?

Though there’s no pinpointing the day hibernation ends, the timing in which wildlife emerge from their sleep can be predicted to an extent. Most animals stop hibernating during the spring because that’s when the days get longer and temperatures rise, meaning more food sources are available.

Take a look at some of the hibernation timeframes for a few of the more well-known winter snoozers:

There are bats in every state of the country. As weather patterns vary drastically in the United States, it can be hard to pinpoint when hibernation ends for bats. In the Northeast, for example, bats may remain in torpor for five or six months, emerging around March. In Washington State, on the other hand, bat hibernation might not end until April or May.

Related > Are Bats Dangerous to Humans?

Not all species of ground squirrels hibernate, but many do, including the famous groundhog. However, groundhogs wake up before most hibernators. Evidence shows some males emerge as early as February to get a jump on finding mates. Then they may go back to sleep for another month.

You’ll only see prairie dogs in a select handful of states. In addition, not all species hibernate in the winter, though most do become dormant for at least a little while. The white-tailed prairie dog is one species that does hibernate throughout the winter, sleeping for up to six months.

As you can see, it’s pretty tough to put a finger on the exact time hibernation ends. Now you have some idea as to when hibernators will emerge, though. But what about active wildlife in the winter? If you’re interested about the cold weather habits of other animals, find out what raccoons and rats are up to when the temperatures plummet.