The nights may be growing shorter with the upcoming arrival of summer, but your outdoor lights may be busier than ever. That's because it's June bug season.

What are June bugs?

The name "June bug" refers to any of the 100 species of beetles that are related to the scarabs familiar from ancient Egyptian iconography. Other common names for the June bug include "June beetle" and "May beetle." The common June bug is one-half to five-eighths inches long and reddish-brown in color. Being beetles, they also sport shiny wing covers, called elytra. 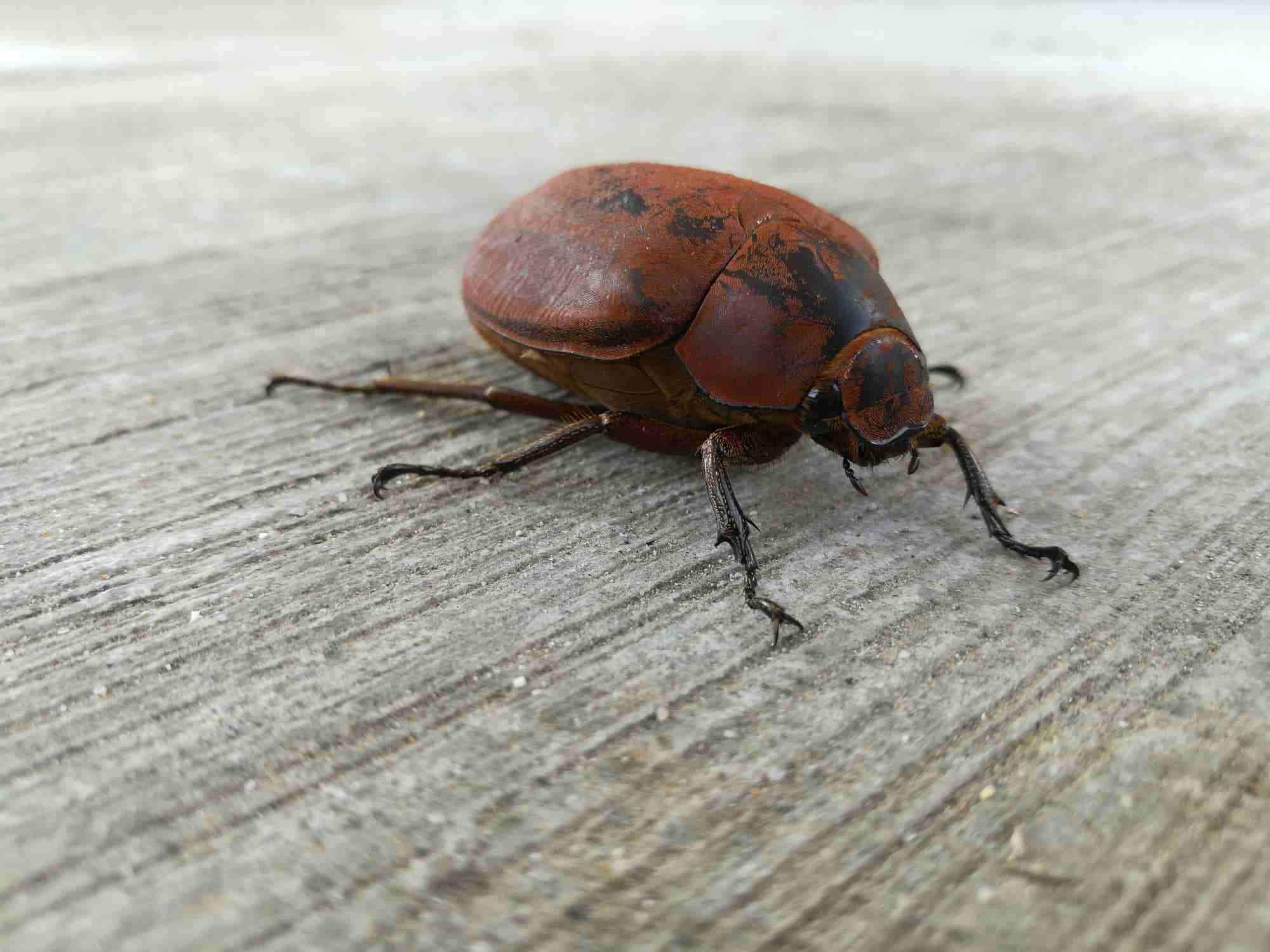 June bugs can cause damage to gardens, lawns and pastures. They are classified as chafers, meaning they feed on vegetation, specifically leaves. Their diet can also encompass grass, flowers, fruit, food crops such as grains (wheat, corn, etc.), sap and decaying organic material. (Hence their scientific name, Phyllophaga, which is Greek for "leaf eater.") June bugs are nocturnal. They feed from dusk through the evening hours in order to avoid predators.

Where does the name June bug come from?

June bugs derive their name from the fact that adult June bugs emerge from the soil at the end of spring or the beginning of the summer.

Females bury their eggs just below the soil surface. June bug larvae hatch within 3 to 4 weeks and feed on grass and plant roots from several months to as long as three years. In spring and early summer, these larvae — also known as grubs — grow into pupae. Within 3 weeks, these pupae mature into adult June bugs.

Why are June bugs attracted to light?

Adult June bugs are generally harmless. But because they are attracted to light, they can make spending time on your porch or patio unpleasant. Even light from your home's interior can attract June bugs in large numbers. The sound of June bugs bumping and buzzing against window screens is closely associated with summer in many parts of the United States.

Scientists are still undecided on the precise explanation for this behavior. Several hypotheses have been advanced, but no single theory can account for why so many different nocturnal insect species gravitate to sources of illumination.

How can you help keep June bugs in check?

If you detect the tell-tale signs of a June bug infestation, such as dead patches of grass or damaged plants, you may have a problem with ground-dwelling June bug larvae.

An effective method for helping control June bugs is to make your lawn inhospitable to their larvae. You can help maintain a healthy lawn by overseeding thinned-out areas of your turf.

Don’t let these bugs bring your June down!