Woodchuck vs. Groundhog: What's the Difference?

The groundhog is a well-known rodent, notorious for predicting spring's arrival. But what is not well-known is the difference between a woodchuck and a groundhog. Are they the same type of animal or are they two different species? Here are some facts you should know. 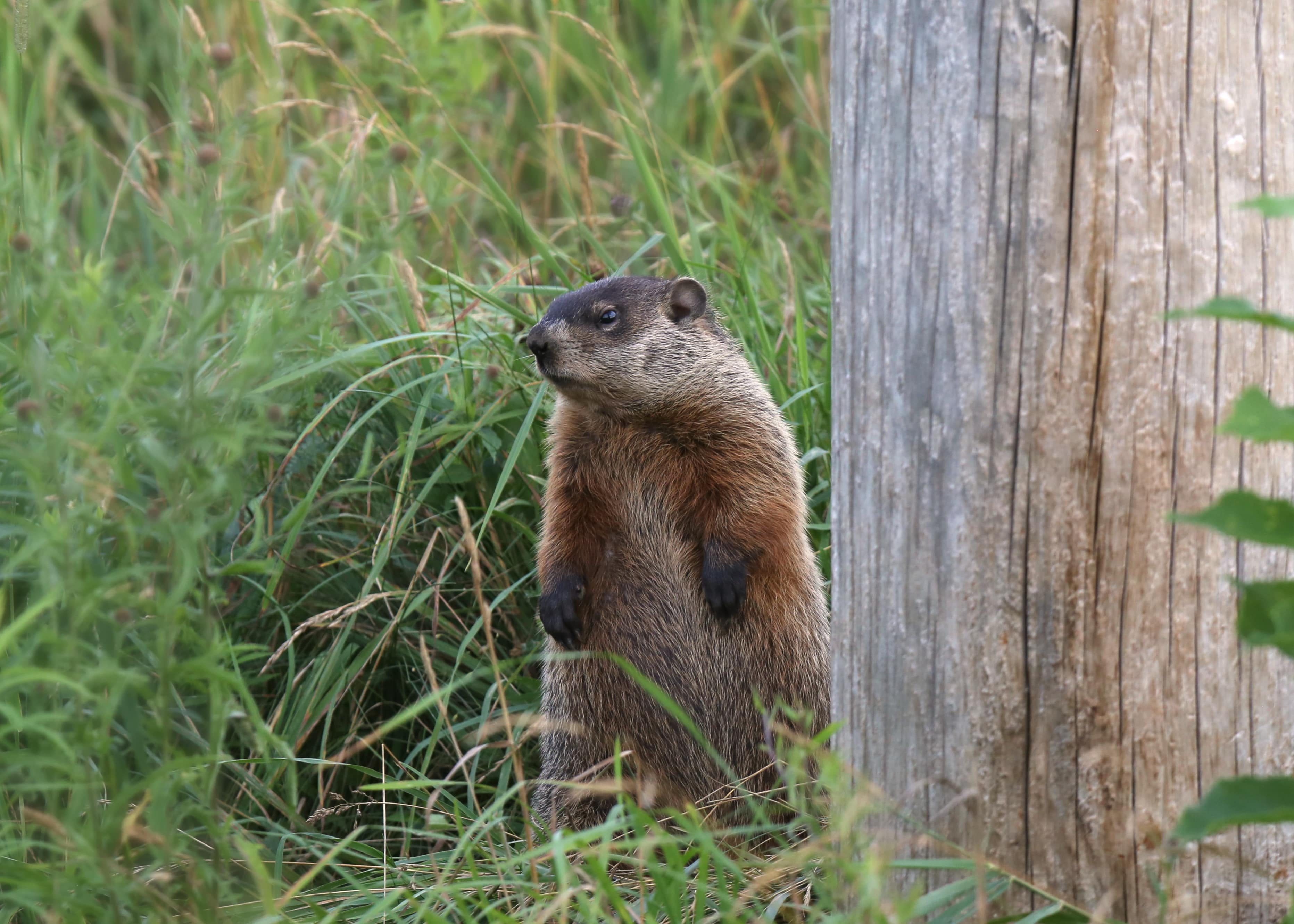 The Difference In Etymology

So, what is the difference between a woodchuck and groundhog? They’re actually the same type of animal (Genus and species: Marmota monax). The differing common names likely come from different etymologies from around the world. The animal was called wejack, woodshaw and woodchoock by some Native American cultures. Its scientific name for species (monax) is likely derived from a Native American word for "the digger". Today, most Americans refer to the animals as groundhogs. Yet, in British English, they’re referred to as woodchucks. Groundhogs have other common names as well, including whistle pig and land beaver. Whistle pig comes from their distinctive calling sound that resembles a shrill whistle, whereas land- beaver describes their habitat and behaviors.

How much wood would a woodchuck chuck if a woodchuck could chuck wood? That’s the thing. Woodchucks don’t typically eat wood. In fact, woodchucks/groundhogs only eat tree bark if they arise from hibernation before vegetation has sprung. So to answer the riddle – not much.

Groundhogs are marmots and are related to the group of larger land squirrels (Order Rodentia; Family Sciuridae; Genus Marmota). How are they different from squirrels, and what do groundhogs look like? The most noticeable feature on groundhogs is their upper incisor teeth are a prevalent feature of their mouths. It’s this characteristic that allows them to gnaw at your prized garden possessions. Like squirrels, groundhogs are brownish-gray, but they have much wider and stockier bodies (body: 16-20 inches long). Additionally, squirrels have long, noticeable tails, while groundhogs have short, dark tails (tail: 4-7 inches long).

Along with the other 14 marmot species, woodchucks/groundhogs belong to the same family as squirrels and prairie dogs. These animals are part of the Sciuridae family, which encompasses many land and tree rodents. As family members, these animals all share similar characteristics. They can hibernate, burrow and, most importantly, destroy your garden when feeding.

For groundhogs, preparing for hibernation season means stocking up on food sources. During the summer and fall months, groundhogs can spend a lot of their time eating their way through your garden and their burrowing behaviors can cause widespread issues with ground stability (i.e., holes can cause issues). As herbivores, they enjoy vegetables, grasses, fruit and tree barks. This includes beans, peas, carrots and grass, among other items. All this feeding allows groundhogs to store fat reserves for winter hibernation. From October through breeding season in March, groundhogs hibernate in burrows underground. During this time, their heart rates can drop significantly, from 75 to only four beats per minute. While hibernation months can provide your yard with temporary peace, chaos can strike as soon as spring arrives and hungry animals emerge from their burrow in search of mates and food.

Groundhogs have a reputation for being able to predict spring weather before it arrives. Groundhog Day (February 2) has been celebrated for hundreds of years, yet there’s no scientific evidence that they possess these forecasting abilities. The legend (originally called Candlemas Day) began in Europe and was brought to America when the Germans arrived in Pennsylvania in the 1700s. The legend states that, if the groundhog sees a shadow (i.e., sky is clear), there will be 6 more weeks of winter; while, if a shadow is not seen (i.e., sky is cloudy), spring will arrive early). In most cases, the groundhogs have seen their shadows. While the groundhog has only predicted the weather correctly 40% of the time (according to some analyses), the tradition continues. Groundhogs/woodchucks are observed in several areas of the world on February 2 to participate in this weather prediction activity.