What is a Gopher?

Gophers are medium-sized rodents that live underground and are widely considered to be pests. Their underground burrowing systems can extend from 200 to 2,000 square feet and contain multiple gopher mounds. Gophers can be called pocket gophers, earning the name from their fur-lined cheek pockets that they use to carry food and materials to build their nests. Gophers are equipped to live underground, relying mostly on touch to navigate around their elaborate tunnel network. They have small eyes and ears, short fine fur and use their whiskers and tail to guide their movements. 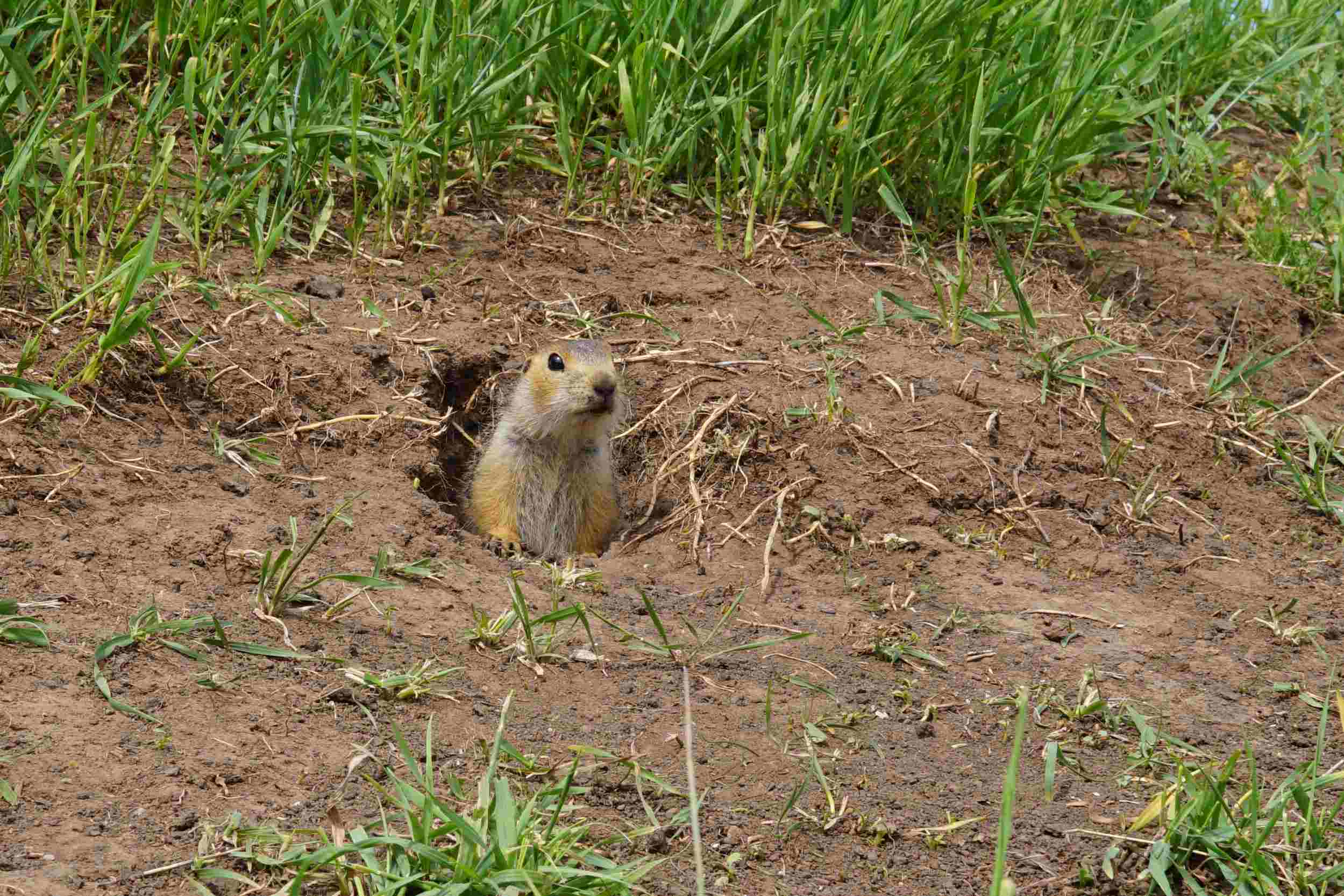 There are many different types of gophers. In fact, there are 13 species of gophers in the United States and three main groups or genera within this region. Genera can be categorized by the size of a gopher’s forefeet, claws and front teeth or incisors. The three main categories in which gophers fall are:

Gophers do not hibernate and are active at all hours of the day. However, surface is rare and tunnel building activity may stop or slow during the colder months and this varies by region. Mating activities usually occur during late winter or early spring. Gophers can have 1-3 litters a year, each typically consisting of 5-6 young, depending on the region and environmental conditions. Gophers are usually loners with the only exception being a mother with her young. The young will reach sexual maturity by approximately one year old and then proceed to establish their own territories. Gophers can live up to three years and a single acre of land can house as many as approximately 60 gophers at a time, depending on species and region.

Gophers are herbivores, and they feed on plants, shrubs and trees. Typically, they dine on roots while digging, preferring to stay underground. However, sometimes they will venture outside of their tunnel systems at a distance no longer than the length of their bodies to grab nearby plants. They can also be found feeding on garden crops, vines and even ornamental plants, sometimes mistaking them for the real thing.

Despite the havoc they can wreak, gophers can do great things for the environment. The excrement and dried vegetation that they leave in their burrows acts as natural fertilizer. However, most people consider them an annoyance due to the mess and unsightliness they can cause. A single gopher can create multiple tunnels in just one day, wrecking your garden and damaging your crops.