Gopher vs. Mole: What's the Difference?

If you are seeing strange holes appear in your yard, you may be wondering if it’s gophers or moles causing the damage. Both species live underground, but the problems they cause can quickly come to the surface. Before determining the best way to handle the intruders, you need to know what you are dealing with. Learn which pests are most likely invading your yard by examining their behavior, the mounds they create and what they look like (if you manage to spot them). 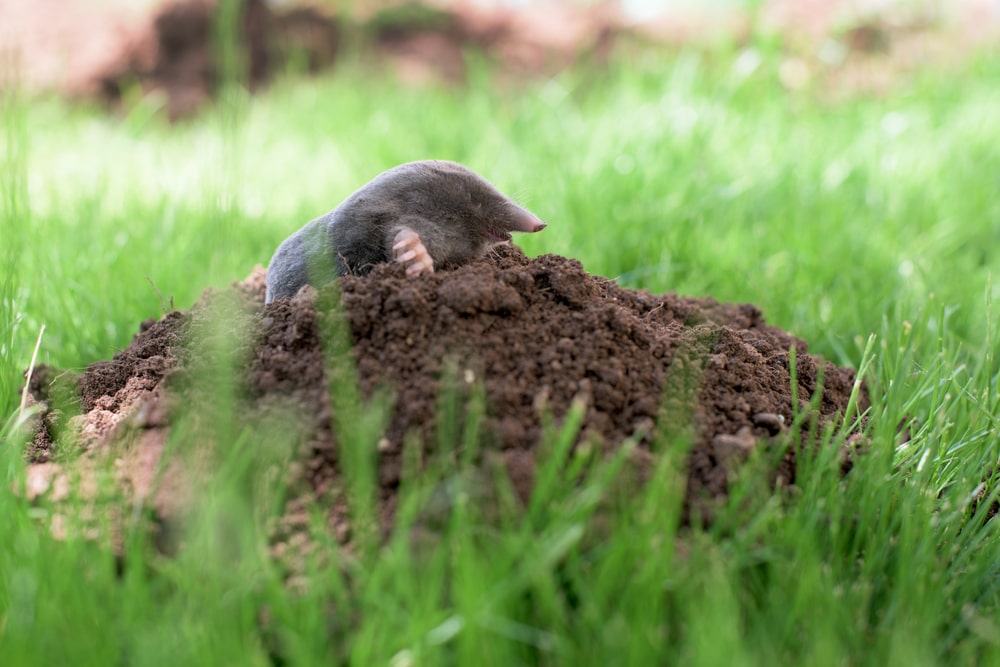 The Difference Between a Gopher and Mole

Gophers are medium-sized rodents with fur-lined pouches outside of their mouths. They average around 12 inches in length, vary in color and have four large incisor teeth that are always exposed. They have short necks and strong forefeet with long claws used for digging. Gophers have small eyes and ears, whiskers and sparsely-haired tails to help them navigate through their tunnels.

Moles are small mammals that belong to the shrew family. Moles are about 6-8 inches long with pointed snouts, paddle-like forefeet and long claws. Their feet are used to help them dig through the soil. Moles don’t have external ears, and their eyes are so small they appear to be absent. Their fur is soft and varies from brown to gray with silver highlights.

Gophers construct burrow systems underground with an elaborate tunnel network. A gopher’s burrow system consists of a main tunnel that is 4–18 inches below the surface with connecting lateral burrows. Lateral burrows end with soil plugs (mounds) on the surface. These plugs are typically 10–20 inches in diameter and can be seen more during spring and fall when gophers are most active. Gophers create their habitats in soil that’s firm enough to maintain their tunnels and will avoid rocky or swampy areas. A good indicator of gopher activity is the opening of the holes. If a hole is plugged with fluffy, fresh dirt that typically means a gopher is inside and still digging. Otherwise, the burrow system has likely been vacated.

Moles create cone-shaped mounds about 2 inches in diameter on the surface. Many people often refer to mole mounds as molehills. Moles tend to burrow in coarse soil and earth clods. However, they will not typically create numerous mounds like gophers. Moles build raised ridges or surface tunnels, usually between 16-18 inches deep.

What Damage Do Gophers and Moles Cause?

Both gophers and moles can cause damage to your yard if you allow them to stay and habituate. Even though gophers are solitary animals, one gopher can build over 200 dirt plugs (mounds) in one year. If your garden is covered in holes, you may just have one busy gopher on your hands. Gophers can also destroy underground utility cables or piping, eat rooted plants and contribute to soil erosion.

Moles are rarely seen by humans and can go undetected until their tunneling activity becomes apparent. They feed primarily on insects and earthworms and rarely on plants or vegetables. However, mole tunneling can disturb grass and plant roots, ultimately stunting growth.