Insect Budding and Why You Want to Avoid It

Most bugs are social, including ants, wasps, termites and even cockroaches. But why is budding something you want to avoid? 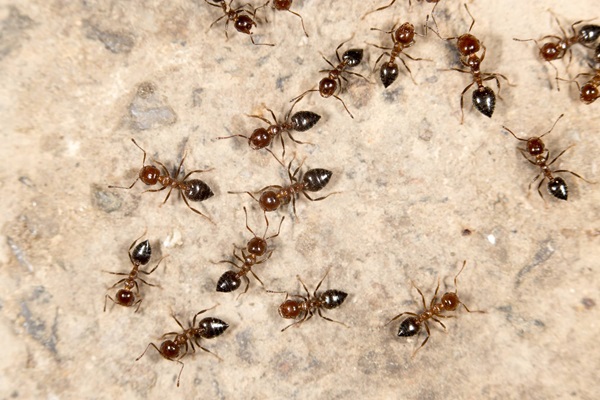 When you think of evolved societies and intelligence, insects probably don't spring to mind. But they should. Most bugs are social, including ants, wasps, termites and even cockroaches. In fact, they form massive colonies, sometimes in the millions, and have complex social structures that are rigidly followed by every member.

In bug societies, individuals are less important than the colony as a whole and every member has a position to fill. Underneath the anthill, inside that termite nest, and within infested walls, a complex hierarchy dictates which insects perform which tasks: harvesting food, defending the nest, caring for the young, etc. This ensures the survival of the entire group. Entomologists are still unraveling the mystery of how this behavior evolved in some species and not others.

For homeowners, however, the consequences of this insect intelligence are as worrisome as they are fascinating: Where there's one ant or termite, there are bound to be many, many more. And where there's one colony, there's the potential for another to spring up as the colony buds. This natural occurrence can cause serious issues, possibly resulting in additional damage to a home's structure.

What is insect budding?

Insect budding occurs whenever one group of social insects splits and some of its members depart to start a new colony elsewhere. Often, a queen is needed, and only certain classes or castes within the colony are able to colonize in this manner.

However, in some ant species, such as the invasive Argentine ant, worker ants can bud without a queen. These sterile worker ants will transport eggs to a new site and raise new reproductives (kings and queens) to expand their territory.

Why do ant colonies and termite colonies split and move?

In our experience, insect colonies will bud for a number of reasons, including:

The existing colony has matured

Once some ant and termite colonies reach a specific age and/or population size, instinct kicks in. While there is no universal age at which all termite colonies mature, a subterranean termite colony typically buds when the colony is between three and five years old.

Ant colonies sometimes bud to avoid overcrowding in the original nest or to establish a larger presence when optimal conditions present themselves.

As mentioned before, some ant species, like the Argentine ant, don't require a queen to start a new colony. Workers will move eggs to the new location and the colony is grown from there. With other ant species, a fertilized queen and several workers will set out to find a new nest where they can raise young and begin to build another colony.

The colony is under distress

Any number of factors can create environmental pressures that might cause an insect colony to bud. Food may be scarce or the ground may be becoming so dry that the insects are threatened with dehydration. Subterranean termites, for example, must maintain a certain level of moisture to survive. Maintaining contact with moist soil may be one way for them to stay hydrated.

Humans trying to eliminate an ant colony can also cause distress and budding. Unfortunately, some over-the-counter pest repellents can actually promote budding, as the insects will simply spread out in order to avoid sprays, powders and other concoctions. A professional pest control company, like Terminix®, can help control a current pest infestation and help prevent future ones.

Insect budding is a serious problem, but how can you tell if social insects are trying to establish a colony, new or old, in or around your home? Here are a few things to look for:

Be on the lookout for winged termites and ants

If you notice these pests in your home, especially out of season, chances are that an existing colony on your property has budded. Generally, termite colonies swarm as the weather warms up and winged members of the colony choose a mate. The female of each of these pairings then seeks a place to begin her own colony. Ants also tend to be more active during the warmer months, especially when there's plenty of food and water, which is a requirement for the colony to thrive.

Ants and termites communicate with each other using chemical signals called pheromones. If you notice foraging ants in your kitchen or discover termite mud tubes in your basement, you've come into contact with a colony's "scouts." Traffic along these insect highways should be two-way, as the bugs at the head of the column are trudging back to the nest to inform their neighbors of the presence of food, and those neighbors are following the tracks laid down by the advance guard toward that food.

How can you prevent insect budding?

It's not possible to completely stop insect colonies from budding. After all, it's their natural instinct and a major factor in their long-term survival. However, you can get the problem under control with the right approach.

The best method of preventing insect budding is to eradicate any existing insect colonies. However, be very careful when attempting to remove the colony on your own. You can make the problem worse or even hurt yourself.

Handling pesticides always requires caution, and the instructions for application can be complicated and require the use of special tools. The best way to control infestations of social insects is to contact a pest management professional and let them recommend, handle and apply all forms of pest control. Pest management professionals aren't only trained in the use of the most effective pesticides, but they're also experts in insect behavior and know the best methods for rooting out insect colonies.

You may be heavily outnumbered in the fight against termite and ant budding, but you've got a secret weapon that gives you an advantage. The pest control professionals at Terminix have the experience, training, tools, equipment and solutions necessary to get your pest infestation issues under control for good.

Contact us today if you're concerned about an insect infestation or if you've seen evidence of a colony that's budding. We'll send someone over to perform a free, no-obligation pest inspection, and we'll work with you to develop a safe, effective pest control plan that works for you.