How to Help Get Rid of Water Bugs

If you’ve ever spent a summer vacation near a pond or lake, it’s possible that you’ve been spooked by large insects zipping around in the water. You may have even been bitten by one! These creatures are called toe-biters or giant water bugs. But wait a minute… you’ve also seen insects like this in your home. Are they water bugs, too? 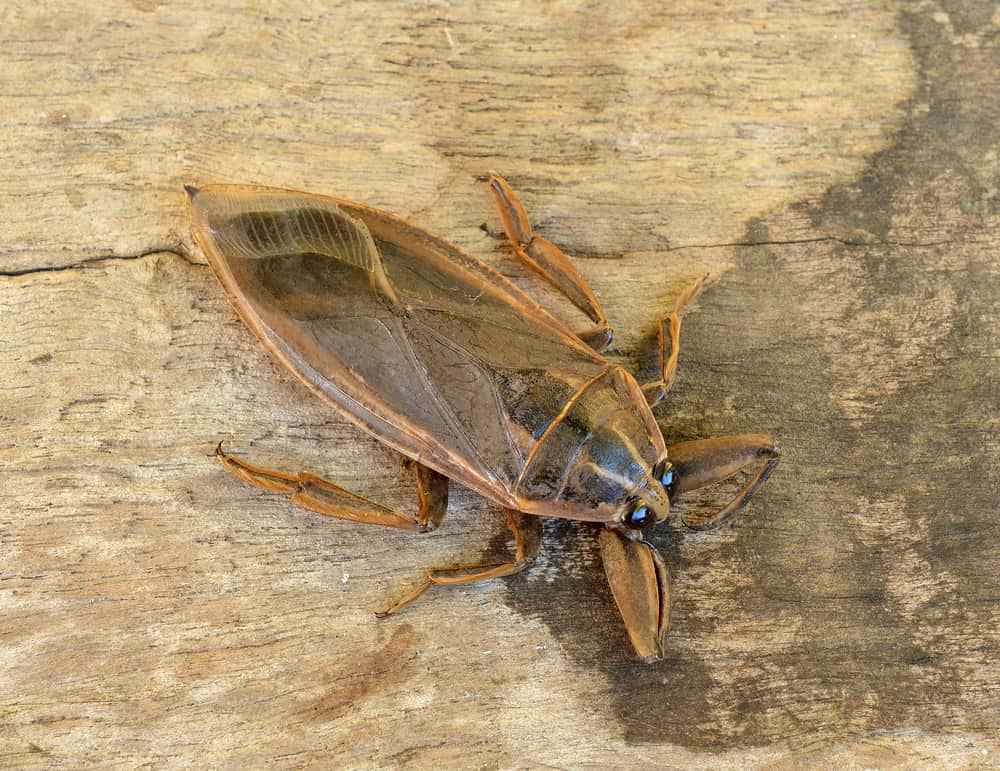 When it comes to figuring out how to get rid of water bugs, you need to first identify what insect is actually causing problems in your home. It may help to know that a true giant water bug won’t likely turn up inside your home. That means you’re probably dealing with one of the species of cockroach.

Many people think "water bug" is just another name for a cockroach. But are they the same insect?

Giant water bugs and cockroaches actually aren’t the same insects at all. Take a look at some of the features that set them apart.

Giant water bug: True to their names, these large insects spend most of their time in the water, specifically in ponds and lakes. Giant water bugs are predatory and will hunt and kill other insects, as well as small fish and animals.

These insects have an infamously painful “bite,” however it’s not actually a bite, but rather an injection of venom with their legs. But because people consider this a bite, this is why they’re known as toe-biters in some regions of the United States. Additionally, they fly during mating season and are attracted to lights.

Cockroaches: There are several different species of cockroaches that are familiar to homeowners in the U.S. However, three that are commonly mistaken for water bugs tend to be American cockroaches, Oriental cockroaches and Florida woods cockroaches. Sometimes these types of roaches are also called palmetto bugs.

Unlike true water bugs, cockroaches do not live in the water and are typically known to be scavengers. Also, these insects rarely bite humans and most can't fly, even though they do have wings. Those that do fly, or really just glide, are likely going to scatter when the lights come on rather than be drawn in like true water bugs.

A true giant water bug is one of the largest insects in the U.S. and Canada.  Most are about two inches long and one inch wide, but some species can grow to be 4 inches in length. Giant water bugs are tan or brown with flat oval-shaped bodies.

As mentioned before, giant water bugs have clawed front feet that they use to capture their prey (cockroaches also have feet similar to this, but they use them to climb). These insects can also be distinguished by their beaks and mouthparts that are used for piercing and sucking. Their antennae are located under their eyes and tend to be shorter than their heads.

This should help you tell the difference between cockroaches and true water bugs, as they actually aren't the same insect. If you want to learn more about cockroaches and how to help get rid of them, then Terminix can help.