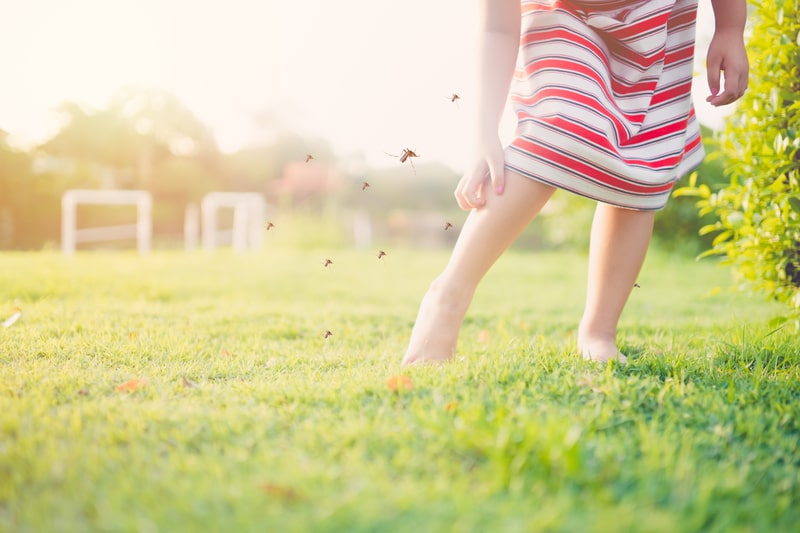 Entomologists are no stranger to the ever-popular question, “What's the best way to prevent mosquito bites?"

There are many ways to help prevent mosquito bites, but recently, researchers from the University of Washington published a study in the Nature Communications journal that has gotten quite a bit of attention. The study suggests the yellow fever mosquito, aedes aegypti, may be attracted to color, specifically the color red.

The research findings revealed that color alone, in the absence of an odor stimulus like carbon dioxide, had no significant impact on the mosquito's behavior. This research suggests that the mosquito displayed a preference for red only after they detected carbon dioxide, which all humans release when we breathe.

This study has prompted some questions for entomologists from the mosquito-bitten masses. Here are some considerations when learning about these complex creatures.

Should I wear specific colors to avoid mosquito bites?

Entomologists have long understood the implications of color as a means of mosquito attraction. Light colors are perceived as a threat to mosquitoes. This is why many species avoid biting in direct sunlight and are generally more active at dusk and dawn, as they are very susceptible to dying by dehydration. Therefore, light colors may instinctively represent danger.

In contrast, mosquitoes prefer dark colors for a few reasons. Dark colors may replicate shadows, which are more likely to absorb and retain heat, allowing mosquitoes to use their sophisticated antenna to locate a host. Aside from heat absorption, dark colors also stand out, whereas light colors blend in. Dark colors may block a mosquito's view of the horizon and allow it to visualize a silhouette, which they recognize as a potential host (and meal). This, in turn, enables the mosquito to better track objects in the distance.

Is there an association between the color red and blood?

This question was not addressed in the study, as it can be largely assumed that there is no association between the two. While mosquitoes can see using their compound eyes, their perception is poor. They do not see clear images and science does not yet fully know whether or not mosquitoes perceive colors the same way as other animals, say humans, would.

Typically, the first indicator for a female mosquito that a bloodmeal is available is smell. In many species, female mosquitoes can detect respiratory gases such as carbon dioxide from distances as far as 170 feet away.

This then prompts the mosquito to fly in closer to the odor, at which point a female mosquito can visually identify a host, often from distances between 15-50 feet. The mosquito can then use a heat sensing receptor in its antenna to follow up on this visual cue right to exposed and unprotected parts of a potential host's body. As for a distinct attraction to the color red, this recent research suggests a more likely association between human skin pigmentation, which emits a red-colored "signature."

Why do mosquitoes bite me?

Only female mosquitoes bite humans. They use the blood from their host to reproduce, as the blood helps them produce more eggs. Mosquitoes typically rely on three separate cues to find a host for a bloodmeal: visual (sight), olfactory (smell), and thermal (body heat).

How do I help prevent mosquito bites?

Mosquito bite prevention is multifaceted. In other words, any knowledgeable mosquito control company, such as Terminix, will tell you that mosquito treatment is reliant on an integrated approach that uses several techniques at the same time.

These techniques can help reduce the likelihood that you'll be bitten:

There is no singular approach to bite prevention, and unfortunately, mosquito bites aren't always entirely preventable. However, these techniques can help significantly reduce your odds of being pestered by mosquitoes.

If you have any questions about mosquito control for your home, don't hesitate to reach out to the professionals.

*Actual savings may vary. Quick Guard Mosquito Service not available in NY, VT, NH and portions of CT. Offer only valid for new customers of either individual service. Full savings only applied when both pest and mosquito control plans are purchased for the first time. Valid only at participating locations. Single-family dwelling units only. Limitations apply. See Plans for details. Offer expires 4/30/22..