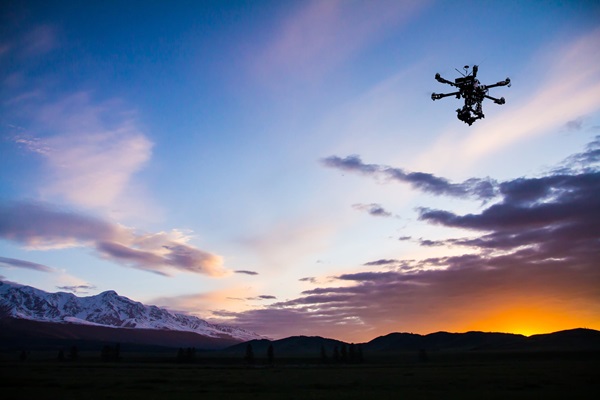 Data on occurrence and abundance of adult mosquitoes monitored via trapping (e.g., CO2-baited Centers for Disease Control and Prevention light traps) as part of a surveillance program can help mosquito control personnel develop control plans. Personnel must have knowledge of mosquito biology (e.g., egg-laying sites, flight range) of certain mosquito species in order to control potentially dangerous or nuisance mosquito species. In remote areas (e.g., salt marshes, crop irrigation fields), larval habitats may be difficult to find and/or access, and this can hamper control efforts. Hence, mosquito control operators are turning to high-tech tools to help with reconnaissance of mosquito habitats and, in some cases, application of insecticides.

Some scientists and mosquito control programs have to use remote sensing from satellite images (e.g., infrared) imported into a geographic information system to map areas of standing water or even different land cover types that could provide harborage for mosquitoes. Using a geographic information system to track and map egg-laying sites throughout a county and/or municipality is useful for long-term surveillance and control. However, in some cases, remote sensing technologies may be hampered by environmental conditions such as cloud cover and/or may be at too coarse of a scale to be useful for day-to-day operations of mosquito control programs.

Some mosquito control programs are using unmanned aerial vehicles (drones) to conduct surveillance and control in remote areas (e.g., brackish salt marsh, irrigation field) that are difficult to reach by land but may have mosquito production sites that impact residential or other public areas. Fixed wing or rotary wing drones (depending on the model) can allow the operator to view images of potential larval production habitats, including monitoring drainage patterns, soil types and topography, in real-time. The use of mosquito drones may also be less disruptive and potentially less expensive than the use of helicopters for these remote areas. In addition to mosquito control operators, many agricultural operations are using drones for surveillance and application of insecticides and/or for other purposes.

Once larval habitats are identified, some drones are capable of carrying and applying larvicides and/or adulticides to small targeted areas. Some drones are fitted with a global positioning system (GPS) that can track flight patterns in conjunction with insecticide application. An operator can remotely pilot the drone or, in some cases, autopilot programs may be available for pre-programmed flights. Drones can be useful to target specific areas with larvicides or adulticides, as an alternative to truck-mounted applications that may require a high degree of drift of droplets in order to reach a target area in remote locations. Drones also may preclude the use of piloted aircraft for applications, thereby increasing the potential applications of smaller mosquito control programs that may not have budgets supportive of piloted aircraft.

The Federal Aviation Administration (FAA) regulates drones used for commercial, government and recreational purposes. Individual states may have additional requirements (e.g., through the Department of Transportation) for drone operators, depending on the type of use. In general, drones used for government functions (e.g., in this case, mosquito control) would need to have a Certificate of Waiver or Authorization from the FAA for the specific functions the drone would perform. Commercial use of drones (where payment for services may be made) would need to apply for an exemption, according to the exemption under section 333 of the FAA Modernization and Reform Act of 2012, in addition to having an airworthiness certificate.

The FAA has specific rules on operator qualifications, drone maintenance and operation, including no allowance for flying over people, vehicles and structures. If it is necessary for the drone to fly over vehicles or structures, the operator must obtain the proper permission prior to administering the flight plan. The operator must submit a flight plan to the Flight Standards District Office at least 72 hours prior to the proposed flight.

As drone technology continues to advance and be used more frequently in mosquito surveillance and control applications (especially for large mosquito control programs), we will likely see the usage of unmanned aerial vehicles increase. This is especially important in difficult-to-reach areas where operators would not otherwise be able to target and control mosquitoes.