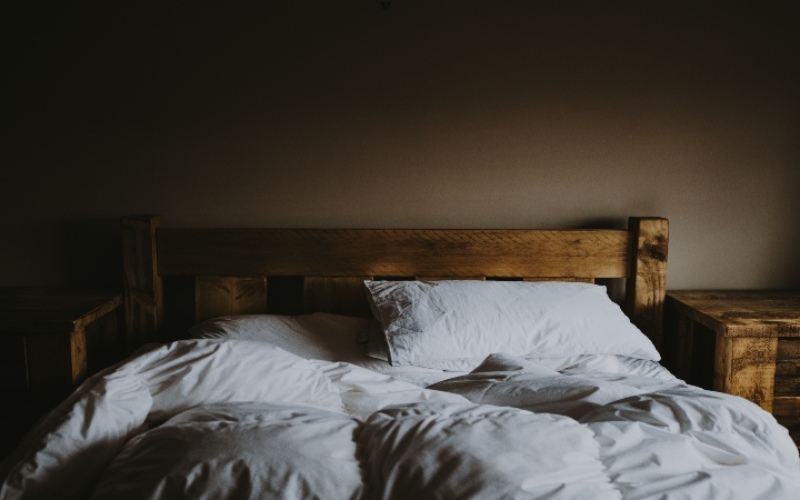 Adult male bed bugs often have abdomens that end with a rounded bump. Females, on the other hand, have much more rounded abdomens. These shapes are more obvious when the bed bugs are unfed. After bed bugs feed, their shape will change and it becomes more difficult to determine between male and female. The other main difference between the male and female bed bugs comes down to reproduction. Female bed bugs, of course, are the ones to lay the eggs that further bed bug infestations. A single female can lay 200 to 250 eggs in its lifetime.

Although there aren’t too many differences between male and female bed bugs, there are multiple ways to identify bed bugs more generally. Bed bugs are often thought of as an almost-invisible, mythically notorious pest. It’s easy to understand why: bed bugs are usually inactive during the day, hiding in cracks and crevices in your home, and they may be hidden for long periods of time before they are seen, but bed bugs are hardly invisible. In fact, adult bed bugs are visible with the naked eye as they are about the size of an apple seed.

Bed bugs go through several different life cycle stages, with different physical appearances during those stages. Listed below are the main stages and what a bed bug will look like during each stage.

The other information that becomes very helpful when it comes to identifying bed bugs is signs that you may have a bed bug infestation—and there are a few more than what appears to be a bed bug bite. If you strongly suspect a bed bug infestation, a professional will be able to thoroughly inspect. But the following are some signs that may help you figure out whether you’re dealing with bed bugs or not.

How to get rid of male or female bed bugs?

Male or female bed bug problem on your hands? Not to worry—Terminix can help you manage it. There’s no denying that bed bugs are an annoying pest. But you don’t have to try and deal with an infestation on your own. In fact, the most effective way to manage bed bugs is to call in a professional.