Raccoons are known for their ringed tails and the masked markings around their eyes. In fact, it’s because of this mask that they’re often portrayed as bandits, spies or ninjas in cartoons. But what do you really know about raccoons?

Take a look at eight interesting facts about these bushy-tailed mammals.

1. What Do Raccoons Eat?

Raccoons are omnivorous, meaning they eat animals, insects and vegetation. Oftentimes, raccoons choose to live in marshes or near riverbeds so they can dine on fish, crawfish, snails and frogs. However, they’ll also raid your garden, eat pet food, rummage through the trash and scale trees to steal bird eggs. Maybe that’s how they got a reputation for being bandits? 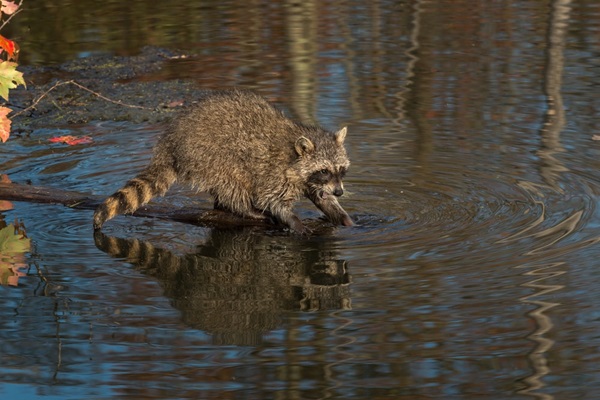 2. There Are No Wild Raccoons in Alaska

Because they’re not too particular when it comes to food, raccoons live in 49 of the 50 states. They don’t live in Alaska, though. While raccoons were introduced to the state in the 1930s when fur trading was booming, the Alaska Department of Fish and Game notes that the attempts to transplant the animals were unsuccessful.

3. They Can Get Fairly Large

Most adult raccoons average about 18 to 28 inches in length and weigh anywhere from 5 to 15 pounds. Males tend to be larger than females. The world’s heaviest raccoon, named Bandit, of course, set a Guinness World Record for weighing almost 75 pounds. It’s important to note, however, that Bandit was kept as a pet and was often seen frequenting the local ice cream store.

4. Where Do Raccoons Live?

Raccoons live in dens that they make out of holes in fallen trees or in burrows that have been abandoned by other animals. They hop dens, though, and will relocate every few days or so. The exception to this rule is nursing mothers, which wait until their kits (baby raccoons) are old enough to be moved before finding a new den.

5. What Happens to Raccoons in Winter? 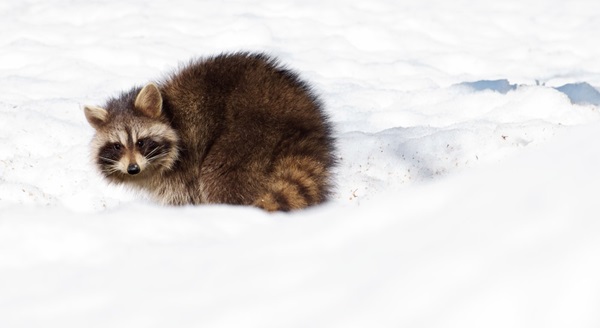 Do raccoons hibernate? Not really, as they’re not true hibernators. However, they can build up their body fat during spring and summer so that they can sleep in their dens for weeks at a time when the temperatures drop and the snow falls. That’s why you may see fewer raccoons in winter. Some people may even find raccoons in the attic during colder months. Better keep a wildlife removal professional on speed dial!

6. They Were Originally Classified as Bears

Swedish naturalist Carl Linnaeus originally classified the raccoon as a relative of the bear in 1740. He named it Ursus cauda elongata and later Ursus lotor, which roughly translates to “long-tailed bear” and “washer bear,” respectively. In 1780, a German naturalist named Gottlieb Conrad Christian Storr came along and corrected Linnaeus’ error, creating a new genus for the raccoon, which is still used today. Now the raccoon is classified as Procyon lotor, which can be roughly translated to “early washer dog.” However, the raccoon is not a dog.

7. How Long Do Raccoons Live?

A raccoon’s lifespan depends on whether it lives in the wild or in captivity. Wild raccoons have a life expectancy of about two to three years. However, some raccoons are kept at zoos, environmental centers or even as pets (though this isn’t recommended). Captive raccoons have been known to live for as long as 20 years.

Their masks may make them look cute, but you don’t want to tangle with these mammals as they can become very aggressive, especially when cornered. The Centers for Disease Control and Prevention (CDC) states that raccoons were the most frequently reported rabid wildlife species. Additionally, they carry parasites that can transmit baylisacaris infection to humans. While human infections of baylisacaris are rare, they can cause severe damage to the eyes, organs and brain.

Clearly raccoons are pretty interesting creatures. However, that doesn’t mean you want to find them in your home. If you suspect you have a raccoon camping out in your attic or crawl space, you’ll want to contact a wildlife removal professional as soon as you can.