The Ins and Outs of Fly Light Traps

Be it flies, moths and some beetles, a large number of pests are drawn toward lights. Though pests like some species of cockroaches, such as smoky-brown cockroaches, are highly attracted to light, most flying insects will surround a light source. While this can be a nuisance during a relaxing evening out on the porch, light can also be used to trap and kill these annoying pests. 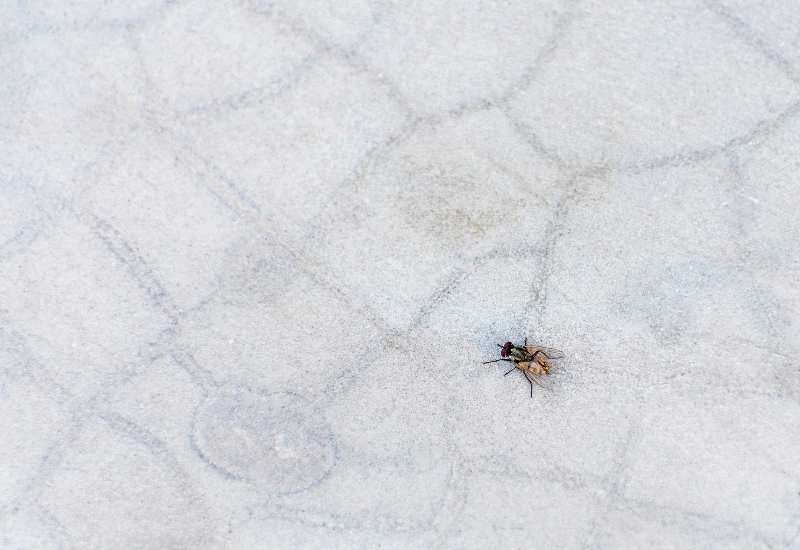 Fly light traps, also referred to as insect light traps (ILTs), have been used as a form of pest control for over a century. Though the early trapping methods primarily used candles and white-light lamps to capture flies, the technology of these traps has since improved. Today, most fly light traps employ ultraviolet light to attract insects and glue boards to trap and kill them.

These types of traps are especially useful in commercial areas that may be negatively impacted by a large presence of flies, like restaurants, hospitals, and nursing homes. The CDC notes that while not all fly species are dangerous to human health, houseflies can transmit bacteria such as Salmonella spp or E. coli, that can cause diseases in humans. Houseflies can carry this bacteria on their bodies.

Ultraviolet fly light traps have been a proven method of pest control for decades. The UV rays emitted from the fly light trap lamps attract flies and other pests toward the trap. Then, depending on whether the trap uses high-voltage electricity or sticky glue-boards, the flies are either zapped, potentially causing insects to explode and spraying their body parts several feet from the zapper, or they are trapped in a layer of glue. Fly light traps that utilize electricity will include a pan at the bottom of the trap to catch the dead pests. Though the safety of using UV fly light traps in public areas has been debated, the US National Library of Medicine determined that the UV-A exposures from being near fly light traps “would be far less than the typical UV-A exposure in the outdoor environment.”

However, fly light traps can’t be placed just anywhere. Because of their ability to draw in a wide range of flying pests, improperly placed fly light traps could actually bring more buzzing pests toward the areas you are trying to protect. For example, a trap placed directly onto a porch or patio could result in an increase of flies within that small space. For this reason, it’s essential that the correct type of trap is used and that it is properly placed.

Not all fly light traps are created equal. Depending on the layout of the infested room, one type of fly light trap may be more effective at eliminating an infestation than another. A pest control professional can help you with proper selection and placement of light traps.

Wall-mounted fly light traps are often placed about 3-5 feet from the floor, which is the height at which flies typically travel. This type of fly light trap often works best for companies in the hospitality and healthcare industries that need continuous fly control support. As long as the traps are strategically placed near a door or window and at least 5 feet away from any food prep stations, wall-mounted fly light traps can be effective at capturing and killing flies and other flying insects.

A wall sconce is similar to a wall-mounted fly light trap, in that it is placed approximately 6 feet above ground level. These fly light traps are decorative, however, so they are perfect for capturing flies in high-traffic public commercial areas, like within restaurant entryways and hospital waiting rooms.

Though most flies become inactive at night, ceiling-mounted fly light traps can be used to capture any number of nighttime flying pests. These traps are generally placed at least 8 feet above the floor, or 6 inches above stacks of non-food inventory. For homes or workspaces with narrow hallways, ceiling-mounted fly light traps are preferred to wall-mounted traps, as they keep the flies away from eye-level.

Freestanding fly light traps offer greater flexibility for homeowners and business owners who may need pest control in a variety of rooms. These traps are portable and can be moved between shelves and counters, depending on where the infestation is most extreme. However, extra care should be taken when placing portable traps. If placed carelessly, portable fly light traps can bring unwanted pests toward high-traffic areas.

A number of factors can make a fly light trap effective or ineffective, such as its placement and intensity. Large food manufacturing facilities will require a significantly different strategy when placing fly light traps than a doing the same for a single-family home.