Can Cats Help Get Rid of Mice?

It’s no secret that cats (predator) chase mice (prey) and that mice scramble in the presence of cats. This leaves many people wondering – can cats help get rid of mice? Here are some things that you should know about the predator-prey relationship between cats and mice. 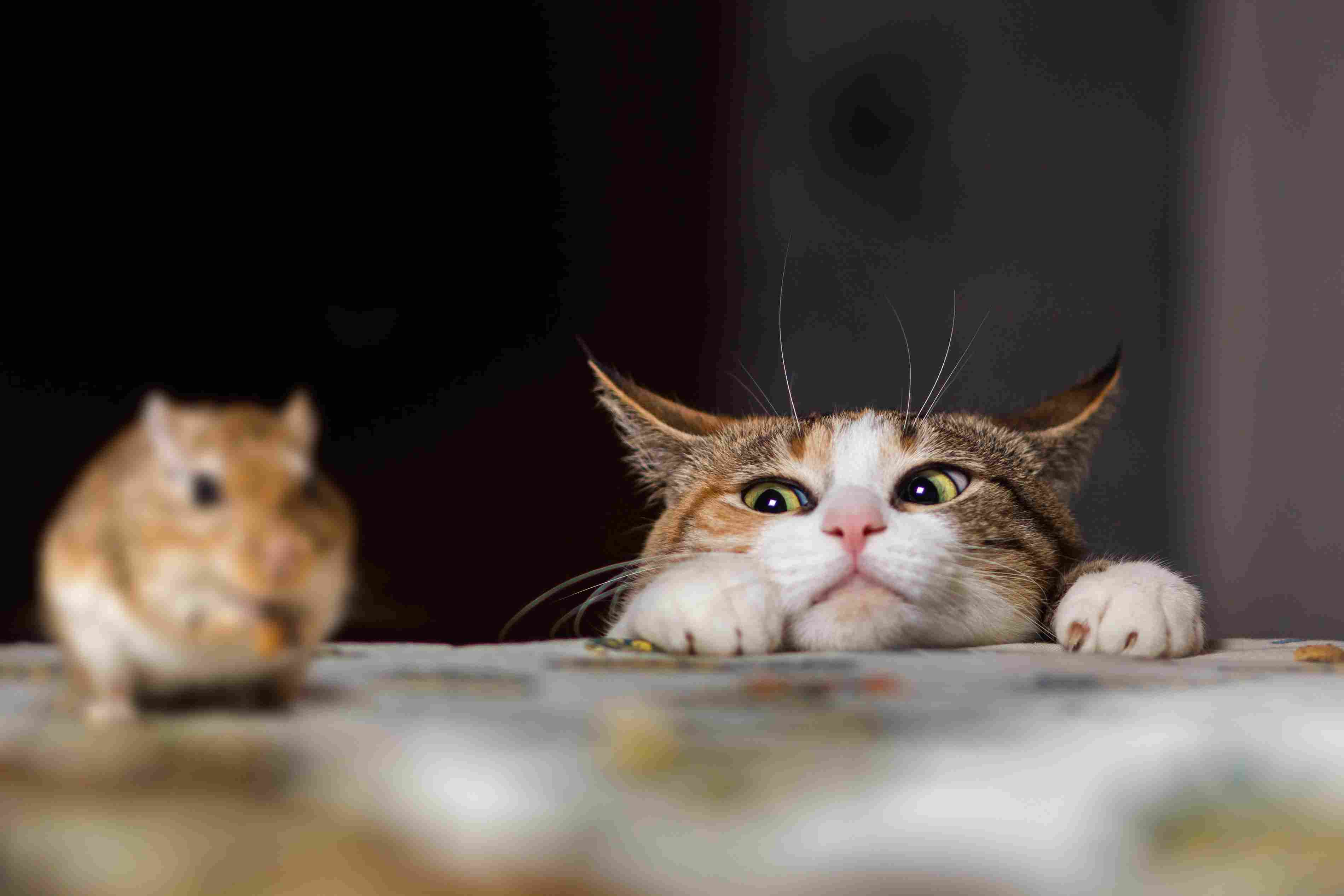 The Cat and Mouse Relationship

So, will cats help get rid of mice? In a University of Florida study, researchers tested the effect of household pets (such as cats and dogs) on activity patterns of the rodents the black rat (Rattus rattus) and the Natal multimammate mouse (Mastomys natalensis) in several African villages. In the presence of cats or dogs alone, mouse foraging activity was not significantly different than when no cats or dogs were present. However, mouse activity significantly decreased when both cats and dogs were present. Researchers determined that, “when different types of predators are present together, they likely create a heightened landscape of fear for foraging rodents.” This indicates that cats alone may not deter mice from your home; however, further studies are needed to evaluate this in urban/suburban environments. Consider alternate methods for rodent control and exclusion including consulting a Terminix® wildlife professional.

If cats don't effectively help get rid of mice, then why are mice afraid of cats? It all comes down to their mouse's sense of smell. Lisa Stowers, a researcher from The Scripps Research Institute, continues to study the relationship between mice and cats. Stowers explained that odor molecules (also called pheromones) may indicate the presence of danger in mice. For example, if mice smell cat urine, mice are likely to leave the area to avoid the predator. Stowers discovered that pheromones travel through the mouse nose to the brain, where the pheromones will interact with neurons which stimulate emotions. In this case, it’s the smell of cats that sparks fear in mice. Whether they like it or not, mice are wired to panic in the presence of predators.

Cats' chasing behaviors may also be a result of biology – or in this case, genetics. Until recent years, household cats and the European wild cat belonged to the same species – Felis silvestris. While domestic cats are now considered their own species (Felis catus), they still share many behaviors and characteristics with their wild counterpart. Historically, both domestic and wild cats have hunted 70% mammals, 20% birds and 10% of other animals, depending on geographic area, availability of prey and other factors. This may explain why household cats earned a reputation for hunting rodents. Since mice are prevalent in cities and suburbs, they may be one of the primary food sources. However, household cats also receive cat food from their owners. Thus, they may not be as aggressive in their hunting activities since they aren’t relying on it as means for survival.

When it comes to mouse control, you shouldn’t rely solely on cats. Some other methods to help suppress and control mouse populations include common sanitation efforts like regular vacuuming, trash removal, and patching up potential entry points. While these methods cannot guarantee that your home will be free of mice, they can help lessen the attraction for other mice. If you have spotted a mouse in your house, schedule an appointment with Terminix®. Our trained technicians can apply integrated pest management strategies that can help rid your home of rodents.


Or learn more about mice