Scroll down to learn about mice facts to learn more about what mice can look like, where mice live, mouse control, and more.

Mice and other rodents are abundant in nature, and depending on the species, can live in open fields, densely wooded areas or even in and around areas where humans live and work. These pests like to nest in areas close to food and water. Learn more about mice, how to identify them, as well as the telltale signs of a mouse infestation in your home.

If you spot a rodent in your home, it can be a bit unnerving. You may wonder if you've just seen a mouse, or if it's actually a rat scurrying about. Here are some quick ways to tell a mouse from a rat based on its appearance: 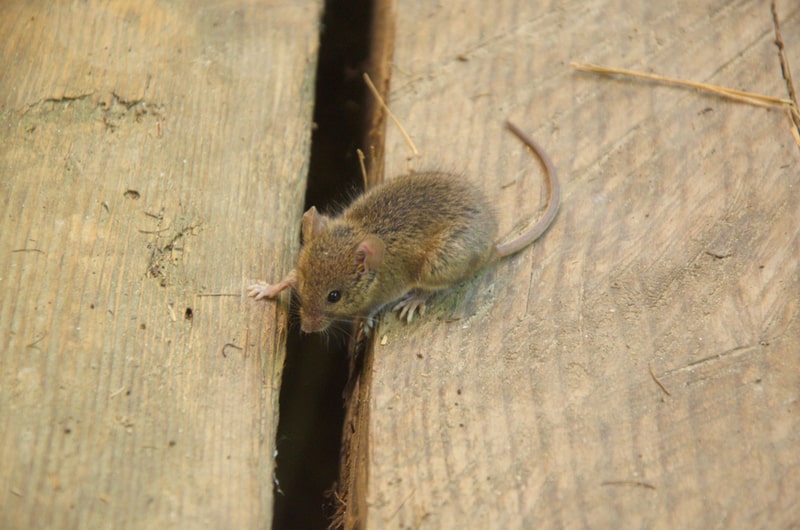 Mice generally have a lifespan of between 12 and 18 months. Mice that live outdoors usually have a shorter lifespan than those that live inside a home or indoors. In fact, because living in a home offers plentiful food, water and protection, house mice can extend their lifespan to two or three years.

However, it's not how long each mouse lives that matters, but rather, it's how many mice you have. One of the main reasons why a mouse infestation is so hard to control is that females begin breeding as early as 6 weeks of age. For a pregnant female mouse, the gestation cycle (process of being carried in the womb) only lasts between 19 and 21 days. As a result, they can give birth to as many as 60 pups each year.

Mouse pups are nursed for another 21 days after their birth, opening their eyes at around two weeks of age. While male pups may leave the nest and migrate elsewhere, female mouse pups may still inhabit the same territory as their mother. Once fully weaned, these mouse pups are old enough to begin gnawing on objects around your home -- or even get into any food within reach. Mice prefer fruit, vegetables, oats, cereals and (especially) peanut butter and chocolate, making any candy or cereal stored on accessible shelves in your pantry or cupboards particularly attractive to hungry mice.

After the birth of her litter, a female mouse can immediately mate and have another litter in 25 days if conditions are favorable, leading to a huge increase in your home's mouse population very quickly.

Where do mice live?

Mice can survive in many indoor and outdoor environments, however, their natural habitat is outside where they can build a suitable nest out of grass, grains and other materials.

Compared to their indoor counterparts, outdoor mice are usually loners who are defensive of their home and surrounding territory. Males and females come together to mate and then the female mouse cares for the young until they grow and find homes of their own.

By contrast, when mice live indoors, they tend to live in groups under the leadership of an alpha male. Indoor mice often build elaborate nests inside walls, ceilings, attics, and any other void they can find. Anything soft and cozy is fair game for indoor mice to use to craft a nest, including shredded cardboard and paper, rags and insulation. Once they've nested, they'll remain hidden, only venturing out to feed or find fresh water.

What different types of mice live in the U.S.?

The United States is home to more than 70 species of mice and rats. Many of these rodents live in the wilderness where they are seldom seen by humans. However, there are three species of mice that are commonly found in households, commercial buildings and other man-made structures.

House mice, as their name implies, are the most common species of mouse found in homes throughout the U.S. These rodents have round bodies topped with a relatively small head with a pointed muzzle. The ears and eyes of a house mouse are large compared to the size of their head and their smooth fur varies from light brown to dark gray with buff-colored stomachs. House mice are small and often no longer than two inches in length. House mice are great climbers and can enter the home through small spaces, such as vents and the space beneath a garage door. 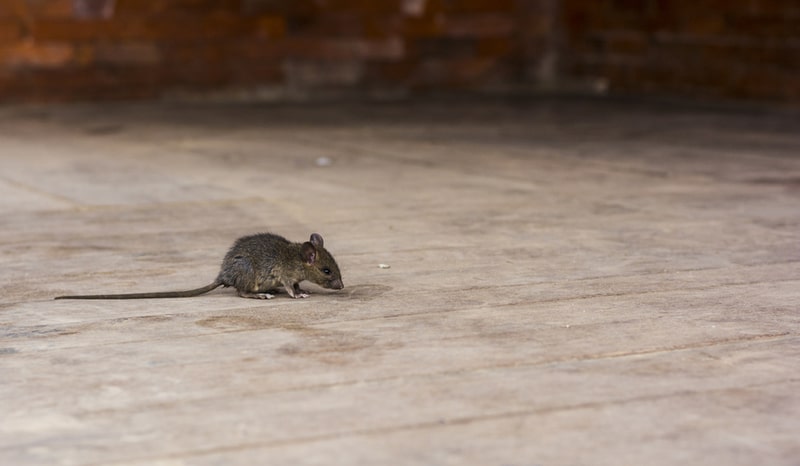 Much like their namesake, the deer, this type of mouse is two-toned with a top half that's light to reddish brown with a white underbelly and feet. Deer mice are similar in size to their house mouse cousins at around two inches long. Deer mice are mostly found outdoors, although they have been known to invade uninhabited structures in search of shelter and a source of food. They prefer to build their nests in hollow trees, rocky formations, and other secure spaces.

White footed mice resemble deer mice in that they're around two inches long and are also two-toned in color. Like deer mice, white-footed mice range between light- to red-brown with white bellies and feet. They are rarely found in homes or cities and can be more easily found in rural or heavily-wooded areas. They make their nests in natural hiding spots like holes in trees, in fallen logs, and in debris or brush piles. If they do end up inside a structure, white footed mice will choose a location that has as little human activity as possible. 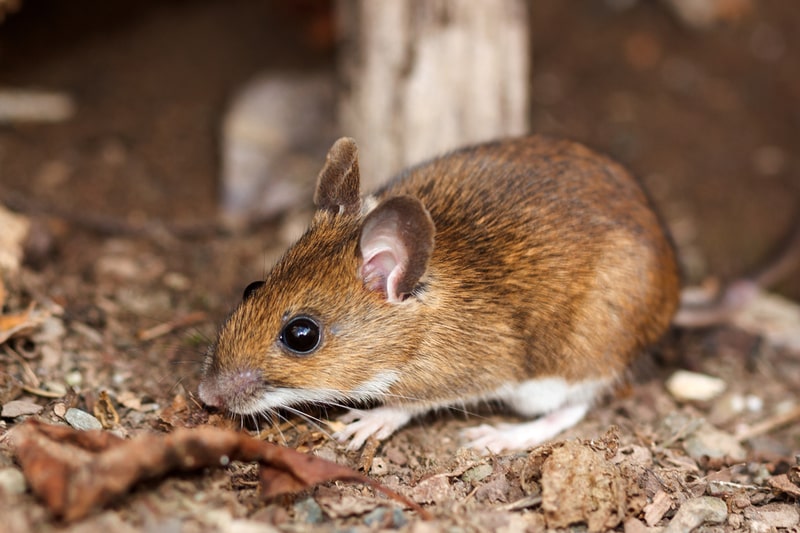 Signs of a mouse infestation

Mice are far from good house guests. They can cause damage to walls and furniture and mice can also munch on any food or food containers that are accessible to them. Their presence is cause for concern since they can carry and pass on pathogens that may cause diseases to people and pets. The sooner a mouse infestation is found, the faster the problem can be dealt with.

What damage can mice cause?

Mice are non-stop chewers, and will stop at nothing to get to food, water or a new place to sleep. In fact, mice can cause damage when they chew through drywall, wood, carpeting and other materials with ease, leaving behind entry holes. Mice are also quite good at destroying electrical wires as they chew through them, leaving your home exposed to possible fire hazards.

Additionally, their feces and urine often contain harmful pathogens that can make you ill. In some instances, certain species of mice such as deer mice and white-footed mice carry Hantavirus Pulmonary Syndrome (HPS). The hantavirus can be contracted by handling dead mice that have been affected with the disease, as well as by inhaling airborne dust from mouse droppings or residue from mouse urine. While cases of humans contracting the hantavirus are rare, it's important to wear protective gear, such as disposable gloves and a mask with a HEPA filter to avoid breathing in airborne particles if you may be in contact with rodent carriers and their droppings. 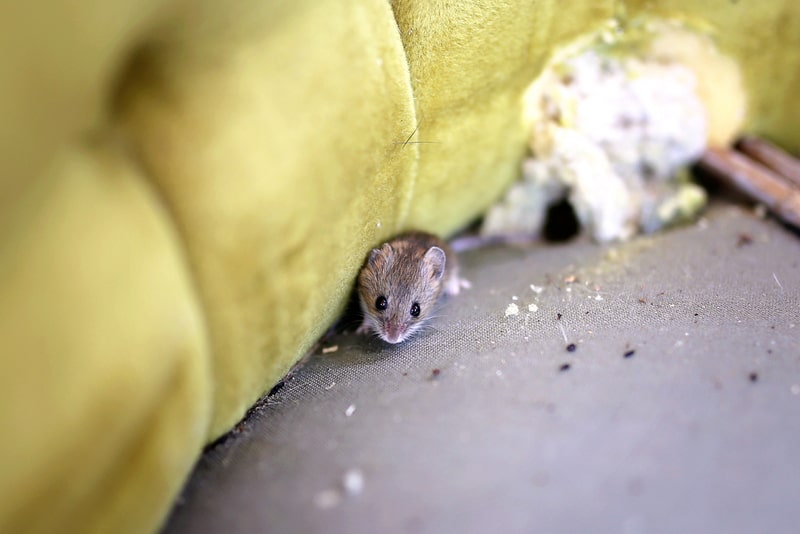 While mice are not often aggressive towards humans, their droppings are quite dangerous. If you spot what looks like grains of black rice on your countertops, in cupboards, and other areas of your home, it may be mouse droppings. Careful handling is a must. Always wear a mask with a HEPA filter, gloves, and protective clothing when cleaning mouse poop and clean and sanitize the area once it has been removed. 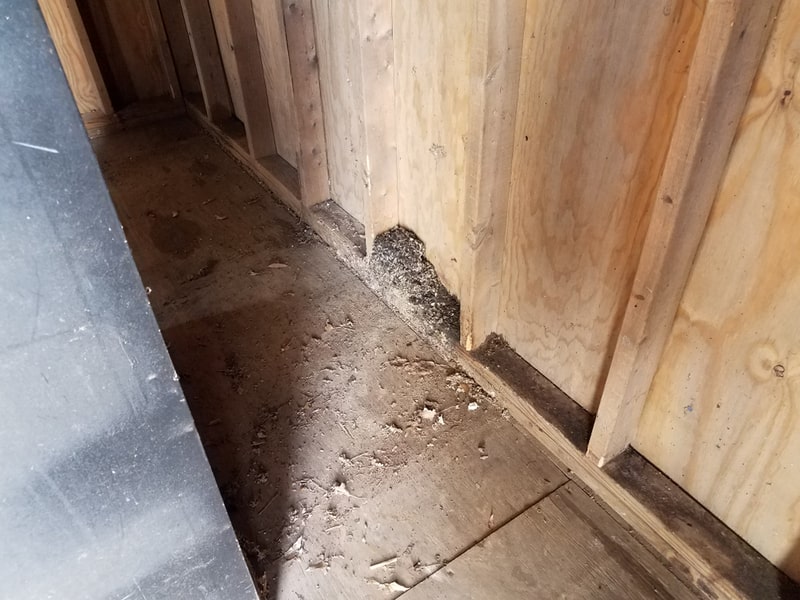 How Terminix treats mice in your home

Although there are a number of traps and mouse control products that you can purchase from a home improvement store or big-name retailer, these methods can be ineffective. Instead of experimenting with DIY methods and products to get rid of mice, contact us at Terminix to schedule a free inspection today. If mouse activity is found, your pest control experts will develop a personalized mouse control plan for you, and we'll help you implement strategies to keep mice at bay.

Get started with mouse control

All About Baby Mice

What Do Mice Eat?

Where Do Mice Live?

How do Mice Communicate With One Another?

The Life Cycle of a Mouse

How to Keep Mice Away and Out of Your Home