How Far Can a Rattlesnake Strike?

Rattlesnakes are distributed across the United States and are a scary sight for most human beings. However, snakes often avoid interaction with humans as we are not their intended prey. Snakes will often only strike for two primary reasons: 1) to subdue prey before eating and 2) to defend themselves. When it comes to the choice to fight or flee, a snake would much rather slither away. However, if a rattlesnake senses that your presence is an imminent threat, it may take a defensive stance. By learning a few simple facts about how far rattlesnakes can strike, plus more about their bite, behavior and areas of activity, you can help to avoid becoming a victim. 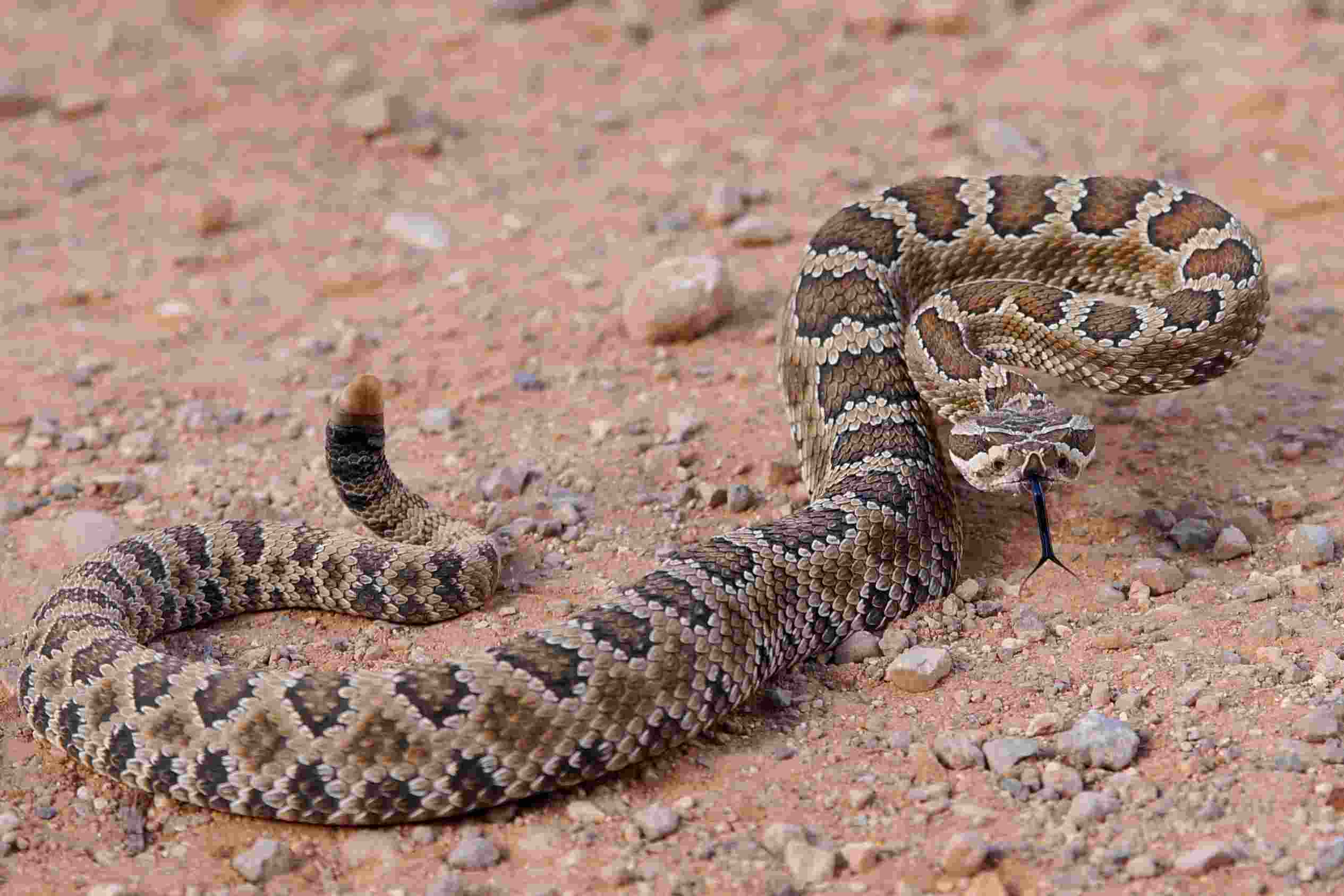 How close is too close to a rattlesnake with respect to strike distance? The answer depends, in part, on the length of the snake. In most cases, a snake can strike up to a distance between 1/3 to 1/2 of its body length. For example, if the snake is four feet in length, its strike can likely reach no more than two feet.

When rattlesnakes feel threatened, they will rattle their tails to make noise. This is an indication that they are willing to defend themselves. Rattlesnakes generally coil tightly before striking, as this protective position provides the best platform for which to launch a strike. If a snake is threatened, it will attack with its fangs exposed, ready to bite. Despite its name, don’t expect a rattlesnake to always rattle its tail in warning. If a snake is observed, it is best to move away from the area.

How Far Can a Rattlesnake Jump?

Snakes cannot jump, but instead lunge forward from a coiled position at an accelerated speed. As a snake launches itself, it may appear as though the snake is jumping. One study at The University of Louisiana, Lafayette, found that rattlesnakes were the fastest striking among venomous snakes. The study revealed that rattlesnakes can lunge forward half of a foot in only 70 milliseconds, which is faster than the blink of an eye. Snakes must strike quickly to catch fast-moving prey, including small rodents and birds.

While there may not be enough time to avoid a striking rattlesnake, there is a chance you may not be injected with venom. In another study at Loma Linda University, researchers examined how much venom is released by rattlesnakes during striking. The results showed that, in some cases, rattlesnakes can control how much venom they inject. It was reported that 10% of defensive bites administered by rattlesnakes striking at laboratory models of human limbs did not expel venom. A reason for this may be that some snakes save their venom for predatory bites versus defensive strikes and this is especially evident in snakes that are hungry. The study also found that larger snakes generally release more venom than smaller snakes. As a general rule, if you see a rattlesnake or other type of snake, leave the area to avoid potential interaction. If you do get bitten by a rattlesnake, it is imperative that you seek medical attention as soon as possible.