If you’ve ever locked eyes with one, you might be wondering “Are opossums blind?” or “Can opossums see?” Opossums (otherwise known as possums) are surprising creatures and when it comes to these mammals, everything isn’t always as it seems. Let’s get to the bottom of these myths with some information about opossum vision. 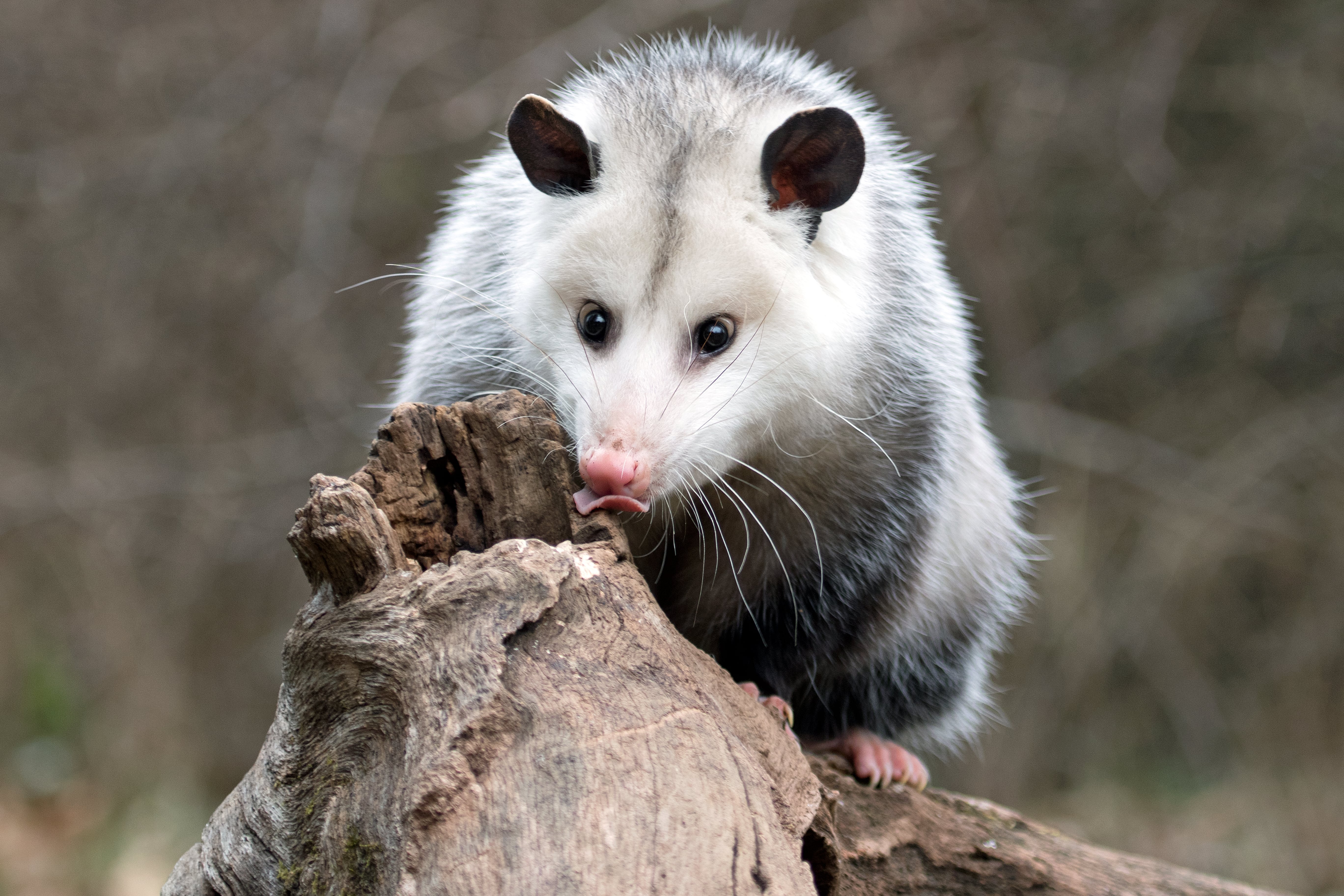 Upon encountering one of these nocturnal creatures, “Are opossums blind?” is a question some people may ponder. When in the presence of lights, like automobile headlights, opossum's eyes glow. As a result, blindness is often presumed. The glow is due to the tapetum lucidum – the reflective layer in the upper retina. This allows opossums to have improved night vision by reflecting light to the retina. Opossum pupils appear black which may lead spectators to question their visual acuity. This is due to intense dilation as a result of their nocturnal habits.

Contrary to popular belief, opossums are not blind. That said, young opossums cannot see for the first two months after birth. During those months, they depend on other senses to find their way into the pouch of the mother. As opossums are marsupials, they spend the first months of life protected in the mother's pouch. Once the eyes of young opossums open, they gain their sense of sight. Since opossums are nocturnal, it’s important that they see in the dark. While they have keen night vision, their general vision is weak. In particular, opossums struggle to differentiate colors. Since opossums do not rely on vision to find food, they have become more dependent on their senses of smell and touch to help locate food sources and avoid danger.

Opossums are omnivores and use their sense of smell to detect everything from fruits and other plants to insects and other animals. They can potentially cause issues in neighborhoods when foraging for food in trash cans (when lids are not secured). In some cases, opossums can raid chicken coops to eat eggs and/or young chicks. Opossums have a heightened awareness of their environments that can help them detect potential danger. If a potential predator approaches, opossums will generally “play dead.” In other words, they will fall onto their side, curl up in a ball, open their mouth, and let their tongue hang out to the side. Since their heart rates drop so low, opossums appear unconscious and some predators will not eat "dead" prey.

Opossums’ senses are specialized for nighttime activity, hence, they spend daytime hours in underground in burrows or dens. Opossums generally stay close to their den while foraging for food in case potential danger arises. This can be especially helpful since opossums have virtually no defensive tactics besides their ability to “play dead” and snarl while showing their teeth.

Due to their nocturnal habits, opossums can be difficult to detect and/or remove. If you suspect an opossum is ransacking your yard, schedule an appointment with Terminix®. Our trained technicians have the knowledge and experience to help exclude and/or remove them from your property.