Are All Spiders Poisonous and Why Do They Bite?

Are all spiders poisonous? No. But, most are venomous. 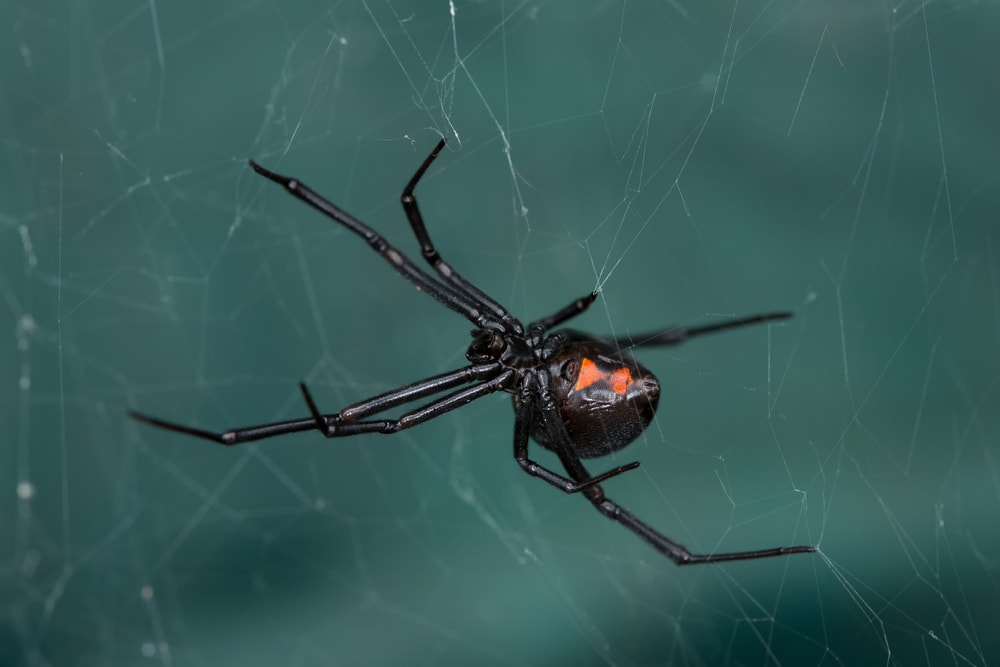 Poisonous or venomous: What's the difference? Basically, it's about the method of delivery. Poison is a toxin that's ingested, inhaled or absorbed through the tissue or skin. For spiders to be defined as "poisonous," they would have to be harmful if eaten, and, believe it or not, fried spiders are on the menu in many countries, including Thailand, where fried tarantula is considered to be quite a tasty treat.

Spider venom, on the other hand, is nobody's idea of a good time.

Venom is a toxin that's usually injected. Venomous snakes have fangs. Bees, wasps and hornets have stingers. All are used to inject venom. Spiders, which are classified as arachnids, have fang-like mouthparts called chelicerae, which are used to inject venom, a powerful mixture of toxic chemicals. These chemicals can include proteins and neurotoxins that help immobilize prey and cytotoxins to help break down and digest it.

While most spiders are venomous, the good news is that out of the more than 3,000 species of spiders in North America, there are only two primary species known to be dangerous to humans: the black widow and the brown recluse. Black widow venom packs a powerful punch of neurotoxins, though their bites are seldom fatal. The cytotoxins in the venom of the brown recluse spider (also known as a "fiddleback," due to the violin-shaped marking on its back) can cause tissue damage and infection if left untreated.

Why do spiders bite?

If you have a fear of spiders, also known as arachnophobia, you are not alone. Given how spiders are portrayed in horror films and comic books as extremely aggressive and symbolic of evil — not to mention radioactive and chock-full of superpowers — it may be hard to believe that they really aren't "out to get us."

The happy truth is that humans don't appear anywhere on the spider’s list of acceptable or desirable foods. When it comes to us-versus-them confrontations, a spider’s first line of defense against people is usually to run, hide or play dead — or any combination of the three. As a last-ditch effort to save itself, the spider might bite and inject venom.

Why are spiders so choosy about using up the venom? Because venom is essential for a spider’s survival. And once venom has been spent, it takes a while to replenish it.

In fact, one study of black widows showed that even after the spiders had been aggressively pursued, harassed and even poked by researchers, the spiders did not respond with a venomous bite. Only after the scientists resorted to actually squeezing the black widows’ bodies (with fake fingers, of course) did the spiders bite and inject.

Remember, spiders need their venom to paralyze the flies, mosquitoes and various other pests they feed on. Wasting venom on us may mean a spider starves to death before its body can produce more.

You should still take caution with spider bites.

This is not to say that spiders won't bite or that their bites aren't a concern to humans. A black widow's bite can cause serious neurological issues, especially to young children, the elderly and anyone who may have other underlying health issues. Depending on an individual's sensitivity issues, some people may experience allergic reactions to spiders that are considered to be mildly venomous. And even a "dry" bite, where no venom is injected, can be painful and present a risk of infection.

Suspected spider bites should always be reported to a physician, especially if the victim reports feeling dizzy, feverish, nauseated or experiences vomiting or headaches. Unfortunately, by the time a person notices a bite, the spider is often long gone, or it may have been smashed beyond all recognition.

If you are concerned about spiders being in your house, Terminix® provides professional inspections to reveal spider hiding spots and can help you control spiders found in your home.