Does mulch naturally contain termites, or does it attract them? Learn how to prevent termites in mulch from damaging your home. 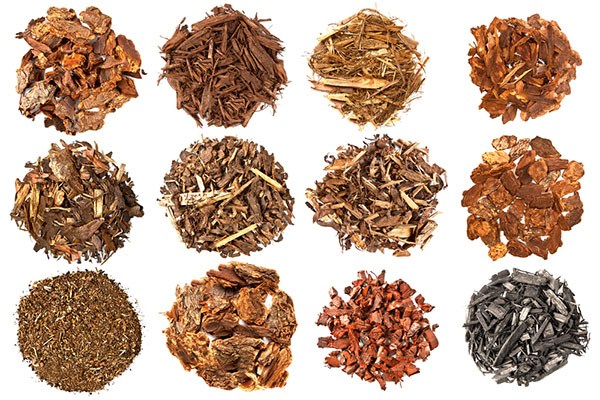 The connection between termites and mulch

There's a lot of confusion about mulch and termites. Some people believe mulch contains termites. Some think it attracts them. What's clear is that there is a definitive link between termites and mulch – but what that link is remains confusing for many. Does mulch attract termites? And if so, is there anything you can do about it? Here's what you need to know about protecting your home, and why you may need professional termite treatment.

Termites in mulch from stores

There have been rumors that large chain stores have spread termites by selling infested mulch. This is unfounded and unlikely. It’s not impossible to find termites in a bag of mulch, but it's not likely they would survive for long or even be alive once the bag is opened.

A termite has a slim chance of surviving the chipping process that is used to create bagged mulch. Even if a few termites were to survive the wood chipper, they wouldn’t last very long since they're separated from their colony. As if that wasn't enough, termites that feed on mulch have a lower rate of survival when compared to a termite that feeds on solid wood. The bottom line – the chances of your home becoming infested from the mulch you buy in a store are slim.

Your real concern should be what happens once you place the mulch around your home. There is evidence to support the link between termites and mulch as it pertains to attraction. This is because mulch used for landscaping keeps the environment moist. This is one of the benefits of mulch, as this moisture is great for growing shrubs, flowers, trees, etc. But termites also love this moisture, as do a variety of other bugs and insects. The moist environment encourages termites to explore the area by digging thin tunnels and looking for food (i.e., wood). The mulch provides cover for this exploration.

So while the termites might not actually feed on the mulch, the presence of it certainly can provide better conditions for a termite colony to start, or continue to develop. A better way to look at the attraction issue would be to conclude that mulch increases a termite's ability to survive around your home if they are already present. Mulch doesn't necessarily attract termites, but can serve as an invite for them to feast on your house.

Some types of wood are preferred by termites, while others can act as a deterrent or even be toxic to these wood-eaters. Cypress sapwood, loblolly pine and slash pine are favored by termites. Cypress heartwood, melaleuca, eucalyptus, southern tidewater red cypress and California redwood decrease a termite's chance of survival when compared to a standard food source, such as white birch.

Cypress heartwood has been rated as termite-resistant, with one study showing that extracts from this wood actually repel termites. Similarly, if you lay cedar mulch, termites won't be very happy. Organic, wood-based mulches aren't going to provide termites with a source for heavy feeding. Still, the presence of mulch in your yard can create an environment which is conducive to colonization in and around your home.

There are some simple steps you can take to reduce the risk associated with termites and mulch:

The presence of mulch in your yard might not mean you’re going to get termites, but it does mean that you're increasing your risk. The best way to decrease the risk of termites in mulch is to maintain long-term termite prevention and control with a pest management professional.