Where Do Brown Recluse Spiders Live? 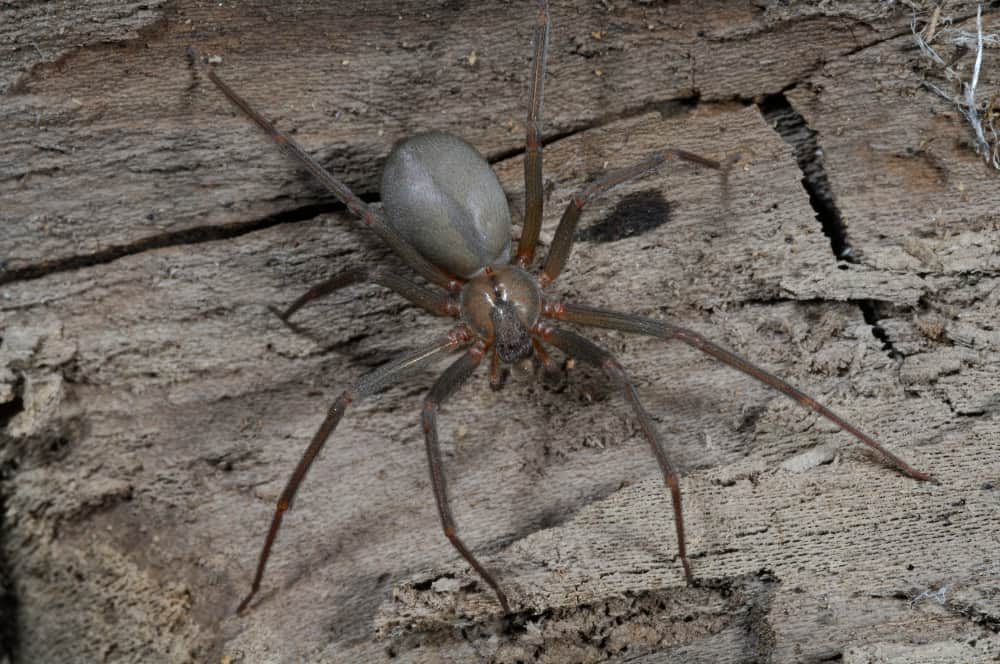 More than 80 percent of brown recluse spiders live in the Western Hemisphere. A large number of them are concentrated in Mexico and Central America. While their range may not be as far spread as other species, their reputation precedes them. For many, these relatively small, tan-colored arachnids pose a large threat. Could there be a brown recluse living somewhere near your home? Read on to find out.

Regional distribution
Where are brown recluse spiders found? According to the Mallis Handbook of Pest Control by Arnold Mallis, brown recluse spiders can be found across the United States. Species of brown recluses are commonly found from Nebraska to Ohio, and from Texas to Alabama and Georgia. They can also be found in the central states of Missouri, Oklahoma and Kansas. Within these states, they are most commonly found in the Northern or non-coastal regions and Southwestern desert areas. Occasionally, a sporadic population of spiders may form in a specific area of any state.

Brown recluse habitat
As their name suggests, brown recluse spiders tend to prefer a solitary life. In nature, they are prone to hiding in dry areas underneath rocks, woodpiles, loose pieces of dead bark and other debris. In desert areas, they are often found beneath dead cacti or in empty burrows created by other animals that have since moved on.

Domestic habits
Where are brown recluse spiders hiding in your home? They prefer darker areas with a rough surface. They are most commonly found in tight spaces within attics or basements. Outside, they hide in cardboard boxes, tarps, garbage can lids and stacked wood. They are most dangerous when they seek refuge in clothing. Garden gloves, old shirts and shoes that are rarely worn, can all provide tempting hiding spots.

Avoiding danger
Learning more about the brown recluse habitat can help you avoid a dangerous bite. While brown recluses are not actually aggressive spiders, their habit of seeking refuge in hard-to-see places can startle humans and put the spiders in defense mode. This is when they are most likely to bite. The venom of a brown recluse contains a neurotoxic component that can break down tissue. Even though the bite of a brown recluse may not be felt immediately, outside of a small stinging sensation, severe symptoms can develop after several hours. If you are concerned that a brown recluse spider has bitten you, it is best to seek medical advice from a qualified provider.

Where do brown recluse spiders live? While they are common in certain parts of the United States, they are adaptable creatures that, on occasion, can be stumbled upon almost anywhere. If the threat of spider bites is a concern for you and your family, calling a pest management professional may be your best solution. With the help of a professional, you can develop a plan that will reduce all types of spider populations in your home.