No one wants cockroaches crawling around in their homes or businesses. Roaches can spread filth and disease, and they score high marks on the disgusting scale. In fact, the only thing that could make a crawling cockroach worse would be if it could also fly — landing on you or your belongings. So are flying cockroaches real? 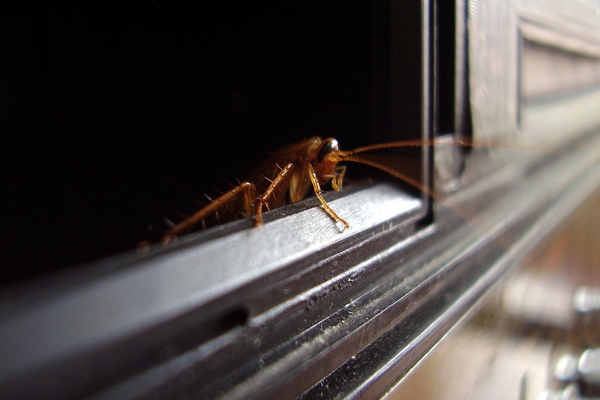 There are more than 3,500 identified species of cockroaches, with many more species yet to be discovered. Most roaches are tropical in distribution — occupying a variety of habitats in rainforests and other wet, warm locales.

A total of about 70 species inhabit the United States. Of those, about two-thirds are not native to this country. While that may sound like a lot, only a handful of species are considered household pests.

All species of cockroaches have wings as adults, but not all are good flyers, or don't fly at all. In fact, most cockroaches do not fly at all. And cockroaches that are able to fly will usually only do so if the heat or cold conditions encourage it.

Generally, cockroaches prefer an ideal temperature range between 75 degrees and 85 degrees Fahrenheit. When temperatures exceed 85 degrees, that's when we typically see flying cockroaches, with some species actually gliding rather than flying. In extreme heat, cockroaches usually seek out cooler spaces because higher temperatures cause them to use up more energy.

There are several species capable of flying short distances and a number of species — including American cockroaches — that use their wings to glide from high elevations to lower surfaces.

One of the reasons that you don't see many flying cockroaches is because of their size. For insects, cockroaches are relatively large creatures. Their large body mass and flight wings are not conducive to speed or maneuverability. A large, slow-flying insect is easy prey for birds or bats. So even though some cockroaches can glide, they still use their highly effective legs for running most of the time.

In fact, cockroaches are some of the fastest running insects, capable of covering several feet in a few seconds. At 50 body lengths per second, the American cockroach is about three times the speed of a cheetah. Cheetahs, the fastest land mammals, only cover about 18 body lengths in the same amount of time.

Why Do Flying Cockroaches Fly Toward You?

If you think flying cockroaches are flying right toward you, they actually aren't. Most cockroach species aren't good "flyers," and what you take as them flying toward you is actually just them being startled and gliding uncontrollably in a certain direction. Some cockroach species are also attracted to light, and there could be light or brightness behind you or around you that's causing the cockroach to glide toward you.

Flying cockroaches aren't necessarily dangerous when they're gliding toward you. However, cockroaches themselves can be dangerous. They generally don't bite or cause any kind of direct harm to you, but they can contaminate anything they touch or walk across, potentially spreading E. Coli and salmonella. Cockroaches, including dead cockroaches and cockroach parts, have also been known to trigger allergic reactions and asthma in some people.

How Do You Get Rid of Flying Cockroaches?

If you have a cockroach infestation in your home, professional help is recommended. Different cockroach species respond to different types of treatment. And when you see cockroaches in your home, there may be more hiding. A trained pest control professional knows how to find the cockroach infestation, identify the species you're dealing with and customize an effective treatment plan to get rid of them and help keep them from coming back. Terminix® can help.