Mosquito Evolution: How Have They Evolved Since Prehistory

With the average adult mosquito measuring less than one-half of an inch long and weighing between 2 and 2.5 milligrams, mosquitoes are an especially small pest. But the impact they have on humans, as well as their evolutionary history, is anything but small. 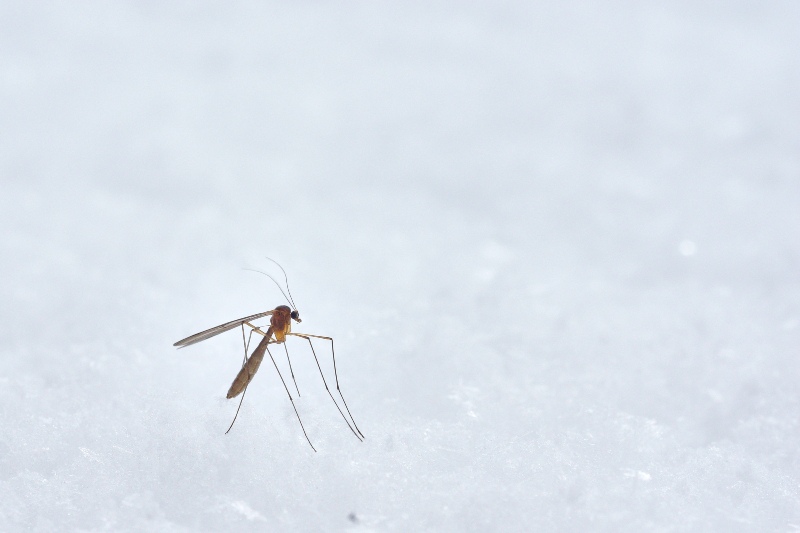 In fact, Timothy C. Winegard, a historian at Colorado Mesa University, believes that mosquitoes are to blame for killing nearly half of the entire world’s cumulative population, which, at the time of writ ing, amounted to approximately 52 billion people. He also notes that there are more than 100 trillion individual mosquitoes living in the world today and, according to the Centers for Disease Control, these pests can carry pathog ens that cause a variety of diseases, including West Nile. But were these insects always the destructive, blood-sucking pests we know today?

Though National Geographic suggests there are more than 3, 000 known species of mosquitoes in the world today, that wasn’t always the case. According to the University of Alaska’s , the oldest mosquito fossil is believed to be from 79 million year s ago, though scientists believe mosquitos have been in existence for 226 million years. Additionally, in 2019, scientists from Oregon State University published their findings on a new species of mosquito they d iscovered when dissecting an ancient piece of amber from Myanmar. Though this amber dates back to the mid-Cretaceous Period, which took place 145 to 66 million years ago, the researchers noticed that the fossilized mosquitoes had a number of similarities to the modern-day versions of these pests.

Likewise, in 2013, scientists found fossilized evidence of an ancient, blood-engorged mosquito determined to be approximately 46 million years old. This mosquito was found c ompressed in a thin layer of shale in northwestern Montana, and the presence of iron and heme in its body serves as the “oldest direct evidence” that mosquitoes were already feeding on blo od meals 46 million years ago.

In a study published in the journal Current Biology, a team of international researchers and entomologists state that 10,000 years ago, “human-biting woul d have posed no particular advantage to mosquitoes before the development of agriculture and dense, sedentary human societies.” Prior to the development of these societies, mosquitoes would have been more likely to feed on animals. However, these scientists speculate that, as human populations evolved and began to live and congregate in larger populations, so did mosquitoes. More humans livi ng in proximity to each other may have provided a new and easy resource for hungry mosquitoes to fulfill their need for blood meals. And because mosquitoes breed in water, the human tendency to collec t water and use it for drinking, cooking, and bathing may have caused mosquitoes to depend on “human sources of water for breeding.”

The Future of Mosquito Evolution

Af ter analyzing how mosquitoes have adapted to fit the changing behaviors of humans, the study speculates that this trend could continue to increase as human populations evolve. These researchers predict that in Africa, “Rapid urbanization... is expected to result in dramatic increases in human population density, and might trigger transitions to human-biting in many cities across the continent by 2050.” They also predict that the mo squitoes that gather in these urban areas will evolve to have a stronger preference for human body odor and blood.

Even today, many homeowners in the U.S. host large populations of mosquitoes around the home, which can be a major nuisance when trying to enjoy the outdoors. Fortunately, a professional mosquito treatment plan can help. Contact Terminix to learn more about how to help get rid of mosquitoes.