Mosquitoes put a lot of life into a little bit of time. While you may think their main goal is biting (and pestering) you, it's actually reproducing. Although most mosquito species only live a few weeks, they spend most of their time growing.

Mosquitoes begin breeding about 28 hours after they reach adulthood. Female mosquitoes produce between 50-500 eggs depending on the species and environmental factors. Subsequent broods may have fewer eggs, but a single female mosquito may produce up to 10 broods throughout her life. 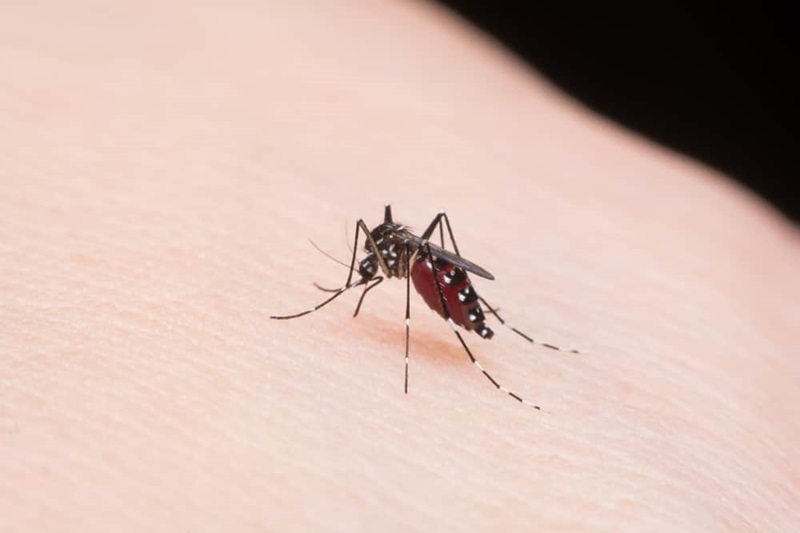 Each mosquito undergoes the same general life cycle, passing through three stages of growth and development before you find the adult, the fourth and final stage, buzzing around your yard.

Generally speaking, the complete metamorphosis that mosquitoes go through can range from four days to one month.

Surviving isn't easy for mosquitoes. Many die during one of the life cycle stages, while others are killed by human intervention or other predators. One of these scenarios usually happens before mosquitoes get the chance to die of "old age," which is usually around one or two months for females and a few weeks for males (at most).

How Long Does a Mosquito Live After Biting Someone?

While some insects like honeybees die after they bite someone, mosquitoes don't. In fact, they'll keep biting until they've ingested enough blood to keep them full, which can be up to four times their body weight.

Male mosquitoes don't bite because they don't need the blood for reproductive purposes. Female mosquitoes, after they bite, can live up to a month or two. And during that time, they may lay up five to ten broods of more than 100 eggs each.

How to Prevent Mosquitoes

While it may be somewhat comforting to know that mosquitoes don't live long lives, the real reason for concern is their propensity for growing their population.

Knowing their preferred breeding grounds, and removing them, can help homeowners stave off infestations in their yards.

Learn about the mosquito service at Terminix® and how it can help you and your family enjoy more time in your yard.