Milking Spiders For Their Venom

Youve heard about milking cows and goats, but did you know you can also milk a spider 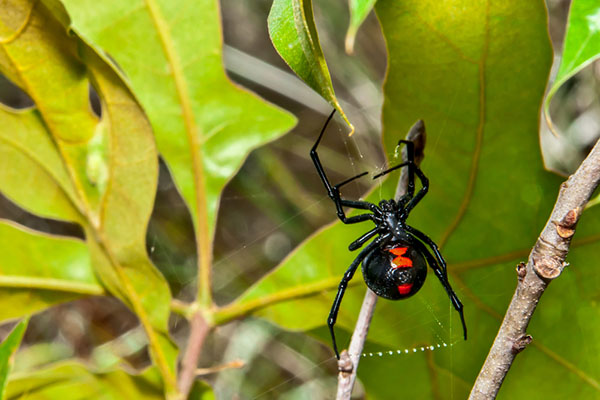 Spiders are milked to collect their venom, which is used to create antivenom to treat poisonous spider bites. Spiders are also milked to collect their silk. Spider silk is strong, flexible and elastic at the same time, making it highly desirable. In fact, spider silk has been tested in applications ranging from bulletproof clothing to artificial ligaments for human use. Scientists are studying the chemical composition of spider silk so it can be artificially manufactured.

Are all spiders poisonous?

Almost all spiders have jaws and fangs to inject venom. Very few spiders produce a poison that is harmful to people, however, the bites of black widow spiders and brown recluse spiders can cause serious medical problems. Therefore, you need to know how to prevent poisonous spiders from entering your home and how to get rid of them if they do wind up inside.

What is the most poisonous spider in the world?

The Brazilian wandering spider (aka the banana spider) is considered the most poisonous spider in the world. The Guinness Book of World Records has named the banana spider, found mostly in South America, the world’s most venomous spider for multiple years. This spider’s bite is rarely fatal to humans because the spider seldom injects a full amount of poison when defending itself. However, if enough venom is injected, the banana spider bite can kill a person if antivenom isn’t administered. The black widow spider is the most venomous spider in North America.

How do you milk a spider for its venom?

Milking a spider is usually done in a laboratory under a microscope. The spider is anesthetized using carbon dioxide. The spider’s fangs are rinsed with water to remove sand or dirt. A mild, non-lethal electrical shock stimulates the spider, causing it to produce venom. The venom is collected from the tips of the fangs in a glass capillary tube. The spider regurgitates digestive fluids (it vomits) during milking. The vomit dilutes or even destroys the venom, so the vomit must be removed from the spider’s mouth using a tiny suction device.

Milking a spider for its venom is very labor-intensive. To collect just one gram (.03 oz.) of black widow venom requires milking a spider 50,000 to 100,000 times. Each milking takes one minute, so it can take one year to collect one gram of venom.

How is antivenom produced?

A small amount of spider venom is injected into animals such as horses, sheep and rabbits. The animals’ immune system kicks in to protect them, creating antibodies. These antibodies are taken from the animals’ blood and used to make antivenom serum for people.

Can anyone milk a spider?

Biologists with special training and equipment are typically the ones to milk a spider. Therefore, unless you have the necessary skills (such as administering carbon dioxide to a spider) and equipment, you’d better leave spider milking to the experts.

How do You Milk a Spider for its Silk?

First, you anesthetize the spider using carbon dioxide. Then you pin the spider to a petri dish to hold it in place. Then you use a specialized machine to pull each strand of silk out of the spider. This process is called mechanical silking. A spider can be milked for its silk several times during its lifetime.

While milking spiders may sound great, having unwanted spiders in your home can be a nightmare. Luckily, Terminix® can help remove spiders from your home. Call our spider control professionals for assistance.