Do Mosquitoes Have Blood?

Mosquitoes feed on blood, but do they have blood of their own? The answer is yes, sort of. Insects have a substance called hemolymph, which is similar in function to blood. What is hemolymph and how does it differ from human blood? Read on to find out more. 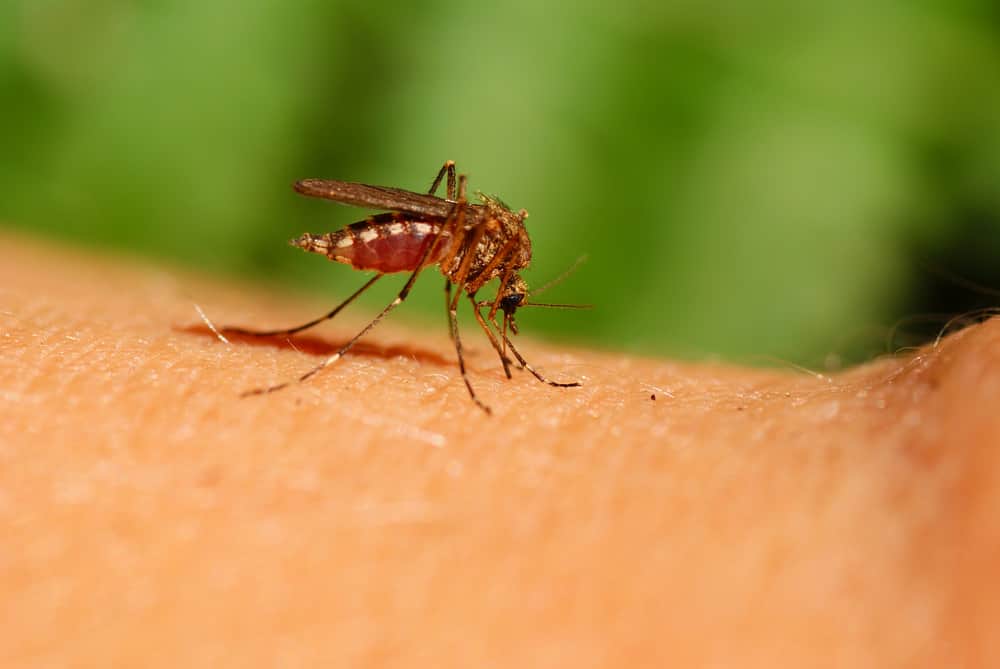 Hemolymph is found in arthropods, including insects. The substance is primarily composed of water, although it also contains a mix of substances like ions, pigments, carbohydrates, lipids, glycerol, amino acids and hormones.

Typically, hemolymph is clear to yellowish in color, with its only pigmentation coming from plants and other materials ingested by the insect.

Within insects, hemolymph transports nutrients and wastes, playing a similar role to blood in vertebrate bodies.

While hemolymph is similar to human blood and the blood of other vertebrates, there are some key differences. First, as previously mentioned, is the color. Hemolymph tends to be clear, while blood is red. This red coloring is a pigmentation caused by red blood cells, which contain hemoglobin that binds to oxygen.

Another key difference is that human blood moves through a closed circulatory system of blood vessels including arteries and veins. Mosquitoes, in contrast, have an open circulatory system, meaning that the hemolymph flows freely throughout their bodies, sometimes even accumulating in open spaces called hemocoels, or “blood spaces.”

Additionally, unlike human blood, hemolymph does not transport oxygen and carbon dioxide. Insects, including mosquitoes, breathe through tracheal tubes found throughout their bodies. Mosquitoes do have hearts, although the structure is quite different from the human heart. According to Vanderbilt University, the mosquito heart consists of a dorsal vessel subdivided into an abdominal heart and a thoracic aorta. The heart pumps the hemolymph out of the hemocels. The movement of the insect body circulates the hemolymph.

While the structures of the hearts are different, Rob DeSalle, Curator in the Division of Invertebrate Zoology at the American Museum of Natural History, acknowledges that some of the genes responsible for heart development in mosquitoes and humans are actually very similar.

Why Do Mosquitoes Feed on Blood?

If mosquitoes have a blood-like substance of their own, why do they feed on the blood of humans and other mammals? First, it’s important to note that only female mosquitoes bite. The protein and iron in the blood they collect is used to make eggs. Otherwise, female mosquitoes, like males, feed on nectar and water. Female mosquitoes collect about three milligrams of blood per bite.

How to Help Prevent Bites

Not all species of mosquitoes feed on humans, but the ones that do are real nuisances. Mosquito bites itch, a result of the anticoagulants contained in mosquito saliva. Additionally, mosquitoes are known to carry diseases, such as West Nile virus and others, depending on the species.

The nuisance of mosquitoes can keep you and your family from enjoying the outdoors. There are a few steps you can take to help prevent mosquito bites, like:

However, because groups of mosquitoes can lay an average of 100 eggs in a container and can be active in temperatures 50 degrees or above, more effort than the prevention methods mentioned above may be needed.

Effectively controlling mosquitoes is a tough task that’s best left to the professionals, and DIY mosquito control can come with consequences. The professionals at Terminix® are trained in spotting conditions conducive to mosquitoes and treating them to reduce populations in your yard. Contact Terminix today to learn about our mosquito service.