MOSQUITO RELATED DISEASES: WHAT YOU SHOULD KNOW 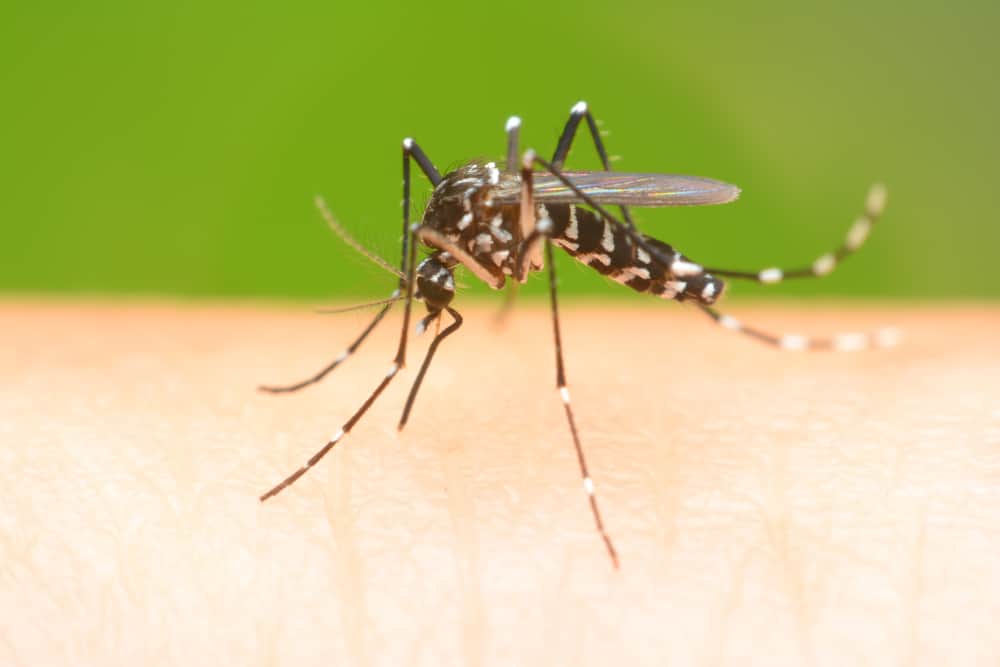 When the temperatures heat up, mosquitoes are out on the prowl. Their bites are itchy and annoying, but these insects can also carry pathogens that may cause disease.

Learn more about how mosquitoes spread diseases and get the facts on some of the most common mosquito-borne illnesses.

HOW DO MOSQUITOES SPREAD DISEASE?

Mosquitoes that can both become infected with and transmit a pathogen are referred to as vectors. In order for a mosquito to become a vector, the virus must survive the insect’s immune system and be present in its saliva. When a female mosquito bites a host, it releases saliva, which numbs the host and acts as an anticoagulant. If a virus is present, infection may occur.

Additional factors, such as environmental conditions and the amount of virus ingested by the mosquito, can affect the likelihood that it can spread disease.

According to the Centers for Disease Control and Prevention, nearly 400 million people are infected with dengue fever each year. This mosquito-borne illness is spread by the Aedes aegypti mosquito. It emerged in the 1950s and is a leading cause of death in tropical and sub-tropical climates, including areas of Africa, the Americas, the eastern Mediterranean, southeast Asia and the western Pacific. Although it is relatively uncommon in the United States, small, isolated incidents have occurred in Florida and Hawaii. Most incidents of dengue fever in the U.S. are travel related.

The Centers for Disease Control and Prevention recommends that people who believe they have dengue fever get rest and fluids, take pain relievers with acetaminophen (avoid aspirin) and consult their physician. Anyone experiencing symptoms of dengue hemorrhagic fever should seek emergency medical care.

Like dengue fever, chikungunya is most commonly spread by the Aedes aegypti mosquito, but it can also be spread by the Aedes albopictus mosquito. First reported in Tanzania in 1952, the disease is most commonly found in Africa, Asia and India. The Centers for Disease Control and Prevention notes that the virus was first seen in the Americas during an incident in the Caribbean in 2013.

Symptoms of chikungunya are similar to dengue fever. It is most often characterized by fever and joint pain but may also include muscle pain, headache, nausea, fatigue and rash. According to the World Health Organization, most patients diagnosed with chikungunya recover fully.

There is no vaccine for chikungunya, but the CDC recommends rest, fluids and acetaminophen (not aspirin) to reduce fever.

Perhaps the most well-known and deadly mosquito-borne illness, malaria is caused by a parasite. It is typically spread by the female Anopheles mosquito, but it may also be spread through blood transfusions, organ transplants or shared needles.

The disease is most prevalent in sub-Saharan Africa and south Asia. The Centers for Disease Control and Prevention reports that each year, there are roughly 1,700 cases in the United States, but these are primarily travelers returning from areas where the disease is easily transmitted.

Malaria symptoms usually include fever, chills and flu-like symptoms. Headaches, muscle aches, tiredness and vomiting may also occur. If malaria is left untreated, it can lead to kidney failure, confusion, coma and death.

The Centers for Disease Control and Prevention notes that malaria can be treated with prescription drugs, although the specific drug and course of treatment will depend on the strain of the disease.

West Nile virus can be spread to humans through the bite of an infected Culex mosquito. The disease was first detected in humans in the West Nile region of Uganda in 1937, but it is now found throughout Africa, Europe, the Middle East, west Asia and Australia. It is also found throughout North America. According to the Centers for Disease Control and Prevention, West Nile cases have been reported in all of the continental United States.

There is no vaccine for West Nile virus, but the World Health Organization estimates that 80% of people infected with the disease show no symptoms at all. When symptoms are present, they include fever, headache, body aches, joint pains, vomiting and diarrhea. In very rare cases, patients can develop central nervous system conditions like encephalitis or meningitis.

The Centers for Disease Control and Prevention recommends over-the-counter medications to relieve symptoms and hospitalization for severe cases.

You may have heard about the Zika virus on the news in recent years. This disease is most commonly spread by the yellow fever and Asian tiger mosquitoes. It originated in Uganda but has now spread throughout Africa, the Americas, Asia and the Pacific. The Zika virus is present in the United States, and although it is not widespread in the country, it has been found in Illinois, Florida, Texas, New York, Utah and New Jersey.

Many people infected with Zika will not experience any symptoms. When symptoms are present, they are usually mild and include fever, skin rashes, muscle and joint pain, fatigue and headache. The virus can be passed from mother to fetus and lead to birth defects like microcephaly, or smaller-than-average head size.

There is no vaccine for Zika, but the Centers for Disease Control and Prevention recommends getting plenty of rest and fluids, as well as treating the symptoms with acetaminophen.