9 Things You Need to Know About Wildlife Removal

While the kneejerk reaction to a wildlife situation is to end the problem, depending on your location, that could get you in legal trouble. Here are nine things you need to know before you take matters into your own hands. 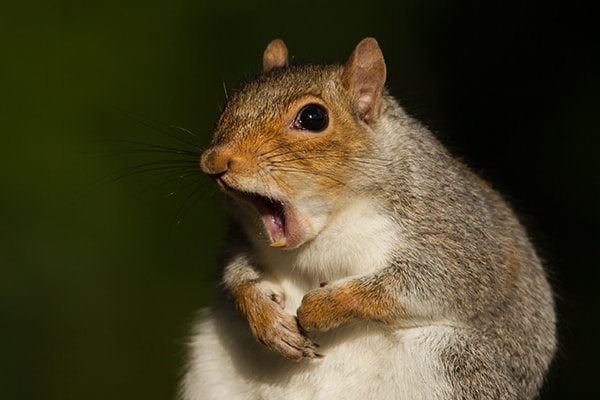 1. You may need a permit for wildlife removal.

Certain animals, including skunks, raccoons, squirrels and even snakes, are considered protected wildlife. Many states require you to have a permit or special license before you can remove or dispatch these animals from your property. In some states, there are even specific game seasons for these animals. A good place to begin searching for the regulations in your state is the parks and wildlife department or fish and game commission.

2. There are exceptions to the rule.

Some states, like Pennsylvania, remove protections from wildlife that appear sick or diseased, pose a risk to humans or livestock or cause damage to property. However, only the property owner or a licensed professional can remove wildlife that falls into these categories, and there are still rules to be followed in the removal and disposal of these animals.

In some states, exemptions to seasonal game regulations can be granted for “nuisance animals.” This may include raccoons, skunks and other small mammals. Even with a nuisance animal removal permit, there are still things you cannot do when trapping or removing wildlife. For example, in Illinois, you must prove a threat exists to human health or safety before attempting to remove skunks, raccoons or other animals. Skunks have to be euthanized by a licensed professional, and raccoons must be released on the same property in which they were trapped.

Caution should always be taken when dealing with a snake problem, as many venomous species look similar to their nonvenomous counterparts. Additionally, regardless of species, most states require you to contact your local parks and wildlife department or county extension office prior to attempting snake removal or relocation.

5. It is illegal to release animals on government land.

In most states, it is illegal to release wildlife on lands owned or managed by the federal, state or local government. This means you cannot, for example, trap an opossum on your property and let it go at the nearest city, state or national park. It is also illegal to release animals on property owned by other people.

There are many products marketed to remove or repel wildlife from around your home, as well as tales of success using certain plants. However, research has shown that these tricks and products are often not effective in repelling wildlife. Even worse — some can attract other animals to your home.

7. It’s a good idea to do your research.

Some wildlife carry extra risks of spreading disease. Take, for example, raccoons. These animals pick one location, and they all use it as a latrine. Raccoon feces can carry a type of roundworm larvae that is harmful to people. You should never attempt to clean up a raccoon latrine. If you have one in your yard, contact a professional.

Most states prevent you from keeping, selling or giving away wildlife caught on your property. Any animals you trap or remove must be disposed of humanely (whether that is release in an approved area or euthanasia by a professional). You cannot keep live, trapped animals on your property indefinitely.

9. Wildlife indoors should be excluded versus eliminated.

For wildlife that has taken up residence inside your home, removal should start with attempting to get the animals to leave your home. Taking steps to eliminate them inside could result in dead animals trapped in the walls, crawl space and other hard-to-reach areas. Exclusion methods should be attempted by a professional, who knows where to look and the best approach to take for each type of wildlife threat.

Take the guesswork out of dealing with a wildlife problem and call a professional. Go online to schedule your FREE inspection, and find out how Terminix® can help you with snakes, skunks and more.