Are House Spiders More Common in the Winter?

It's a commonly accepted myth: spiders flock to our houses in the fall to escape the coming cold of winter. But this notion is just that, a myth. Spiders generally don’t infest your house more in the winter. 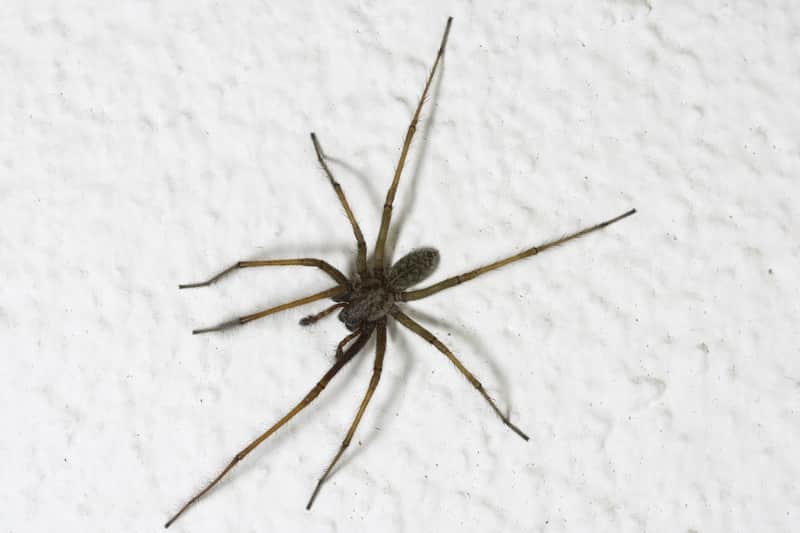 Those spiders that you sometimes see scurrying around your house during this season have likely been living with you all year-round. In fact, less than 5 percent of the spiders you encounter inside your home have set one of their eight feet outside, according to Rod Crawford, Curator of Arachnids at the Burke Museum at the University of Washington. Keep reading to learn more about how to get rid of spiders.

What are House Spiders?

There are many species of spiders that are considered common house spiders. House spiders and cellar spiders are commonly found in homes, while jumping spiders, hobo spiders, wolf spiders and others are more occasional invaders. These spiders can be separated into two categories:

If these house spiders don’t commonly migrate indoors seeking warmth, how did they get inside your house in the first place?

Most likely, they were born there. A female spider may have placed one of her egg sacs in an undisturbed area of your home. Once hatched, spiderlings instinctively seek out secluded lairs in crawl spaces, storage areas, wall and floor voids and behind furniture and appliances.

You may encounter some house spiders in late summer and early fall that have migrated into your home, but they are not necessarily outdoor migrants seeking a place to stay warm during the winter. Most spiders' breeding seasons coincide with the transition from summer to fall. If you see more spiders than usual around your home during these months, chances are they're mature males wandering far and wide in search of a mate.

While they can be a nuisance, and a real issue for anyone who suffers from arachnophobia, spiders are largely beneficial creatures. Very few house spiders are harmful to humans, and they consume other arthropods..

Outdoor Spiders in the Winter

So, what happens to all those outdoor spiders in the winter? If most of them don’t seek shelter inside our homes, how do they survive the frigid winter months?

Unlike humans, spiders are considered cold-blooded creatures since they don’t have a mechanism to regulate body temperature. When it's cold, some spider species go through a process of cold-hardening to survive the winter.

Beyond the chemical transformation in their bodies, many spiders seek shelter in piles of rocks, leaves or wood. Once snuggled up, spiders enter a slowdown state called diapause. In diapause, spiders are not completely inactive. Instead, they may emerge on warmer days to hunt and feed on any insect prey that may be active during this time.

However, as cold weather creeps in, one outdoor spider may seek warmth (or food) in our homes — the brown recluse spider.

As its name suggests, the brown recluse spider is a shy intruder drawn to clutter and dark, under-used areas in our homes. That means that they are often found in locations where humans do not frequent. They can be found in stored items such as shoes, clothing, bedding and decorations. These items are typically stored in wood, cardboard or plastic containers.

The most distinctive characteristic of the brown recluse is the violin-shaped mark on its back, with the neck of the “violin” pointing toward the abdomen. Hence the brown recluse's popular name, "the fiddleback spider."

According to University of Missouri entomologist Richard Houseman, most brown recluse spider bites occur by accident. If the brown recluse feels trapped against a person’s skin, it may bite, injecting a hemotoxic venom. The injection can create a blister that may turn black, potentially leaving an ulcerous open wound that may take months to heal.

Related > Pests Facts: The Difference Between Poisonous and Venomous

Whatever the time of year, if you’re dealing with a spider infestation or need spider control, contact the pest control professionals at Terminix® for help.