Ring tailed bandit, night bandit, coon, night raider. Raccoons have many nicknames thanks to their obvious appearance, but what does a raccoon sound like? In the dark, you may not be able to tell what kind of wild animal is digging through your garbage or inadvertently scratching at your door. But knowing what a raccoon sounds like may help you make a proper identification. 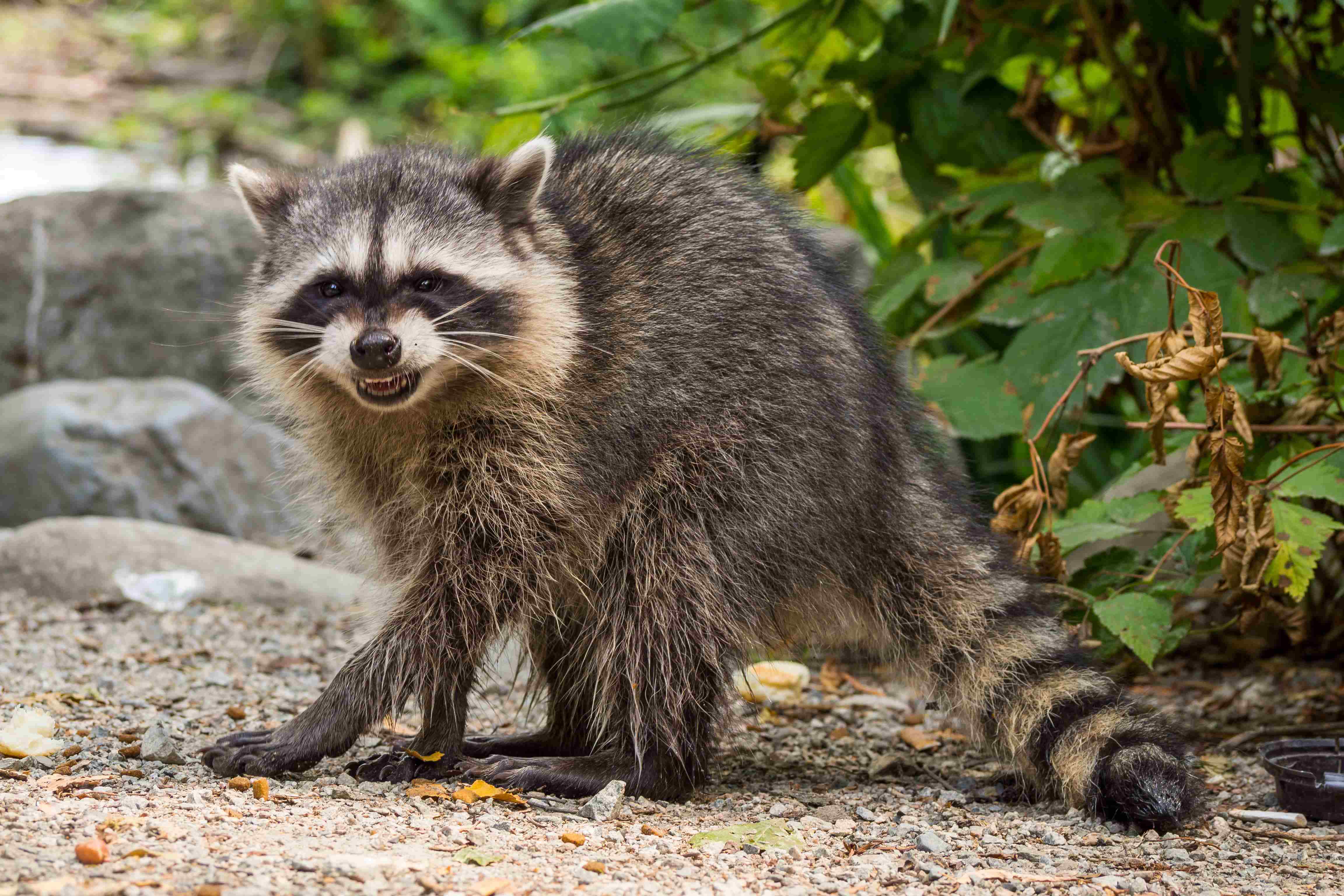 Adult and baby raccoon sounds can include a variation of more than 100 noises ranging from how they call to each other to the sounds they make when exploring your attic. They’re very vocal animals both in adulthood and as youths.

You hear something above you, but how do you know what a raccoon in an attic sounds like? Or a chimney for that matter? Rustling and scurrying can be an indication that they’re trying to move in, and they may also be heard walking across your roof. Keep in mind that because they’re mostly active at night, that’s when you’re the most likely to hear them as they seek out possible locations for a new den or start building one.

Now that you are better able to identify the sound of their movements, can you identify what a raccoon sounds like when they’re vocalizing? And what do baby raccoons sound like? Raccoons of all ages can make various types of noises including a chittering sound, purring, snorts, growls, snarls, whimpers and screams. Baby raccoon sounds can also include whining, mewing and crying. When calling out to each other, it’s possible that a raccoon sounds like a screech owl’s whistle.

Raccoons follow their nose to food, which is why they’re often found digging through garbage cans and dumpsters. Other than not being as prevalent due to their nocturnal nature, the sounds they make during the day don’t differ from those made at night. If you’re not able to catch them in an act such as knocking over your trash though, it may be difficult to discern whether the noise you hear behind your walls is a rodent or a raccoon in the attic sound. They’re almost as interested in scouting out places for dens as they are their next meal, and attics and chimneys offer ideal habitats. While you may not be able to easily spot them in these places, their sounds should reveal their presence.

Other Ways to Detect Raccoons

In addition to what raccoons sound like, how can you tell them apart from closely-related wildlife?

Raccoons can become aggressive when cornered and have no problem defending themselves, not to mention they may also carry diseases such as rabies. If you think you may have one of these animals as a visitor but you’re still not exactly sure what raccoons sound like, it’s important to contact a wildlife removal professional.