Groundhog holes are the openings to underground burrows, where groundhogs (also known as woodchucks) live. These hidden burrows serve as protection from predators, places to breed and a location to hibernate. Groundhog burrows typically feature one main entrance with up to four exits. From the surface, burrow entrances often look like medium-sized holes that lead to an underground network. Groundhog holes may be located near trees, walls or fences. Each burrow opening is between 10 to 12 inches in diameter and is generally marked by a crescent-shaped mound of dirt. Young groundhogs may produce additional holes for practice, which can be smaller in diameter. 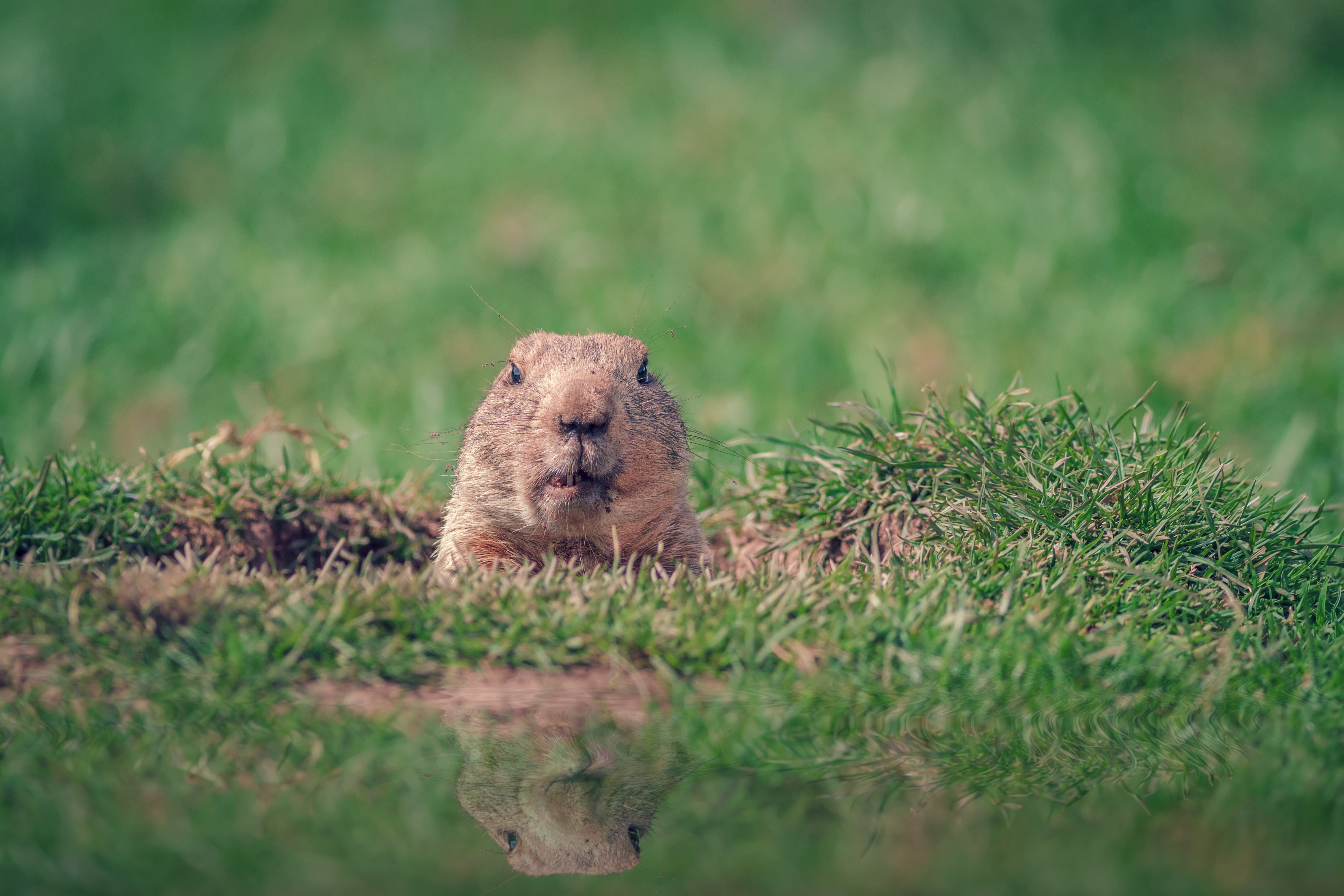 Burrows may have connecting tunnels that are about 6 inches in diameter. Burrow systems may extend between 50 to 100 feet in length and, on average, are no deeper than 6 feet below the surface. Each burrow system can be extensive with a main nesting area, an area for excreting waste, and additional chambers.

The Ideal Location for a Groundhog Den

Groundhogs often have two separate burrows, one for summer (grassy field area) and one for winter (wooded area). During the approximately three month hibernation period, groundhogs enter their winter burrows which have only one entrance. Hibernation dens are found at the end of the burrow and are lined with grass. Groundhogs will use soil to block off the burrow entrance and hibernate through winter.

Mating season begins as early as February, depending on geographic region. During this time, they will also relocate to the summer burrows in an area where food is readily available. Summer burrows have multiples entrances with a mound of soil next to them.

Groundhogs generally dig their burrows in areas that are slightly elevated to avoid being flooded during rainy seasons. Burrows are usually on a slope in well-vegetated areas such as crop fields, meadows or pastures. Groundhogs look for soft, loose soil and will avoid wet soil when looking for a spot to start digging.

Groundhog Burrows in Your Yard

If you begin to notice holes on your property, a groundhog may be busy digging an underground burrow. The multiple holes and tunnels created by groundhogs can be hazardous and result in ground instability in some areas. In addition, because groundhogs continuously dig, they may indirectly damage underground watering systems or damage plants. Repair costs can quickly add-up.