For some people, pigeons serve as entertainment that can be bought with a few stale crusts of bread. For others, pigeons are nothing more than “rats with wings” that carry pathogens that spread harmful diseases. The question is, do pigeons spread diseases or is that just an urban myth? 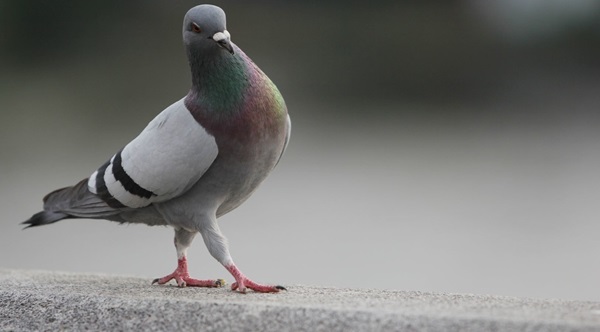 Unfortunately, the rumors are true. Pigeons carry a surprising number of pathogens that spread diseases — more than 60 varieties — but it is extremely rare that any of these are fatal to humans.

How do pigeons spread disease?

Pigeons transmit diseases through their droppings. While we all know we shouldn’t touch or pick up pigeon droppings with our hands, it’s a bit trickier than that. Pigeon droppings that are infected with bacteria or viruses are often left on the street, windowsills and cars to dry out. Once they do, they become a powder, which is blown or kicked into the air and then inhaled. The inhalation of this powder is one way that the pathogens that can cause disease can be spread to humans.

According to Medical News Today, the most common pathogens which can cause disease transmitted from pigeons to humans are:

Pigeons are also carriers of mites, fleas, and West Nile virus, all of which can cause discomfort and potentially serious health issues in humans.

How to get rid of pigeons

In addition to carrying diseases, pigeons can also wreak havoc on your property. Flocks damage buildings, and their nests interfere with electrical elements and air conditioners. Also, pigeon droppings are not only unsanitary, but can create slippery and hazardous conditions.

To keep your risk of disease down and help keep your property free of pigeon waste, clean up any detectable pigeon droppings as soon as possible. Use disposable protective clothing, shoe coverings, an air-purifying respirator, and gloves.

Reducing birds on your property is a positive thing to do to help prevent the spread of disease. Terminix® offers various bird control solutions, including:

Read more about each solution and when each one is appropriate on our bird control solutions page.