Are Bats Dangerous To Humans?

Bats have a reputation for being some of the most evil mammals in the animal kingdom. They’re often associated with vampires, haunted houses and spooky settings. And for the most part, these creatures are misunderstood. But are bats dangerous to humans? 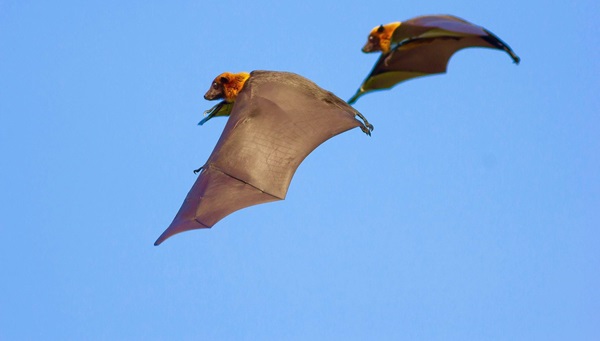 What Is a Bat?

Bats are the only mammals capable of sustained flight, which makes them pretty special. Many people believe that they’re flying rats or mice. In fact, bats aren’t even rodents. They belong to a special group of their own called Chiroptera, which roughly translates to “hand-wing.”

There are more than 1,300 species of bats in the world. They range in size from the bumblebee bat, which weighs less than a dime, to the black flying fox with a wingspan that can reach 6 feet.

Most North American bat species are insectivores, while others feed only on fruit or nectar. There are a few species that are carnivorous, and of course, there are three species of the infamous vampire bats, which feed only on blood. Don’t panic. Vampire bats prefer to feed on livestock, depending on the species. However, they have been known to feed on humans.

Where Do Bats Live?

Within the United States, there are more than 40 species of bats. Fortunately, this number does not include any of the three species of vampire bats. You’ll only find them in captivity in this country. Bats are found in every state of the U.S. and live in habitats that range from woodlands and deserts to suburbs and cities.

Bats make their homes, which are called “roosts,” in many different places. In the wild, they may sleep in trees, caves or under tree bark. Sometimes, though, they may set up roost in your home. People have been known to find bats in attics, under bridges and in cracks in the building.

In colder areas, you aren’t likely to see bats in the winter. These creatures prefer warmer climates, so they may migrate when temperatures lower. However, that’s not the only method bats use to tackle the winter: Many species also hibernate until the weather is more to their liking.

Not usually, but they can be dangerous. But not because they’re set on attacking you or trying to suck your blood.

Bats are associated with diseases, including rabies. In addition, their droppings, called “guano,” can contaminate soil with a fungus that causes Histoplasmosis, according to the Centers for Disease Control and Prevention (CDC). Because of this, you don’t want bats setting up roost in your home.

How to Get a Bat Out of Your House

It can be fairly easy to tell if you have bats in the attic or other areas of your house. They are nocturnal creatures, so you may be able to spot them leaving and entering your home around dusk and dawn. Because some live in colonies, you may see many of them — sometimes hundreds — swooping in and out.

If you do discover there are bats living in your home, don’t try to remove them yourself. Healthy bats aren’t likely to attack humans as long as you don’t corner or harass them, but rabid animals are unpredictable and there is no way to tell if they may be rabid. Although there are usually only one or two human rabies cases each year in the U.S., because rabies is such a serious disease for humans, you should not take unnecessary risks. Additionally, the destruction of their habitat by humans and disease are threatening bat populations, meaning some species are protected in areas of the U.S.  There can be substantial fines, even to homeowners, for killing or removing protected species of bats, even from your own home.

These circumstances mean you don’t want to make bat removal a DIY project. Instead, enlist the help of a wildlife pest control professional. A trained technician will be aware of local, state or federal regulations, and will also be able to help you customize a plan to control any bats in the attic and help prevent them from coming back.