The word pest is not commonly synonymous with birds, but if they’re causing damage to your roof, car, or property, you may make an exception. In fact, you may even be considering bird nest removal if you find them wreaking havoc consistently. Not only can nesting birds make quite a racket, but they can block stove, dryer and fan vents with their nesting materials, and clog gutters and drains. Plus, bird droppings contain uric acid, which can also damage car paint. So, while removing a birds nest may not be something you’ve worried about in the past, there are occasions that might necessitate a deeper look. If you’re thinking about removing a birds nest yourself, first consider that there are laws and risks that you need to be aware of. 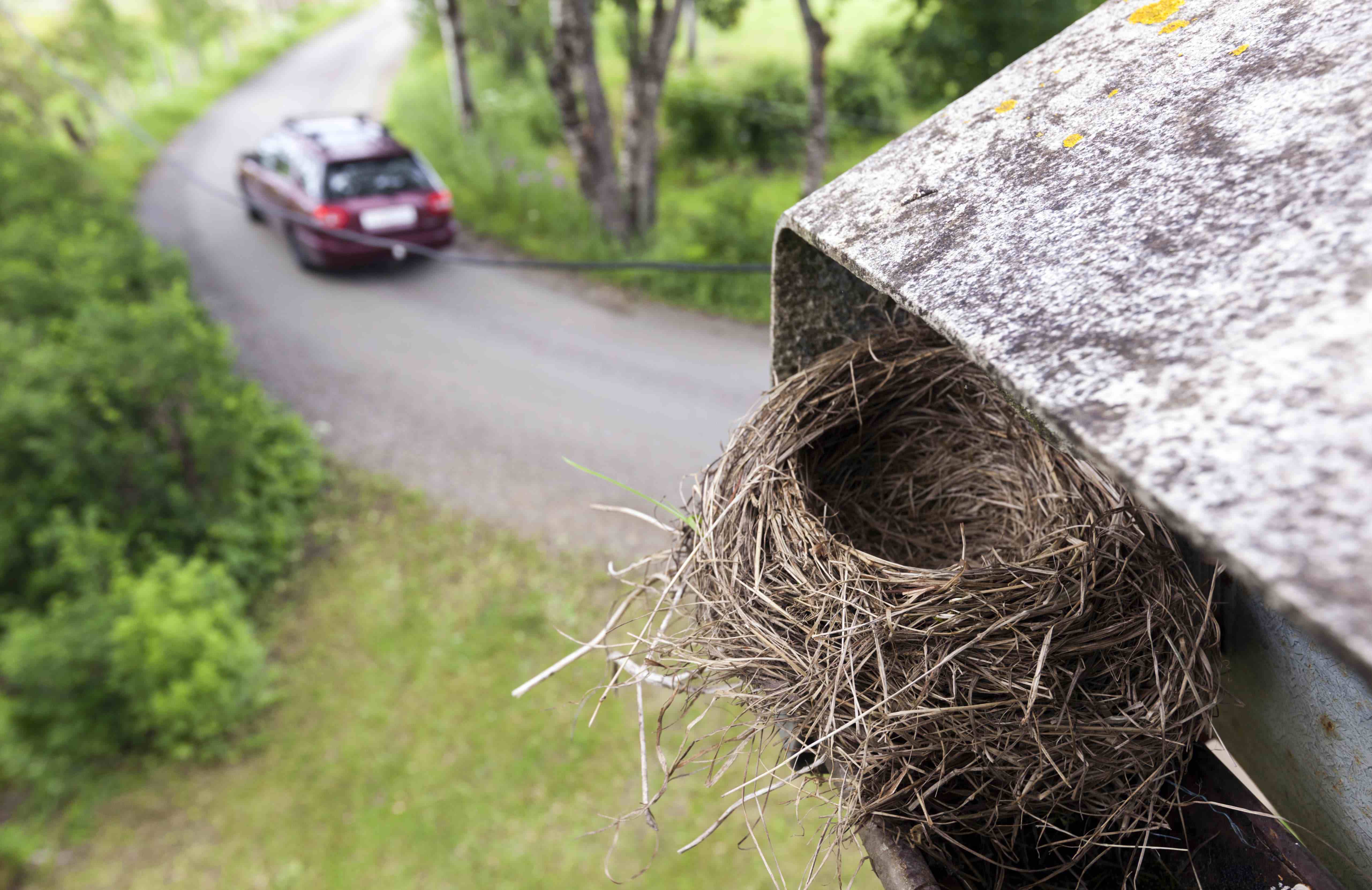 Bird control is not as simple as just trying to figure out how to get rid of a birds nest. Many species are protected under The Migratory Bird Treaty Act, which “makes it illegal for anyone to take, possess, import, export, transport, sell, purchase, barter, or offer for sale, purchase, or barter, any migratory bird, or the parts, nests, or eggs of such a bird except under the terms of a valid permit issued pursuant to Federal regulations.” Unless you’re an expert, it’s not likely that you’ll be able to differentiate protected birds from others, so it’s always recommended that you leave any bird nest removal to professional wildlife control such as Terminix® Commercial.

In addition to laws and regulations that must be followed, another consideration for professional removal is that birds can carry pathogens that may be dangerous to human beings. Transmitted in a variety of ways, microorganisms from birds can cause a range of communicable diseases. Nests can contain mites, parasites, ticks and other pests carried on the birds themselves, and are likely to remain long after the birds have left. It’s also probable that the nests will contain droppings, which amplifies the risk of handling.

The Facts About How to Get Rid of a Birds Nest

Birds build their nests to provide a safe, temperate space to lay their eggs. The locations they choose to nest in and the type of nest they construct are based on many environmental factors such as the species of the bird, presence of competitors, parasites and predators, temperature and humidity. While some birds build in trees and shrubs, others settle on grass or even burrow into the ground. Other species construct their nests on ledges, on building walls or roofs. No matter where you’ve seen them or what their impact is on your property, there are a few things to consider before attempting bird nest removal. Often, calling a professional is the best first step.

If a bird has taken up residence on your property in an unsafe location, is causing damage to your home or preventing space from being usable, it’s time to contact Terminix® Commercial. Whether you need professional bird nest removal or are in search of more information about how to stop birds from building a nest, our trained professionals will help determine the most effective course of action.