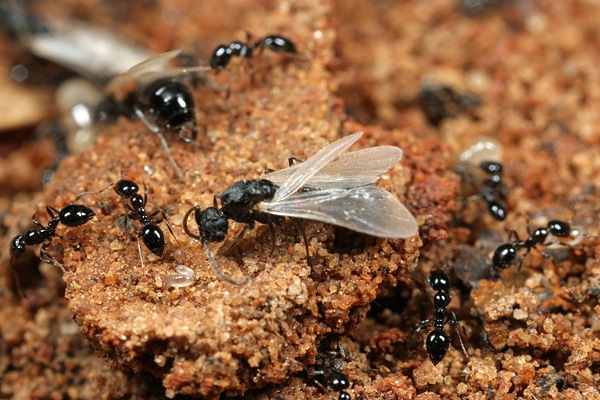 Insects that fly can be frightening, but ants that fly might seem even scarier. Ants are typically seen crawling on the ground, so it's shocking when small black ants with wings start buzzing around in the air. Winged ants become even more imposing when they swarm during mating periods, gathering at specific land structures in a behavior called ‟hilltopping." These swarms are an impressive sight to behold, but do we really need to fear them?

Why are there flying ants in the first place?

Flying ants aren't some kind of genetic mutation. Ants that fly or have wings are called "alates" and are simply ants that are sexually mature. They are "reproductives" created by the queen and fed by the worker ants in a colony. The reproductives go through their immature stages while developing inside the colony. When the ant colony is naturally ready to expand, the winged ants are then ready to take the stage.

Flying ants — like their wingless counterparts — have complex societies and ways of interacting with one another. Learning about these interactions and habits can help you better understand these creatures:

Why are flying ants necessary for ant colonies?

Mature male and female ants fly out of their colonies with one purpose in mind: to mate (and, thus, help expand the colonies). This flight is commonly referred to as a ‟nuptial flight" or ‟dispersal." You might know it by a different name based on the ants' tendency to gather in large clusters during this mass exodus: a swarm. It's why ants that fly are also commonly referred to as ‟swarmers."

Winged ants from different colonies typically leave their nests at the same time and swarm together. This behavior helps protect them from predators and also allows them to maximize the opportunity to mate with different colonies, which helps to reduce inbreeding.

When do flying ants come out?

Most ant colonies swarm around the same time each year, like clockwork. This is because certain conditions must exist in order for the winged ants to get the message that it's time to leave home. These conditions include low winds, high humidity and warm temperatures, preferably after three to five days of rain. These conditions happen most often in the late spring and early summer, however, different species of ants swarm at different times of the year and many species swarm at night. That's when you'll see the most ants with wings.

Why do you see multiple swarms at the same time?

The males and females of all the colonies of the same species in your region simultaneously fly out to mate, or at least as close together as possible. This increases their chances of finding a mate and the successful fertilization of the queens-to-be. The winged ants create mating aggregations (called ‟hilltopping") around trees, bushes, chimneys, towers, trucks and other large or high structures.

These landmarks are used every year and quite a few onlookers gather to watch these large swarms. ‟Flying Ant Day" is a popular social event for many enthusiasts, though over the past few years, these nuptial flights have taken place over the course of a week or month instead of one single day. During one of these seasons, flying ant swarms in the southern part of Britain were so large, they could be seen from space.

How long do flying ants stay around?

Are ants with wings dangerous?

Huge swarms can be a bit intimidating, but the ants have only one thing on their minds: mating. Ants that fly don't present any greater danger to you than your typical ant that crawls, though.

It's highly unlikely ants will bite or sting you while they're flying, however, so don't run headlong into any mating swarms and you should be fine. Do be careful if they are crawling, just as you would with any other ant.

Where do all the flying ants go?

Shortly after mating in these aggregations, the males die — their life's purpose fulfilled. The fertilized females then fly around searching for nesting sites that meet their standards. Each species of ant has their own nesting preferences, with some choosing decaying wood and others colonizing in cracks in the sidewalk or a favorable spot such as soil, a tree hole, or even under shingles.

Unfortunately, this also means they might invade your personal space during their search. If you see winged ants in your home, contacting a pest management professional is your safest course of action.

When the female finds a suitable nesting site, she will break off her wings and never fly again. The new queen goes to work starting her colony. Fun fact: She uses her now useless flying muscles as a nutrition source. This comes in handy with all of the egg-laying she's about to do.

Does seeing a swarm mean you're going to have ants?

It's important to note that the presence of a swarm of flying ants doesn't necessarily mean that you'll get ants in your home, however, it does increase the chance. Remember, the swarms are leaving their colonies to mate and start new colonies. Roughly half of them (the males) will be dead right after mating. Further, not all flying queens will be able to successfully start a new colony. It's tough work and requires that everything fall into place for her: location, genetics, lack of predators, weather and even a little bit of luck.

If you see a swarm of flying ants inside your home, it may mean you have a colony of ants living inside your wall voids or nearby on your property. In that case, call a pest management professional immediately.

What causes flying ants in your house?

There are two reasons you have flying ants in your house. If you see a few ants, it is likely they flew in through a door or window, looking for a swarm. These ants will likely die before they can mate and set up a colony. Simply vacuum them up, dispose of the bag and close up any gaps in screens or windows that would allow other flying ants inside.

If you find a large swarm of flying ants in your home, it is likely you already have a colony somewhere in your walls or under the foundation. Removing the ant swarm isn't enough. You must locate the colony and then use an appropriate treatment to destroy it.

One very important point to make is that winged ants are often mistaken for termites. This can result in disastrous property damage if you ignore what you think are ants, only to discover later you're actually dealing with termites. Here are some quick ways to tell them apart: 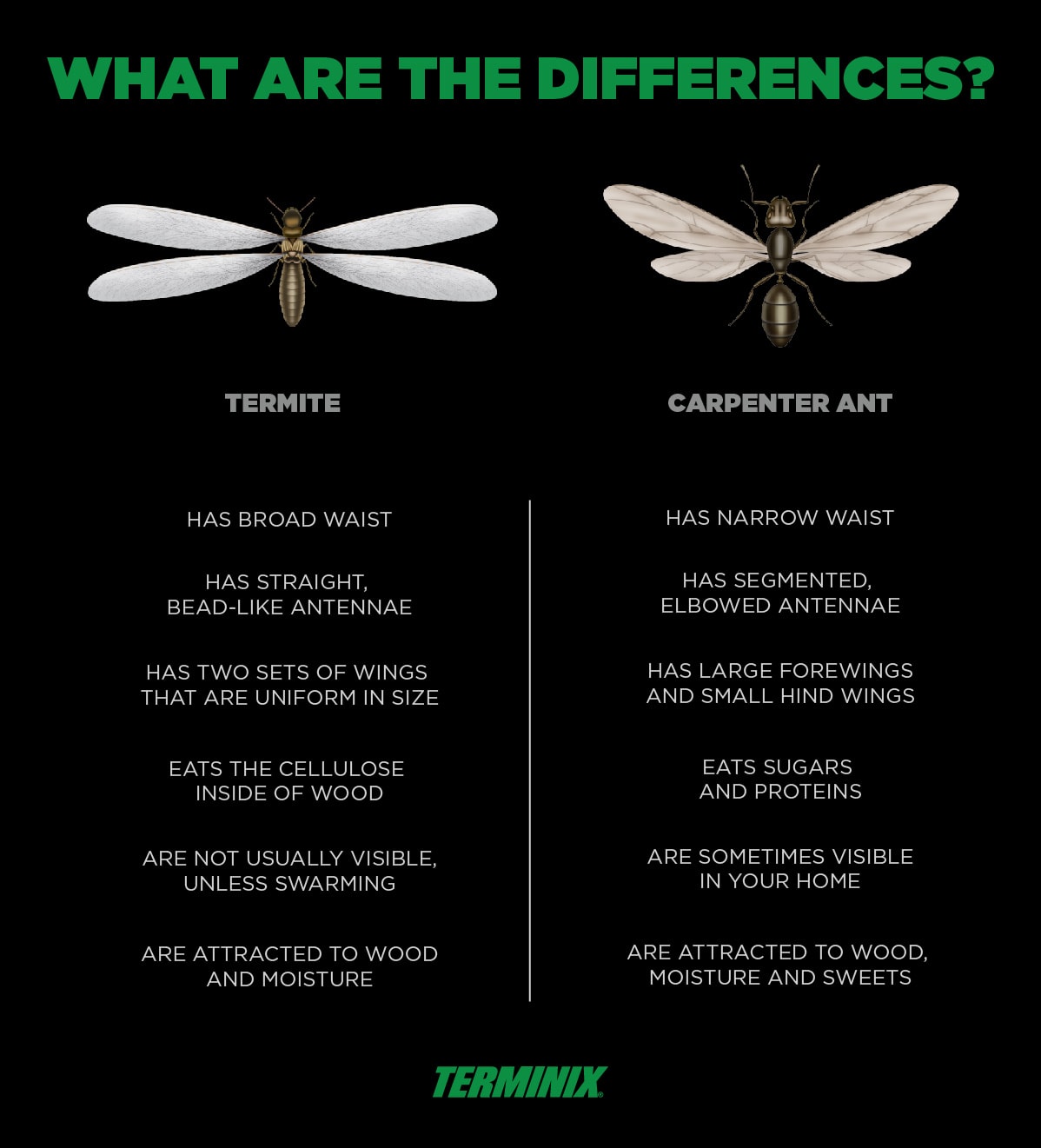 If you see flying ants (or termites) in and around your home, make the smart move and call the professionals.

Whether you're dealing with flying ants or termites, the trained pest professionals at Terminix can help get the problem under control. Call today for a free inspection and help keep your home pest-free this season.