Scroll down to learn about ant types, what they look like, where they live, and more

While it may be fun to hear about ants marching one by one in nursery rhymes, the actual sight of ants parading through your home can be troubling. However, the first step in preventing ants and getting rid of them is learning more about these pests and the proper steps to control them.

Ants are common insects that can be found in most parts of the world. While there are many different species of ants, all ants have a few defining characteristics. They have bodies with three sections: a head, an abdomen and a thorax. In addition, all ants have six legs and bent antennae. Their legs and antennae are long compared to their bodies.

Ants can be black, brown or reddish, and range in size from 1/16 of an inch to 1/2 inch. While most species of ants pose no threat to humans, they can be quite annoying if they invade your home. 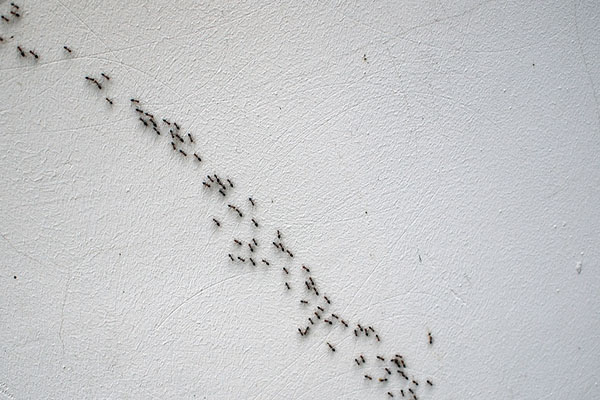 Ants are common household pests because they like to build their nests near food and water sources, and humans tend to unknowingly provide plenty of food for ants. They are social creatures that live in colonies that can contain hundreds of thousands of individuals.

Each ant has an important job within the colony. All worker ants are female. They collect food, build nests and care for the larvae. Male ants, on the other hand, have one job - to mate with the queen ant and produce more offspring. The queen's role is to lay eggs to keep the colony thriving. 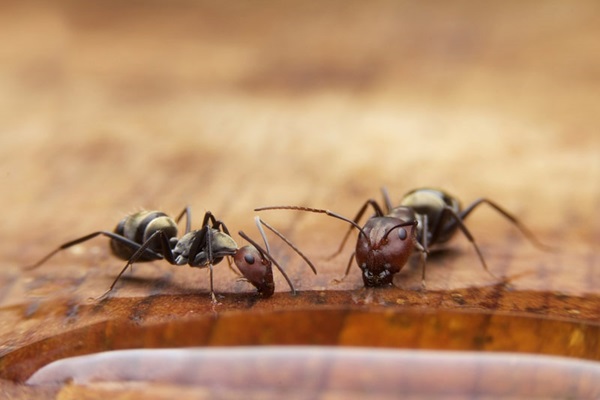 Where can ants live?

Ants can live in nearly any climate, which makes them one of the most common insects throughout the world. Most species of ants build large nests with intricate networks of tunnels.

Ants can create their nests both indoors and out. When building nests outdoors, you may notice small piles of dirt or sand at the entrance. Ants can also live in or around the foundation of your home, or in the walls of your home.

Ants prefer to build their nests near sources of food, water and protection from predators and the elements.

What different types of ants live in the U.S.?

There are many different species of ants that call the United States home. If you think you might have an ant infestation in your home, it's important to understand what type of ants you might be dealing with in order to formulate a plan to get rid of them. Here are some of the most common types of ants and how to identify them.

Carpenter ants are named for their tendency to tunnel and nest in wood. They can cause damage in the walls of your home and can sometimes be mistaken for termites. However, they do not feed on wood like termites do. They simply tunnel through it to create their nests.

Carpenter ants are found in the eastern United States, and are usually black or brown in color. 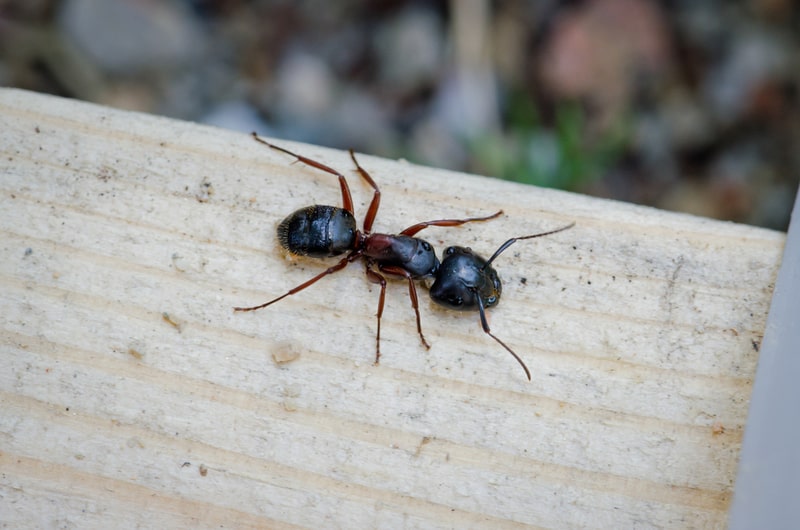 Little black ants are found all over the U.S., and are small, shiny and black, measuring roughly one-eighth of an inch long. Like most species of ants, they will eat nearly anything, but are partial to sweet substances.

Little black ants tend to nest in piles of lumber, rocks, and other debris.

Fire ants are named for their fiery red color and painful sting. If you happen to get too close to their nests, they may attack, biting you and holding on, while injecting you with venom from their stinger. You'll end up with burning, itchy red bumps that disappear within a few days. However, in some instances, fire ants can cause an allergic reaction that requires immediate medical attention, according to the Mayo Clinic.

Fire ants usually live in the southern states, especially in the southeastern Gulf Coast states. They can be found as far north as Tennessee and North Carolina however. 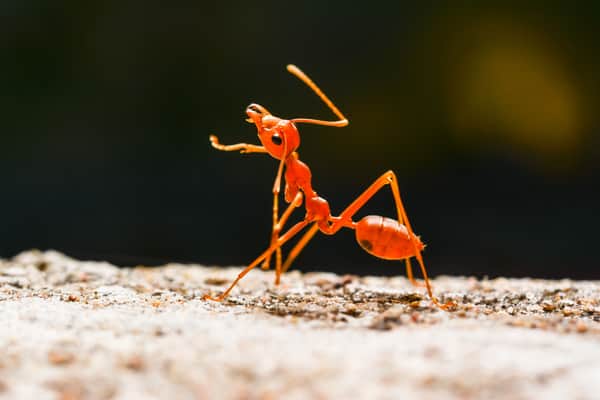 Originating in Argentina, Argentine ants found their way to southern California and the Gulf Coast States by hitching a ride on ships. They are an invasive species in the U.S., and their colonies can grow quite large. Because individual colonies of Argentine ants do not behave aggressively with one another, these colonies often forge bonds that result in “super-colonies" spanning a larger area.

While they're not aggressive with one another, Argentine ants are aggressive with other species of ants. They also can cause damage to plants, feeding off their nectar. They can also become invasive nesting in homes through cracks in walls or the foundation, due to their ability to form super-colonies.

Other Types of Ants

While the species listed above are the most common types of ants, there are a few other species you may find around your home, including:

Ants are so small that it can be difficult to tell which species you're dealing with if you find them in your home. That's why it's important to call in a professional to help deal with your problem. Terminix pest control professionals can quickly identify which species of ant you have in your home and determine the best treatment for that particular species.

Signs of an Ant Infestation

Ants can quickly and quietly invade your home. Most ants are just a nuisance problem, but if they find their way into your pantry, they can get into open food containers, devouring anything they find. Ants leave pheromone trails for their colony-mates, leading them to food and water. That means if one ant finds its way to your food, many more will follow.

If you suspect an ant infestation, look for such signs as lines of ants moving along your walls or floors. Keep an eye out for dirt mounds around your home, as this can be a sign that a colony is building nearby. 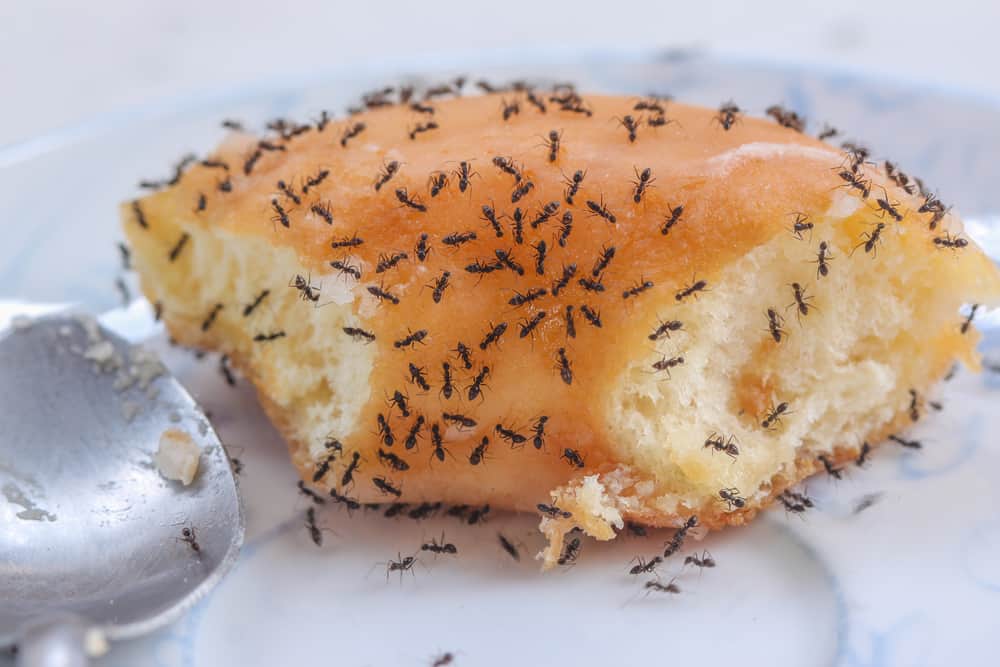 What damage can ants cause?

While most ants aren't destructive, carpenter ants can destroy wooden structures with their tunnels. Like termites, they can cause dangerous structural damage to your home. Carpenter ants will leave behind little piles of sawdust, so that can be a sure sign you're dealing with this destructive species.

How Terminix Treats for Ants in and around Your Home

If you think you may be dealing with an ant infestation, it's important to take the right steps to help control the problem. Because ant colonies can contain hundreds of thousands of individuals, it can be tough to remove them all. While there are over-the-counter pest control solutions, they may not be effective against all species of ants.

That's why it's important to call in the pros at Terminix. We can help identify what type of ant is in your home and what can be done to get rid of them quickly. We can inspect your home, both inside and out, and assess your risk for an infestation.

You don't want to be dealing with ants in your home for months or years. Contact the Terminix team for a free quote, so you can stop worrying about ants and get on with your life.

Ants are one of 13 common pests covered with a Terminix Pest Control Plan.1

Frequently Asked Questions About Ants
How do I get rid of ants in my kitchen?

In the kitchen, ants are commonly found on the counter, inside cabinets and around the dishwasher. To treat an ant infestation, it’s especially important to identify the type of ant involved. Some ant species can be controlled using ant baits, while others cannot. In most cases, the key to success is following the ants back to their colony and treating the colony directly. Terminix service professionals have the experience to identify the species properly and help you get rid of ants.

How do I get rid of Argentine ants?

Argentine ants are one of the more difficult ants to control because the colonies consist of numerous sub-colonies that can be located on neighboring properties. For this reason they may re-invade after treatment, so regular inspections and treatments are essential. Reducing the potential sites where ants could nest on your property is helpful, for example, heavy ground cover like ivy, piles of bricks, flagstones, lumber, etc. Sealing exterior cracks and holes is also helpful in limiting the number of ants seen inside.

How do I get rid of carpenter ants?

How do I get rid of fire ants?

Fire ants can be difficult to eliminate totally because they can re-invade from neighboring properties. Fire ant bait or a residual contact product labeled for fire ants is used to treat individual mounds. Then the entire yard may be baited. Regular fire ant treatment is necessary to keep ants to a minimum. Terminix is well-equipped to provide such treatments.

How do I get rid of pharaoh ants?

Pharaoh ants can only be controlled by use of ant baits. Any residual treatments applied to them can make the problem worse by causing colonies to split into two or more. This ant commonly uses the electrical wiring and plumbing pipes inside walls as “highways” to travel from room to room. It takes an experienced pest control company to control an infestation and keep it from coming back.

How to Identify Different Ant Types

How Long Do Ants Live?