General Information On The Different Types of Ticks

There are numerous types of ticks to be aware of. Learn more about the different species of ticks that you may have to deal with. 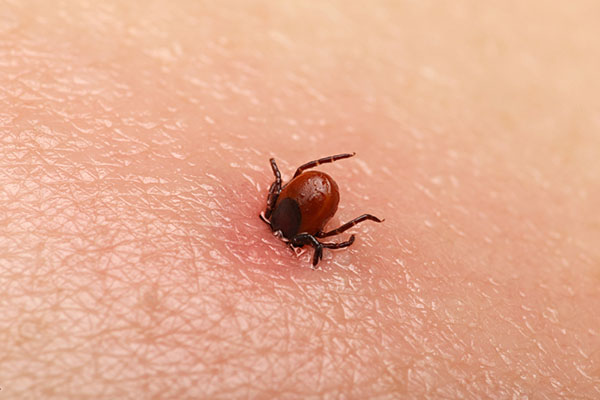 There are roughly 850 species of ticks around the world, but only 90 of them are found in the United States. Of these, a handful can carry pathogens which can result in disease for humans or animals. There are numerous types of ticks found across the country, and they fall into two categories: hard-shell ticks and soft-shell ticks.

These tick types belong to the family Ioxidae, and undergo three main life stages: larval, nymph and adult. They require one blood meal from a different host animal for each life stage, which is why they are often called "three host ticks." A tick may take up to three days to finish a blood meal, before detaching from the host. The blood causes their bodies to distend during a feeding. Their development can take between 90 days to three years to complete. This type of tick can usually be found in wooded, brush-filled areas, or in areas where there are tall grasses and weeds. Females are larger than males, and may have different coloration. The mouthparts of these types of ticks are usually visible. Most species of hard-shell ticks are diurnal, seeking out hosts to feed on during the day. A female lays 3,000 to 8,000 eggs in one large batch, after which she dies. Here are some common species of hard-shell ticks (information below is from the CDC):

These ticks belong to the family Argasidae. They also undergo three stages of development, but it is hard to distinguish between stages because they have multiple nymphal molts. Soft-shell ticks require several blood meals for each stage, and feed for a few minutes to a few days, depending on the host. Their skin, which appears leathery, will stretch, but not distend during a meal. They have a slower life cycle, taking up to two years to mature for most species, and can live up to a decade. Their mouthparts are located on their underside and are not visible. These types of ticks are usually found in animal burrows, nests or caves. Males and females are about the same size and coloration. Soft-shell ticks are primarily nocturnal. Females will lay multiple, small batches of eggs, typically after each blood meal. Soft-shell ticks are able to go up to a year without a blood meal before dying of starvation. Here are some common types of soft-shell ticks:

Now that you know about the different types of ticks, you can be on the lookout for them in your home and yard. If you find these pests in your yard, contact the tick control professionals at Terminix® to help.