WHAT TO DO IF YOU GET STUNG BY A SCORPION 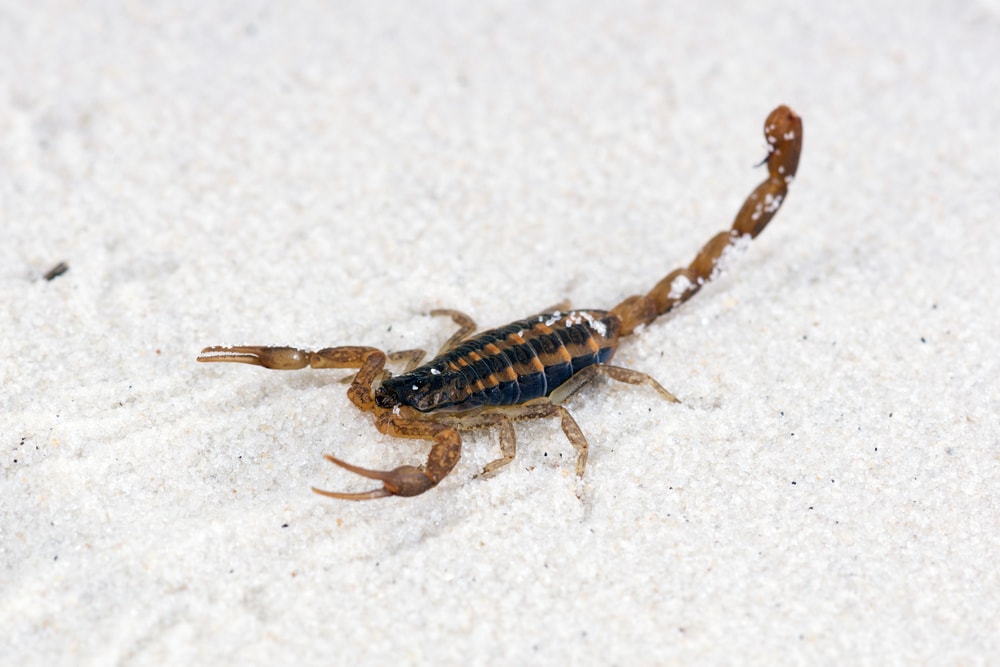 Today, an estimated 1,500 species of scorpions call the planet home. However, here in the United States, only approximately 90 species of scorpions can be found. No one wants to be stung by one of these fearsome-looking creatures. Even in mild doses, the neurotoxins contained in scorpion venom can attack the central nervous system. How serious is a scorpion sting, and what should you do if you get stung?

WHY DO SCORPIONS STING?
An effective way to help avoid being stung by a scorpion is to understand why they sting at all. Scorpions are hunters. They use their venom — contained in their characteristically hooked tail — to paralyze the small insect prey on which they feed and to protect themselves against predators. Once incapacitated, a scorpion can then grasp its prey with its other distinctive feature: its prominent claws.

Though rare, scorpions do sometimes sting humans. Of course, no matter how aggressive it is, scorpions probably don't sting humans in hopes of enjoying a feast. Human stings are most often due to the scorpion feeling threatened. Their sting is their best defense against being attacked or getting crushed.

The Mayo Clinic also says that signs and symptoms of more severe and widespread venom effects, which often occurs in children who are stung, includes:

WHAT SHOULD YOU DO IF YOU’VE BEEN STUNG BY A SCORPION?
Though painful, most common scorpion stings don't need medical treatment. However, if symptoms are severe (as described above), then the Mayo Clinic recommends seeing a doctor who can determine necessary treatment measures based on your signs and symptoms.

WAYS TO HELP KEEP SCORPIONS OUT OF YOUR HOUSE
Scorpions sometimes make their way indoors, especially when their natural outdoor habitat is disturbed by seasonal changes or human development. You can help deter scorpions from finding refuge in your home by:

You can also check for the presence of these pests in your basement or in your house’s crawl space using a blacklight. Scorpions fluoresce under certain frequencies of ultraviolet (UV) radiation. With the right equipment, you can likely see them in the dark.

If you’re dealing with a scorpion infestation, or if you live in an area where scorpions are prevalent and want to take preventative measures to help keep them out of your home, call Terminix® today and let our pest control professionals help keep your home and family safe from these pests.