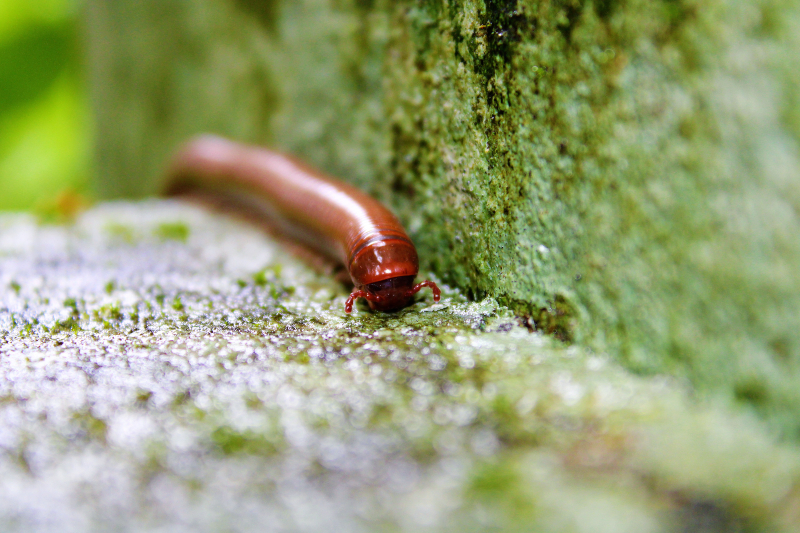 What is a millipede?

As stated before, around 1000 millipede species live in the United States alone. Before we go into species of millipedes though, let’s look at the class as a whole. You may be wondering what a millipede is if it isn’t an insect, since insects famously have only six legs and millipedes can have 100 times that amount. Millipedes are arthropods, specifically myriapods. Other arthropods include centipedes, insects, spiders and scorpions, and crustacea ns including crabs. Centipedes are also myriapods, and while similar to Millipedes, there are many differences. For one thing, centipedes have two legs per segment while millipedes have four legs per body segment. Millipedes also typically have round, cylindrical bodies, as opposed to a centipede’s flat body. And, while centipedes are predators and feed on a variety of arthropods; millipedes feed on organic matter and help break down organic matter in the soil.

The millipedes might only live for a few days indoors. Mostly they’ll be found in the yard where they can feed on decaying organic matter, such as leaves