Why Homeowners Should Worry About Rat Infestations

If you’re like most people, you cringe at the thought of a rat infestation. These rodents don’t generally have a reputation for being cute and cuddly, so thoughts of rats in the attic or crawl space can be unsettling. But the heebie-jeebies aren’t the only reason you should be concerned about rats in your house. 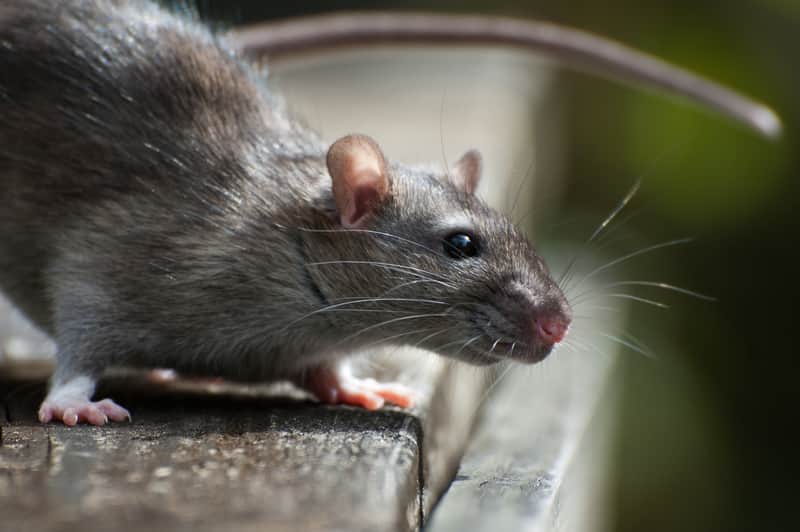 Learn about the problems that can accompany a rodent problem, as well as how to get rid of rats in your house.

Dangers Associated With a Rat Infestation

One of the main reasons rats are often unwelcome house guests is that they can carry pathogens that may transmit disease to humans, including hantavirus. Some of these pathogens can be transmitted through the rat’s urine and droppings, which become airborne as they break down and contaminate other dust particles. This means that you may be exposed to pathogens even if you don’t actually see a rat. This is also why you should not disturb a rodent nest if you find it. Instead, call a rodent control professional.

In addition, rats can cause damage to your home. They can damage metal or plastic pipes, wooden beams and joists and, sometimes, soft concrete. They’re also able to easily chew through the plastic coatings on electrical wiring, which could lead to short circuits or even house fires. And on top of all that, rats are notorious for getting into your food stores, as well as damaging insulation in walls, attics and crawl spaces.

Oh, and rats are prolific breeders, which means that if you’re not actively taking steps to control a rat infestation, which may include many rats and could be growing by the week. Rats normally produce 12-15 pups per litter and in the wild, they usually have 2 litters per year (fall and spring).

Where Rats Can Be Found in the House

These rodents will live almost anywhere in your house, which is why you’ve probably heard of people who had rats in attics, crawl spaces, walls or in old furniture. Rats can even live in chimneys. Where the rats are found nesting, including where you live geographically, can often help you determine which species you're dealing with.

Roof rats, which are good climbers, generally nest in attics, while Norway rats are most often nesting in the ground area or inside your crawl space. These rats are mostly found along coastal areas in the United States. Knowing which species of rat you're dealing with can help professionals better customize a solution to remove the infestation and keep future rats out.

Wondering how rats get inside in the first place? Well, they can squeeze through very small holes — about the size of a quarter — to gain access to your home. Additionally, they have strong teeth, so if they find an opening that’s too small for them, they may gnaw on it until they can fit through.

As mentioned before, some rats, like the roof rat, are excellent climbers, so they can enter your house via tree branches and vines, like ivy. And, of course, they can easily crawl through pipes and dryer vents that haven’t been covered.

How to Help Get Rid of a Rat Infestation

If you're dealing with a rat infestation in your home, you shouldn't try to handle the problem yourself. DIY home remedies and treatment methods may seem tempting, but you could end up costing yourself more money and headache in the long run with failed attempts at control.

Instead, you should contact a rodent control professional. When you contact Terminix®, a technician will inspect your home to identify which species of rat you’re dealing with and determine the most effective way to get the rats out. On top of that, the technician will recommend a customized solution to keep them from coming back.


Or learn more about rats