Why Are Bees Important?

You’ve probably heard the phrase “Save the bees” in the last few years. But you might not know why it’s a detriment that our bee population is in danger—or why bees are so important in the first place. Bees are small after all, most around half an inch in size. How could one insect smaller than a quarter contribute so much to life on earth? But even if it seems improbable, bees are that important, and they are a valuable species in many different ecosystems. Keep reading to learn why. 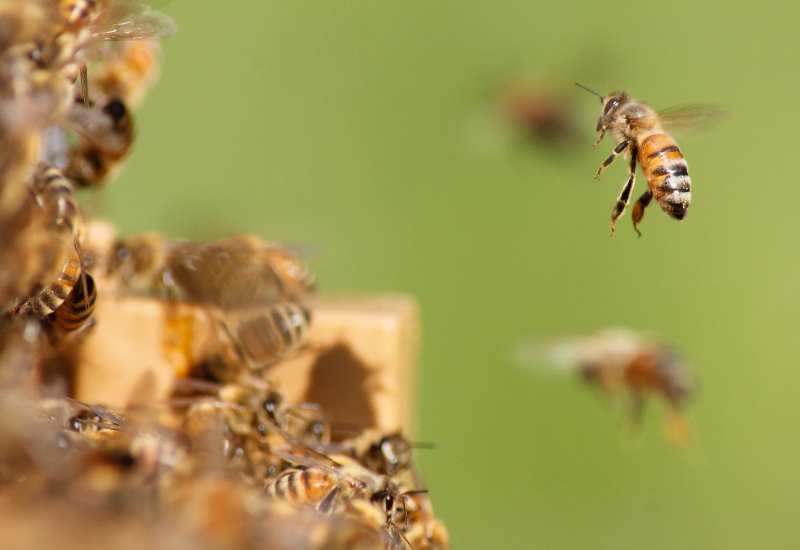 According to the USDA, over one-third of all crop production requires insect pollination, with honey bees carrying the bulk of this work in the United States. In fact, some estimates claim that honey bees contribute at least $15 billion a year to the economy by the work they do pollinating. As bees visit flowering plants to collect food, they carry pollen from one plant to another, depositing it in such a way that a plant can reproduce. Plant pollination is important to produce the food that humans eat and the crops used to feed livestock.

While it’s easy to see the importance of pollination for the food we eat, it’s important to remember that bees are an integral part of more than just human life: They are necessary for other plants and animals around the world. Many species of bees help pollinate the plants in the areas they are native to promoting genetic diversity in those plants and providing food for animals. It’s true that there are other means for natural plant pollination, including the wind, birds, bats, and other insects, but nothing with quite the breadth and depth that bees offer.

Of the 20,000 different species of bees, honey bees are probably the most well-known, but they only make up a small percentage of all the bee species. Honey bees are distinct in a few ways, but perhaps the most obvious distinction is in their name: They produce honey. In fact, domesticated honey bee hives (meaning the bees and their hives that a beekeeper takes care of) produce approximately 175 million pounds of honey a year in the United States. During the honey bee life cycle, bee larvae are fed honey before they turn into adult bees. And while honey is an important part of the honey bee life cycle, it’s also important for other animals. You already know that humans harvest honey, but other animals also enjoy the sweet substance, including:

Not to mention, bees themselves can be a source of food for some animals, meaning they contribute to various food chains at all stages in their lives.

In addition to harvesting honey, humans also harvest the wax that bees produce. Beeswax is used in a variety of ways, including for candles, in cosmetics, and in various polishes. All this to say–bees are important for the food they help us produce, and the materials they produce in their hives.

Why are bees in trouble?

Since bees are so important, you might be asking yourself what started the recent concern in bee health. In the mid-2000s, there was a spike in the decline of honey bees in the United States, and the term “colony collapse disorder” was coined. Colony collapse disorder, or CCD, refers to the sudden disappearance of worker bees from a hive, leaving behind the queen bee and nurse bees. Some scientists believe worker bees become disoriented and are unable to navigate their way back to their nest. And it’s not just the United States that is dealing with this problem; CCD has been reported across the world. There is no one consensus for what could cause CCD, but there are a few widely believed factors:

Involving the greater public is a helpful place to start when it comes to helping out bee populations. In addition to the simple ways to help our bee population such as planting bee-friendly plants, there has also been an insurgence of innovative solutions to help bee populations recuperate. For example, some urban areas have taken to housing bees on rooftops. So while dwindling bee populations may seem discouraging, there’s a lot that can be done with innovation and collaboration.