Many insects make nightly mating calls to attract a mate. In most species, the male sings to attract the female, who finds him if she likes his song and is ready to mate.

Several flying insects and other nocturnal animals make distinctive noises, and recognizing those sounds can help you identify what kind of bug or pest is visiting your house or yard. Here’s how to identify the sounds made by some common household insects and other critters:

Why do crickets chirp?

Instead of using them for flying, male crickets use their wings to make chirping sounds to attract a mate. Cricket chirps are musical to the human ear because their frequencies are low and pure. Crickets are nighttime singers, and their chirps are separated by several seconds of silence. You can even tell the temperature outside based on how often the crickets chirp. Count the number of chirps you hear in 15 seconds, and then add 37 to find a rough estimate of the temperature outside. 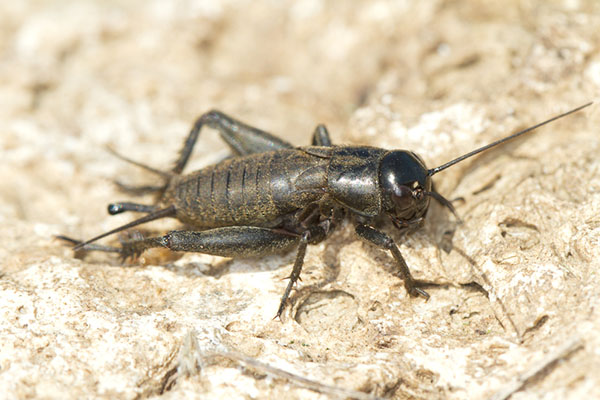 Why do katydids buzz?

The male katydid rubs its wings together to make a sound as part of his courtship ritual. His mating song sounds buzzy, raspy or whiny to the human ear because its frequencies are higher and less pure than that of the cricket. If you hear a loud, pulsing noise that sounds like “eh eh eh” or “Katy did" coming out of the trees at night, you're most likely hearing katydids. 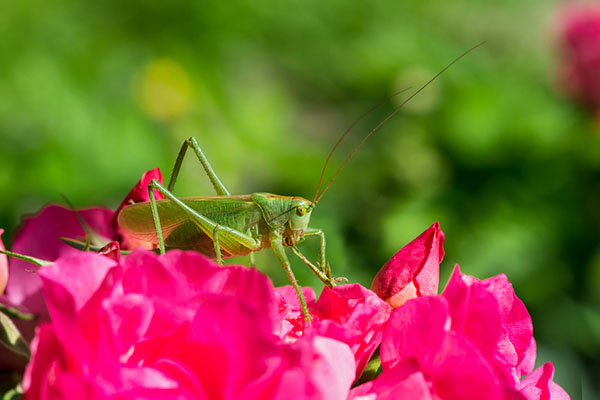 Hear a katydid by clicking here.

Why do mosquitoes whine?

A mosquito’s wings beat 300 to 600 times per second, producing that buzzing sound you hear before a mosquito lands on you and bites you. Most female mosquitoes are actively searching for a blood meal in the evening hours, from dusk until two to three hours after dark. During the daytime, female mosquitoes generally rest in cooler vegetated areas where the humidity is higher and they're protected from drying out. Females will often bite in the daytime if people or animals invade the wooded areas where they are resting. 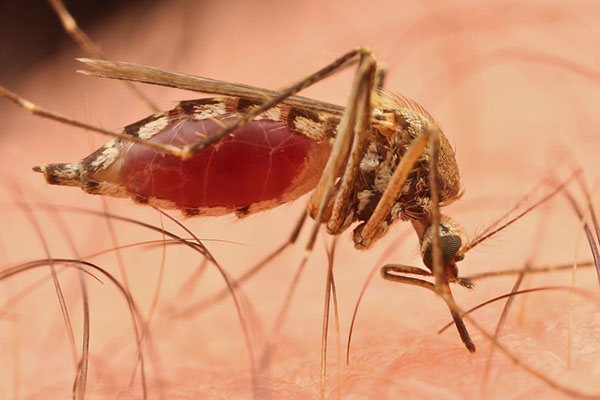 Hear a mosquito by clicking here

Why do frogs croak?

All male frogs and toads have breeding voices they use to attract females. Males produce their mating calls by closing their mouths and noses and forcing air back and forth from their lungs to their mouths. As the air passes over their vocal chords, it makes a distinct sound. Balloon-like voice sacs amplify the sounds. On spring and summer evenings, you can hear frog songs near ponds, creeks, marshes, meadows or woodlands.

Check out some frog songs by clicking here.

Why do rats and mice squeak?

Most rodent sounds can be heard at night. Listen for the scratching sounds of tiny feet as rats and mice scurry around in your attic. You may hear rodents gnawing, scratching and fighting. Young rodents often squeak while they’re in the nest.

Hear the mating song of a mouse here.

It's possible to identify common insects and other creatures without seeing them if you learn to recognize their distinctive sounds. Knowing what kind of creatures you've got hanging out in or near your home means you can take steps to control any invasive pests, if necessary.